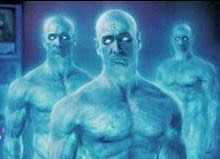 209 GESERA nations led by military powers Russia, China and the US Republic have all agreed to execute a faux reality roll out strategy, that ends in full disclosure of alien life existence on the surface of the earth.

Included in this disclosure is the multi-millennia cover up (aka cabal) designed by higher or hive minds to hide both non-human existence and the perpetual enslavement of humanity since the times of Atlantis and Lemuria.

Immediate full disclosure of such revelations would be incredibly dangerous to share, as to speak such truths to a mass audience that does not yet know it is even enslaved could quickly become a fear based suicidal event.

This particular US election cycle was chosen as was the subsequent Trump presidency as a vehicle to releasing “real truths” about all the hidden enslaved or repressed aspects of the human condition as well as up coming planetary changes that are already occurring due to inner earth pole shift.

A major transitionary event is soon to occur and drive divine human collective ascension, permanently vibrationally elevating every living cell, species and eco-system remaining on the planet… in a benevolent and peaceful manner.

Offered from the Source of Love