In previous articles, we covered the Mahabharata and the countless powerful weapons described in it.

According to Ancient Hindu history –one of the most extensive on the planet– their ancient sacred texts called the ‘Vedas’ speak of incredible flying ships that visited our planet over 6000 years ago. 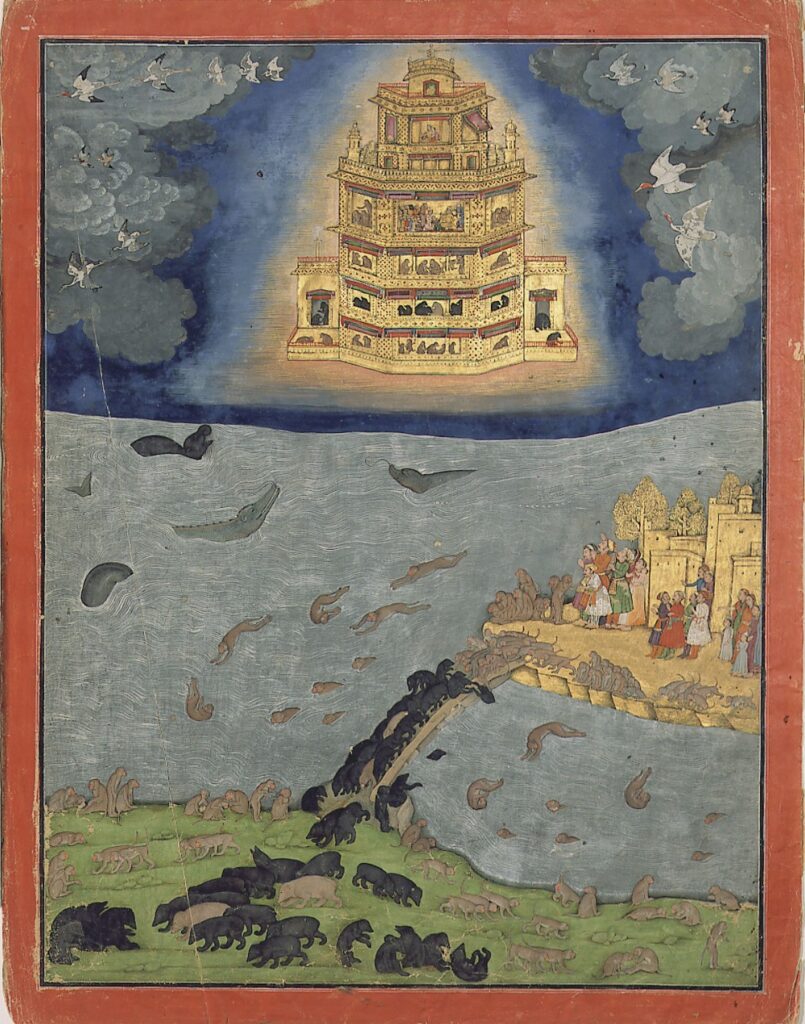 In this article, we take a look at the Vimana, more specifically, the ancient Pushpaka Vimana, a powerful ancient flying vehicle described in Hindu texts and Sanskrit epics.

The Pushpaka Vimana of king Ravana (who captured the Vimana from Lord Kubera; and Rama returned it to Kubera) is the most quoted example of a vimana.

If we take a look at ancient Sanskrit and the etymology of the Vimana, we will find that it means “measuring out, traversing” or “having been measured out”.

Reference to the ancient Vimana can be found in the Mahabharata, which is one of the two major Sanskrit epics of ancient India:

“At Rama`s behest, the magnificent chariot rose up to a mountain of cloud with a tremendous din. Another passage reads: Bhima flew with his Vimana on an enormous ray which was as brilliant as the sun and made a noise like the thunder of a storm.

Author Monier Monier-Williams—the second Boden Professor of Sanskrit at Oxford University describes the Ancient Vimana as “a car or a chariot of the gods, any self-moving aerial car sometimes serving as a seat or throne, sometimes self-moving and carrying its occupant through the air; other descriptions make the Vimana more like a house or palace, and one kind is said to be seven stories high,” quoting the Pushpaka Vimana as one of the most worthy examples.

In modern languages, Vimana is usually translated to aircraft.

In many depictions of Vimana, we see these powerful, alleged machines, depicted as being as big as a temple. 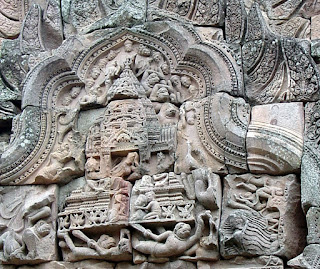 Sculpture of the Pushpaka Vimana, as a temple flying in the sky. Image Credit: Wikimedia Commons.CC BY-SA 4.0

In ancient Sanskrit Epics, the Vimana were the so-called flying chariots used by a number of different ancient Gods.

Various Vedic deities are described as using, flying, wheeled chariots to move from one place to another.

Some verses of ancient texts have been interpreted by different authors as evidence of ‘mechanical birds’.

In the Rigveda (an ancient Indian collection of Vedic Sanskrit hymns), for example, we find the following description:

“Dark the descent: the birds are golden-coloured; up to the heaven they fly robed in the waters. Again, descend they from the seat of Order, and all the earth is moistened with their fatness. Twelve are the fellies, and the wheel is single; three are the naves. What man hath understood it? Therein are set together spokes three hundred and sixty, which in nowise can be loosened.”—The Hymns of the Rigveda by Ralph Thomas Hotchkin Griffith.

According to Swami Dayananda Saraswati— a renowned scholar of the Vedic lore and Sanskrit language—the ancient Vimana were powerful spacecraft:

The Pushpaka Vimana is usually described as a mythological flying palace or chariot.

In the Ramayana, we find another extraordinary description of the Vimana, more specifically the Pushpaka Vimana:

“The Pushpaka Vimana that resembles the Sun and belongs to my brother was brought by the powerful Ravana; that aerial and excellent Vimana going everywhere at will … that chariot resembling a bright cloud in the sky … and the King [Rama] got in, and the excellent chariot at the command of the Raghira, rose up into the higher atmosphere.'”