All you need do is browse the headlines at one publication like Freedom Outpost to see that this mid-term election in America was FUBAR.

The corruption is unparalleled and unabashedly blatant. It’s downright astonishing. The criminals are stealing the rights of the American people to a fair and honest election to CHOOSE their representatives.

The results thus far tabulated in no way represent what The People thought they were going to get and stated that they wanted.

When you look at the maps of the results (above) provided by QAnon it’s clear there was a massive tsunami of red from coast to coast. It’s also clear that the areas where immigrants have been funnelled and where the dimms are concentrated are sporting an oddly blue hue. It’s not rocket science.

Take a look at most of the headlines at the website below and remember to prop up your jaw because if you’re not prepared, it will shatter when it hits the floor.

The gall of these people doesn’t register because they are officially insane. They have taken leave of their senses and are dangerous. They’re completely out of order. LOCK THEM UP.

The situation at this point is so staggering all I can do is laugh. These results will not stand—and when one considers that these liars, cheats and thieves suggest they are the ones to run the country… I’m speechless. Do they think we’re blind?

I wouldn’t let the FBI near this. They are not all to be trusted, unfortunately.

In the end, we may even find the Republicans take the House and we can dispense with the absurd gun grabbing once and for all. ~ BP 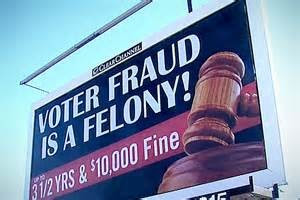 from Freedom Outpost – You don’t even need to read these articles but may want to pass some on. Newest stories are top of the list.

Democrats Stealing Elections In Florida, Arizona & Missouri – Feds May Get Involved In Recount