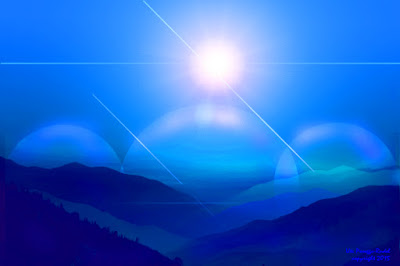 Conversation With the Arcturians–Shawnna and Arcturians through Sue Lie

Arcturians: Blessings, we are the Arcturians. We are here within this meeting and are ready to answer any of your questions.

Shawnna: Thank you. We appreciate your attention and guidance and we’re excited to start our next phase of activity. We have several ideas in mind and are seeking guidance on what you felt was important or a priority within the next few months.

Arcturians: We suggest that the first thing should be the Preparing For First Contact book, because the book is completed now and ready to go out. The book has a very positive focus, which is important in the midst of the challenges within your NOW.

The positive focus of the book, Preparing for First Contact, will assure people that they are not alone, and have never been alone. The landings are not “extraterrestrials,” but humanity’s own fifth-dimensional self. Hence, instead of the landing being any kind of “new people” coming to Earth, or any form of invasion, there will be a grand reunion with everyone’s fifth dimensional expression of SELF.

Therefore, please put the on the advertisements, “The Grand Reunion with our Fifth-Dimensional expressions of self.”

Arcturians: Did you have another question?

Shawnna: Yes. I think that’s perfect guidance. I think that it is this important message that we should focus on, as it will be a very impactful means to share, as well as a perfect form of promotion and description. We will also accompany the release of the book with a webinar series.

Arcturians: Yes, this information is much needed, especially in the United States because it is something that people can doand something that is hopeful and will bring in a sense of greater unity, not just of their own Higher SELF, but also with their family of Higher Selves, as well as how that higher family assists us in our third-dimensional lives.

We can focus on the expansion of our reality, which will allow people to remember that what is occurring is occurring primarily on the 3-D matrix, and is not the heart and soul of the planet. It’s just the 3d matrix which was created to distract humanity from any thoughts of returning home or ascending back to their Higher Selves.

Shawnna: Yes, and that’s very helpful too, because we were curious how the unity concept could be tied in. I think that this a perfect way to integrate the concept.

However, the other beings, human and non-human, are ascending with the planet, such as the animal kingdom, the plant kingdom, the mineral kingdom. And the kingdom that is having the most difficulty with the process of ascension would be the human kingdom.

So we would suggest that the connection of the human kingdom to all of the other kingdoms would be an important issue. We Arcturians have told Suzille from the beginning that it was important to focus on the planet because the mental abilities of a human being are not enough to guide them into the process of ascension.

Humanity will need to connect with the mental abilities of the Earth. Therefore, we would suggest that you remind humanity on Earth to be representative of the living, loving being known as Gaia. In that manner, humanity can remember how to communicate with, and receive communication from, Gaia.

When this occurs, that will change their behavior because, what people do to the planet they wouldn’t do to their worst friend. However, because they think of Gaia as a “thing” they do many unkind, and definitely unloving things to the planet that is their home.

Shawnna: Yes, I just got an infusion of some creative ideas and how we can do that, such as via direct communication with the planet, and by fostering that relationship by thinking about and assisting Gaia as a part of their daily routine with their Higher Self connection. That’s an aspect that we can include as well.

Arcturians: Yes, if you would go ahead and say them now so they are on the recording. Then you won’t forget your ideas either. Please, go ahead and state your ideas, and we will interact with you.

Shawnna: Well, I think we could intertwine with the preparing for first contact or the unity consciousness together with the planet on a daily basis. That can be an affirmation, and/or a meditation. I’m thinking something simple that everyone can grasp and add to their daily routine. That way it’s ingrained in their consciousness and can become a habit.

The reason why these challenges have come up is because the forces of darkness are aware that the “boat is leaving soon” and they’re not going to be able to get on it. So they don’t want the boat (planet) to leave. They want to distract people and get them worked up about what is wrong, and who said what, instead of realizing that what is happening with the chatter on the news is, and has been, a distraction to forget that it’s not about politics.

Shawnna: Well that’s very helpful. I think we can take in all of these important concepts because it feels like we are able to focus on that connection, and refocusing people on what’s important. You’re correct that the distractions are at a pretty high level at this time. We see it everywhere.

We do wish to remind you that there are those that are in leadership that don’t actually really live on the planet. They are living on the matrix. And, as they live on the matrix they go to their place that is distant and apart from what is actually occurring and go into their selfishness about how they can get what they want. These selfish tendencies show up in people’s behavior, and words and ideas and choices.

On the other hand, there is a recognition amongst those who are united with the planet, and are able to function from light and love. The people are able to recognize each other by their expanded auras and open heart.

Arcturians: That is true, and the people who are in tune with “service to others” and “service to the planet” are expanding their consciousness into the fifth dimensional state of Unity Consciousness with ALL life. These people will begin to go through the transitions of expanding their consciousness into the fifth dimension, which will move them increasingly out of the illusion of time and more into the reality of the HERE and the NOW.

The fifth dimension is something that has always existed, but you forgot about it when you took your third dimensional earth vessel! Some members of humanity think that they are creating it, but the fifth dimension was created long before the third. Creation of light begins in the higher dimensional realities and works its way into the lower dimensions.

This type of thing will occur more and more, as people, eventually, and within their own “timeline,” begin to find their portal to the fifth dimension. But, we are not speaking of a physical portal. The portal that we speak of is a Consciousness Portal.

Shawnna: It’s always helpful to have descriptions and experiences, such as the things that come through in the books to guide us and enable us to understand what it is like, what it looks like, how we can experience the higher dimensions. We look forward to seeing how that story unfolds.

Arcturians: Yes, as we have told Suzille long ago, “The truth is best told in a good story.” Then different people can accept the truth in the manner, in the fashion, and in the way that blends best with them. If the truth is shouted at them, or dictated to them, they move away from it because Gaia is a planet which people chose to incarnate on to “find their SELF.”

Shawnna: It feels like we’re coming full circle, back to the book, Preparing for First Contact, where there’s a recognition and an awareness that that book will bring about that – hey, it’s really us, our Higher Dimensional SELF. Like you said, it is to be a reunion.

When that hope is provided, more and more people will be excited about the future and will start investigating the truth of why they’re here, why they’re having these experiences and seeing themselves from a higher perspective. It is so empowering when you recognize what this is about. We are remembering, healing, transmuting and expanding consciousness.

Arcturians: Yes, the book “Preparing for First Contact” is complete, ready to be dispersed, and we will soon have a Webinar about it. Hope you can all join us then.

Blessings from, We the Arcturians

Shawnna: And blessings from Sue Lie and Shawnna Donop