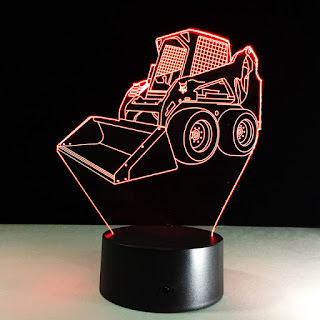 August has come in with a brigade of energetic bulldozers! Holy macaroni! Last week I’ve been feeling the SEETHING, coming from the controllers which became a burning heat when Peter Strzok was fired.

Denice texted me a couple of days ago about experiencing heart flips (something she feels when there’s been a change in timelines or energies) so hard they almost hurt, and at the same time my intestines decided to do a full on purge and I barely made it to a hastily chosen McDonald’s to deal with that. I figured that was not anything I ate, and the timing with Denice’s symptoms indicated we were feeling the controllers, this kind of thing with different symptoms has happened before. and within minutes Fox News reported John Brennan was striped of his security clearances.

More is sure to come for others, who have attempted and failed a Presidential coup, against a lawfully elected leader. Now a group of a dozen or so former deep state directors has come out against Trump and made their loyalties (or lack thereof to a sitting President) known. One even dared the President to strip him of his security clearances. That could happen! Be careful of what you ask for!

Yesterday the energies shifted to a blissful tone.

The chaos of what no longer serves is still yelling and pointing fingers as it tries to cling to old tactics that no longer work in these frequencies. A lot of this is now related to the mid term Congressional elections which come up in the USA every two years. The deep state is hoping to fend off further investigations, and crushing the current one into the FBI and DOJ by the House of Representatives, by getting a political majority there.

For about two years now I have been selective about what energies I put out there, which has meant being very careful what I do put out there with my energy on it. I am having a number of new facilities coming on line, albeit at times intermittently. Memories have been returning of Galactic council meetings and what those rooms look like. I am remembering things I have created and done. And I have mixed emotions about how much of that to relate, what is useful to others growth and what is perhaps not helpful to anyone but me?

I was driving some Chinese manufacturing contractors from a local shoe maker’s design campus the other day. These design centers are scattered about Beaverton a bit like how Microsoft has their campuses in Redmond and Bellevue. They were headed to a downtown Portland restaurant. They were chatting away in Chinese, one guy in his late 40s, and another in his early 30s. I didn’t understand the words themselves but I decided to “feel into” the conversation like I would with Thor or Sherr An. I was pretty sure I was getting the gist of the conversation which was kind of insulting comments about the relative intelligence of the people they just met. I have always had my self doubts when doing this kind of intuitive work, but there were moments when they lapsed into English phrases for which there was no convenient Chinese one, and I was kind of stunned about how accurate what I was getting was when the two aligned and I could verify it with the English! Do I know Chinese? No. At least not yet. I was getting the thoughts behind the words before they were mapped onto the Chinese characters and phonetics. I believe that is essentially telepathy.

For those of you new to this blog, in 2015 I learned of the multidimensional nature of all humans. Nearly every human has two or three other instances of themselves in other realms. Those realms are merging – yet the beings themselves are not going away. Those that “have been around awhile” have quite a few inbodyments or in formlessness as their essences expanded with experiences. Known to readers of this blog as instances of my energy frequency are Thor, Ashtar Sherr An (not to be confused with his similar looking father Ashtar Sherr On), Riggolt, and at least 4 known humans on this planet that I won’t identify right now.

The being I call “Nabrac” or sometimes referred as “Nabrach” is slightly different. Heather doesn’t put a name to it, just calls him “the all of you”. When I was born into this form in the 1950s just about a year after the first H-Bomb test, the frequencies of that time only allowed a portion of me to come into this form. The rest simply just would not fit into this body and the energies so high they would have overwhelmed the body and possibly extinguished it And the conditions/”essence contracts” (all such since canceled in law) of the time didn’t allow memories to be carried into a new form from other “incarnations”.

I came in every bit as helpless and amnesiac as everyone else. Your experience has genuinely been mine too. I have always had a sense I was very ancient and came her to do something big. I just never really knew what.

My memories were kept with Nabrac who continued to operate in every realm as what Heather would term a “Universal”. You can think of Universals as “ETs” that don’t require ships to go places, they are of very high frequency and can change appearances as the need requires. Universals have been called “Angels” but so have a lot of ETs. Religions tend to simplify things into a few rigid categories. After Heather’s arrest, Nabrac, from what I understand, gave up his Universal role and has been integrating energetically with me in a kind of fusion process and what comes through really depends on the frequency I am at any given moment. The fusion moment was expected by Heather but a surprise to me. It’s been a slow process, and that’s probably due to my age and concern for me, by all of me. Through my work with Stan X of the Data Collectors I was able to build up a rough frame work of understanding of my existence through the eons. And as the images and memories return I am able to make sense of the huge amount of data that is in those memories.

Unlike Heather, and a few others I know, I decided to come into this life earlier and with hardly any information and not all that awake. Heather came in extraordinarily awake, she had a very specific law task to do that she has never wavered from. I don’t think I would repeat my choice of the 1950s, hers seems to have been more effective, but she has had some very lonely moments too not having anyone to talk to who could quite understand what she knew. Now there are thousands if not millions.

I have been making very good progress. My memories are returning, and I believe they are all there, its the accessing and “indexing” of them that is taking sometime. In urgent moments I have been astounded by how quickly I do get what I need, so i am not complaining, but for whatever reason I had in the 1950s I decided to do it this way and have to work with what I have as to this form.

Heather and I talked about this on a few occasions, she made the comment that I had chosen to learn humility by this experience. I believe there is truth in that. And I have known there was a prior agreement with her to assist me when it came time to for me to regain my full self and abilities. And she has helped me in numerous very unique methods of mentoring. She knew who I was from the first phone call to me, I recognized her voice but didn’t have the full picture until the summer of 2015. Its been a long creative collaboration since the dawn of existence. We didn’t partner to create a family in this life.

How does a being who was created so capable, learn humility? By experiencing being not so capable. By experiencing what its like to not have your ideal body. You have to feel what its like otherwise you can never understand. I suspect this is not just true for me but for most of you as well, you are far more capable than you can imagine. Everyone is a master before coming here. I had no idea of what memories were in store for me, but for some reason I felt it was important to write about that road to discovery since 2012.

“FEELING” is key to almost all higher abilities. And its the very thing most of us have been programmed to ignore. When you feel into things you move into the quantum of existence to feel what is. Your heart has all data, its your personal portal to ALL of Source itself.