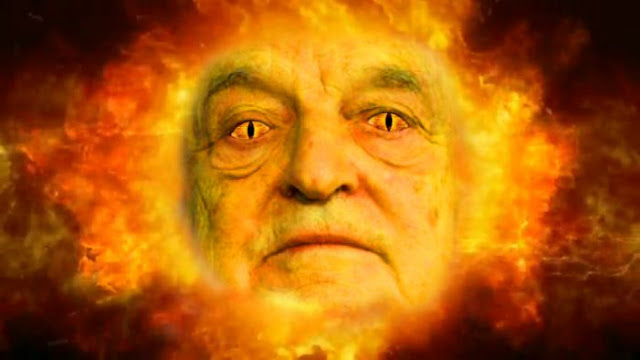 America is at a very dangerous time in it history. The enemy, George Soros and his puppets are already inside of our gates wreaking havoc.

George Soros is implementing the Arab Spring strategies in very similar fashion to what he did over 5 years ago in the Middle East with the help of Barack Hussein Obama, John Kerry and Hillary Clinton.

His playbook is a combination of Hillary Rodham Clinton’s hero, Saul Alinsky and his book, Rules for Radicals.

It is becoming clear that Mr. Soros is implementing the strategies associated with the 1st 3 stages as listed below.

The globalists, 1st introduced to our Republic by former CIA director and US President George HW Bush (41) are going planning to go all the way.

The Final Solution: A bifurcation point where soft kill methods, and diluting the native population through massive immigration will not be enough to ensure total dictatorial control over the planet by the globalists because its methods of replacement are not expeditious enough. That is when soft kill will need to become the Final Solution of hard kill.

In history, the pattern is always the same:

Perpetrate an economic collapse that will put millions of desperate people on the street.

The plan calls for the complete disintegration of law order.Mr. Soros has his excuse, the election of Donald J Trump as President. Mr. Soros has engineered group think in which some groups, collectively, have manufactured enough fear based upon lies, that people are striking out.

We are seeing this with riots in our major cities.

Mr. Soros is perpetrating a race war and when it spreads to other segments of our population, not only will safety be imperiled but so will the distribution of goods and services.

The economic chaos will give government the ability to implement extreme control and censorship in our country. If that happens, The Trump Populist revolution can be thwarted.