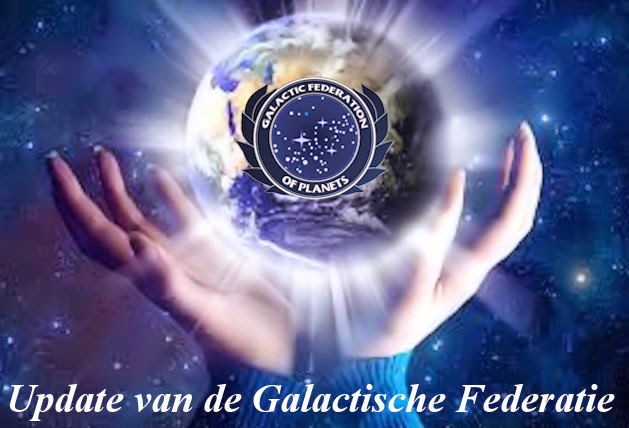 It seems that the negative forces are being driven out of their underground bases and unable to maintain global control. The cleansing will continue until they no longer represent a threat to Humanity, allowing greater control by the Forces of Light. It can only be a matter of time before their control over your news sources is released, and enable the real news to be given. Up to now you have to scan the Internet for the truth when many websites feed you false information. However, if you have already identified those sites that are reliable, you will at least have a reasonable idea of what is really happening.

So much news is waiting to be released and it will cover the events of the last seventy years or so that have been covered up. In general people will not just be amazed but actually shocked to believe that the truth has been held back for so long. The Illuminati have prevented you from evolving and at the same time they have “stolen” your money to fund their enormous secret projects. It is not just free energy that would uplift your lives immediately, but advanced technologies such as the food replicator. At a stroke these two advancements would lift people out of poverty and starvation. However, do not despair as it will not be much longer before beneficial changes will be introduced, and you will then know that the Light is in total power.

The Illuminati are ruthless and stop at nothing to hold onto their power but they have now more than met their match. While progress is being speeded up many beneficial projects are going ahead, and preparations have been made for the coming time when they can be publicly announced. Your main timeline is strong and leads to Ascension, and it can be confirmed that nothing can now stop it from fully manifesting. It still looks certain that major events will be announced and commence before the end of the year. Certainly rapid progress is being made that will enable the Light Forces to achieve their objective to get matters underway very soon.

Meanwhile chaos reigns over many parts of the world, as the new energies are stirring things up until they are able to settle down. There is a sorting out, and the lower vibrations have to rise up otherwise there is no place for them at the new levels where they simply cannot exist. However you are rapidly reaching that turning point and from thereon a bright and peaceful future beckons. Those souls that cannot lift up their vibrations will feel uneasy and at times unable to come to terms with what is happening, lacking the understanding for it to be otherwise. Their belief system cannot comprehend what is behind the changes, and in many instances have little or no interest in them. Their needs are however being catered for and at the appropriate time they will move onto a new path to further their evolution.

Never fear for those who are not at your level of understanding. Everyone will find themselves in the right place and it cannot be otherwise, as it is determined precisely by your individual vibrations. So all souls will find themselves exactly where they can continue their experiences at a rate that suits them. There would be no gain or usefulness in moving to a higher level until you are ready, and achieve it through your own development. The Earth throws up some tough challenges and these are your route to a successful experience on your journey to Ascension. It is worth repeating that you are never set tasks that are beyond your capabilities.

Virtually every day of your life opportunities however small will present themselves, that give you a chance to lift up your vibrations. Your challenge is then to keep them there and build on them so that you continue to keep rising up. Sometimes it is small things that can mean so much to another person, such as a kind word or a helping hand that makes them feel worthy and wanted. Good deeds often cost you nothing but at times you may gift an amount to help those in need, and if everyone helped others in this way poverty would soon disappear. The lack of the spreading of wealth together with actions taken by the Illuminati, has meant that the wealth of the world is in the hands of a very small minority whilst millions barely exist lacking the basic needs to survive. These situations will change very soon and re-valuation of the currencies will go a long way to bringing about a fair distribution of wealth.

The Human Race are strong people having grown up in the toughest of civilisations. Many have become dedicated to their tasks and breed success because of their intent to overcome the obstacles in their way. Progress has been quick and all experiences have been to the benefit of the whole. Some still find it hard to grasp the true reality they live in and spend life after life learning their lessons. Help is always given but in no way imposed upon anyone. Remember that freewill is sacred and to be honoured by all souls and it is a matter of concern where it is ignored, and those who do so are having to learn the karmic lessons that result as a consequence of their actions.

Where there are close relationships or family links it can be generally taken that they will continue regardless of any changes brought about because of the end times. Past lives will show that they interchange roles from one incarnation to another so that they evolve together. You incarnate in either of the sexes so that over a period of lives a balance is maintained, but naturally on some occasions it also involves karma. Be assured that the Higher Beings who oversee your progress can see the larger picture and have absolute control over all matters. So you can understand that events are happening in a controlled manner regardless of how they appear from the outside. Freewill is still honoured but is satisfied by having been incorporated into people’s life plan, and in this way does not affect the greater plan for your evolution.

Keep your eyes firmly on your immediate goal so that you can successfully proceed without being distracted by outer happenings. Knowing that you are nearly home as your cycle comes to a close should give you the necessary strength to achieve a successful conclusion. What celebrations will take place and how enjoyable it will be knowing that all is well and that the negative forces can no longer interfere.

If you are able help those who are lost yet know or feel that big changes are happening, try not to overwhelm them with the details and give only as much as you know they can comprehend. Most souls are sensitive to change and know that something is happening but may be unable to understand what is taking place. The main point to put over is that beneficial changes are taking place and that there is nothing to fear. The future of the Human Race is in safe hands, and after the Earth has been cleansed and renewed a glorious new era will commence.

This message comes through my Higher Self and carries the energies of Light and Love.