The current massive rise in populism in America is obviously an emergent byproduct of the worldwide Internet, the New Gutenberg Press and this new populism is now deeply challenging the power and control of the Ruling Cabal. But is it just another internecine war between individual Illuminati sub-groups fighting for supremacy over the rest? Or is it actually a serious challenge to displace the Illuminati itself, a secret Cosmic Space War against the Illuminati and all its sub-groups? 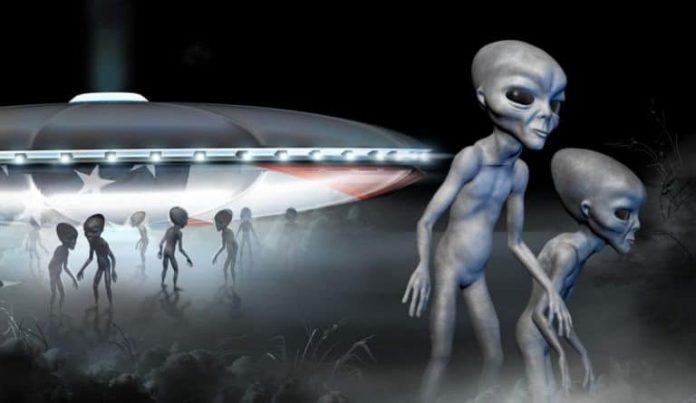 When I was briefed on Secret Space War matters over 20 years ago by a highly connected Intel man, it was not significant to what I was involved in at the time and I was unable to see much relevance to fully integrate it. To me it was irrelevant and just another set of defense contractor rip-offs of taxpayers and the use of Black funds obtained from illegal drug trafficking and weapon sales to dictators.

At that time the Secret Space War Fleet was just being assembled to run out of the four corners area of the USA from several Beyond-Black well camouflaged secret Military bases, all linked to Deep Underground Military Bases by high speed trains in an underground tunnel networking system connecting them.

There is a whole other deeper category referred to as Beyond-Black and these are solely contained in special access unacknowledged programs, not even known by the Board members of the Defense Contractors they lie hidden deep within because their security clearances don’t go high enough. These programs involve time warping, quantum technologies far beyond anything most can conceive of, including time projections from the Looking Glass and psychotronic and psi-powered mind-kontrol using miniaturized technologies, remote entrainment and hiving of the human mind.

Beyond-Black involves worm holes, deep space factional battles, and off-planet bases where some from deep within the Secret Shadow Government go to live to get away from Planet Earth and live out the rest of their lives which have been extended beyond normal with high technology. Right now Beyond-Black disclosures are still forbidden.

Today, actual reality due to disclosures has now intersected with Hollywood production fantasies about Alien ETs. For the first time we now have publicly broadcast validated reports from credible witnesses who have worked in these secret Deep-Black programs and can prove it along with valid, well corroborated reports about real Alien ETs and their back engineered anti-gravity craft.

And for the first time I can see what the Secret Shadow Government has been building, how a small but powerful Deep-Black faction appears to have deployed sophisticated technology and trade craft to take on the existing Ruling Cabal either to displace it or supersede it with its own command structure.

What I don’t know is if the Deep-Black Secret Space War faction has emerged as an independent entity with its own deeply secret highly sophisticated covert agenda to rule Planet Earth, or if it has been empowered and is mind-kontrolled to serve as disposable cutouts for a very powerful group of off planet based Alien ETs.

Without the emergence of the worldwide Internet, it is doubtful that such major disclosures like that provided by Steven Greer M.D.’s Disclosure Project and many other sets of personal validated testimonies would have penetrated into the masses to the degree that they now have.