This article provided by Dinar Chronicles 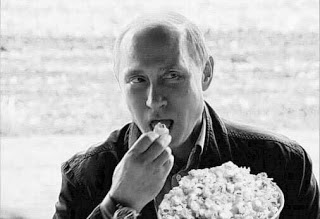 SITREP
1:11:00 EDT
Tuesday
September 27, 2016 (9)
On October 2nd, India will ratify the Paris Agreement. This has already been announced. The signing is being timed to coincide with Gandhi Jayanti, a national festival celebrated in India to mark the occasion of the birthday of Mohandas Karamchand Gandhi, the “Father of the Nation”.

Russia is free to ratify the Paris Agreement at any time. There is considerable pressure piling on to make this happen. Per public intel, Russia is obfuscating its rationale for not having yet ratified in order to keep the cabal destabilized.

Given the above variables, here is the equation:

India will sign on the 2nd. Russia will follow immediately with its own ratification, which takes the total number of signatories and their aggregate carbon footprint above the threshold for the Paris Agreement’s entry into force. As soon as this happens, China will immediately start its currency-conversion RV in order to swiftly establish economic beachheads in areas of the world where it wishes to have great influence going forward.

China will have only a very limited amount of time to flood these countries with funds at extremely high conversion rates before it, too, must back off and accept the new global gold standard and its concomitant currency value of a 1:1 ratio worldwide.

In the meantime, Deutsche Bank will likely go nuclear and take down the existing cabal-driven financial order as swiftly and efficiently as the cabal once took down the twin towers. The new, multipolar, project-aligned financial world will immediately rise. And the new world is not the NWO.

A Crashing Deutsche Bank Scrambles To Assure Markets That It Is “Fine”
http://www.zerohedge.com/news/2016-09-26/crashing-deutsche-bank-scrambles-assure-markets-it-fine