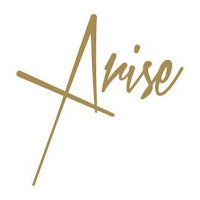 Peekaboo!  Where is our little RV hiding?  Come out, come out wherever you are and play!

We were told by all before during or after the great debate.  No RV.

We were told the clone handlers of Hillary Clinton were given a final opportunity to retire due to health concerns.  But not only was there no debate postponement, but Donald took one for the Republic team last night, and on national TV before 100M, and not once did he bring up Benghazi, Clinton Foundation, FBI probe, lying to Congress or late stage Parkinson’s disease.  Impressive display of restraint on the hyper egotistical Donald’s part, but still no RV.

All redemption center staff was manning their desks since 6pm EDT in anticipation of a roll out, and then ramped up efforts after the great debate finished.  And while their lights stayed on all night… There was no RV.

President Dunford’s 24 hour delay request expired.  All military assets were  wheels up, at the ready with no major threats being reported.  Yup… no RV.


The only question today and everyday is why?

Just not time yet?  Maybe.  Mission not accomplished yet geopolitical, militarily, financially or spiritually even?  Maybe.  All of the above?  Maybe.  Or is there a much, much bigger play at work here and the good guys are holding back the RV for benevolent reasons?  Maybe.

China is going to release their gold holdings on it before September 30 as they agreed back in 2009 when they choose to reform the IMF and become the fifth IMF Special Drawing Rights (SDR) currency–which is basket of currencies designed to form one global reserve currency along with the Japanese Yen (bankrupt), United States Dollar (bankrupt), British Pound (Brexit), European Dollar (bankrupt) and Chinese Yuan/Renimbi (gold backed).

You tell me which currency is the dog and which is the tail in this scenario?

And so when China announces their gold holdings sometime this week, they’re politely telling the world it’s time to move back to the gold standard in non-threatening soft power kinda way–but nonetheless there’s a new standard of value globally and all better get on board ASAP.

Or are they waiting on Kiev to surrender their fake government charade to create more stability on Russia’s eastern boarder?  Why just as of yesterday, Kiev miraculously decided to again begin negotiating with Moscow over a little 3B debt before the first fall frost arrives.  Amazing how progress just spontaneously happens.

A final military offensive was launched all across Syria this week.  It’s not reported in the US, at least not yet, because Iran, China, Syria, and Russia are unleashing air fury right now–do that Russia can complete its year long “Middle East Clean Up” promise to China and Iran.  If you’ll remember, the Russian presence in that region began about this time last year.

Look, whatever the real reason we are still waiting, right now none of us have appointments but soon all will have.  Just like that.  Poof.  The RV appears and all is well with the world.

To all those Americans who may be entertaining doubt, creating disharmony  and beginning to seriously question not only this volunteer report but the raw heroics carried out in anonymity by white hat forces that required immense sacrifices as well several decades of methodical accomplishment–shame on you.

Your willful ignorance and inaccurate sense entitlement is no longer excusable.  You’ll will wait your turn to RV just like every other nation, and you will suffer with all of your brothers and sisters in silence.

There’s absolutely no anxiety on the decision making powers-that-be who are in charge of disbursing our gift (aka the RV).  They know precisely when, where and how this will roll out and they execute it with clockwork-esq precision when the divine time commands it.

This if you find yourself upset, anxious, frustrated, despondent or even rage filled… know it’s just the universe showing you what’s inside your heart–and there’s still time to surrender that over to God.

But hey, if you want out now… there’s the door, please leave in peace.  But if you choose to stay, stop negatively blogging and speaking about things you are unqualified to discuss in currency public forms.  Or you’ll come off as arrogant and ill prepared ad Mr Trump did last night talking about policy.

The entire political process is clearly a joke.  A charade with no reality whatsoever.  and sound asleep America is buying it hook, line and sinker… still.  Amazing

It was obvious about Trump last night is yes he loved his country, but he could care less about actually running this country–he’s in this for brand exposure and the money.  And quite honestly, most of you are in this RV game for similar if not exact reasons.

Look talking about the funding of humanitarian projects and actually do it as a career humanitarian at your core are two completely different frequencies.  And all must now choose which channel they authentically subscribe to because the 6 to 8 person ZIM In-Take Teams at Abbot Downing are trained to smell a liar from a million miles away.

Money or mankind?  Self or service Man or God?  Love or fear?

This is not a game folks for you to wait it out and become rich beyond earthly measure.  This is a heavenly era transition whereby the meek of the earth are me at to reclaim God’s land and in His holy name, then rebuild and grow it per His mandates.

Which side then do you play for now?  You can switch sides… It’s not too late.. but very soon it will be.  This is why you should be praising the seeming endless delays–because God is waiting for you to join us!!!!!

Are you a soul that looks at inner city blight and devastation and says, “what a pity, those poor back, Latino, Asian, indigenous peoples. , I’m just so lucky to have a different life?”  Or do you grab a shovel and start filling in the holes that man has created to enslave his fellow brothers and sisters?

Do who are you?  Seriously, who are you really?  At your core?  Giver or taker?  Saint or Sinner?  Why are you still in this funny little currency game?  Why if you believe in the RV as real haven’t you bought more and given more away?  Why are you absorbing this thrashing if your soul doesn’t rest in the balance?

Only a sincere and meaningful surrender to a loving God, daily, hourly, is a logical and proactive pathway forward because we exist in the end times of sin and only the surrendered will move forward.

Don’t believe it?  Radical religious zealot just spouting off?  Maybe.  But one ZIM note funds the world’s economy in perpetuity!!!  And if I’m right about that, chances are I’m right about the whole end times / surrender thing too.

I just love you enough to offer you the truth, and absorb all of your silly little fear filled slings and arrows (a la Trump did last night, who I know first hand has surrendered to the Will of God btw) because your life not only matters to me, it matters to God.

People you are sacred, not poor, diseased, waring beings.  Your soul is an eternal gift.  So please, please, please surrender now before the RV arrives as September ends.  I beg of you.  Surrender early and often because I want you to come with us as we repair all that ails His world.

Let’s do it together.  We need you!  God needs you!

Just accept hat Christ was God.  He was really here.  Accept Him now as He accepted you as the Messiah of Mankind, and then just enjoy your life beyond mortal understanding.

His love is truly endless and unconditional.  Ask anyone who has surrendered to Christ.  They’ll tell you the same thing.  It’s heaven on earth.  Literally!

But only the meek get to play in this post RV sandbox.  Only the innocent.  Only the righteous.  Only the Chosen Ones that pre-chose to serve God post-RV.

Here’s an interesting final thought, months ago Abbot Downing internally was referring to ZIM redeemers as PNE’s (Privately Negotiated Exchangers) they’ve since changed their ZIM redeeming designation to CO’s (Chosen Ones).  Think about that! And think transition versus transaction.  Service versus self.  Will of God versus the will of man.

There’s just no other road to travel but the pathway of sincere and absolute personal surrender to God the Creator Source Father.

Offered with infinite and unbounded love for all colors, committees and communities with the divine love of Yeshua Ben Yosef.