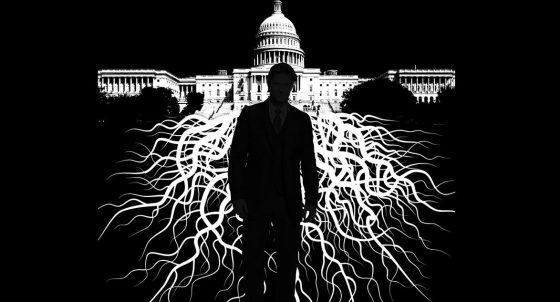 According to PJ Media, investigative journalist Sara Carter was able to obtain the documents proving the FBI attempted to set up the Trump campaign. Dubbed Operation Crossfire Hurricane, this operation relied heavily upon faulty intelligence gathered by longtime FBI informant Stefan Halper, a Cambridge professor, after he tried to set up several members of the Trump campaign.

***EXCLUSIVE*** Whistleblower Exposes Key Player in FBI Russia Probe: “It was all a Set-up” https://saraacarter.com/whistleblower-exposes-key-player-in-fbi-russia-probe-it-was-all-a-set-up/ …

According to her report, Sara Carter’s investigation uncovered some rather dubious activities undertaken by Halper.

[Adam] Lovinger, a whistleblower, is now battling to save his career. The Pentagon suspended his top-secret security clearance May 1, 2017, when he exposed through an internal review that Stefan Halper, who was then an emeritus Cambridge professor, had received roughly $1 million in tax-payer funded money to write Defense Department foreign policy reports, his attorney Sean Bigley said. Before Lovinger’s clearance was suspended he had taken a detail to the National Security Council as senior director for strategy. He was only there for five months before he was recalled to the Pentagon, stripped of his prestigious White House detail, and ordered to perform bureaucratic make-work in a Pentagon annex Bigley calls “the land of misfit toys.” His security clearance was eventually revoked in March 2018, despite the Pentagon “refusing to turn over a single page of its purported evidence of Lovinger’s wrongdoing,” Bigley stated. Conservative watchdog group, Judicial Watch, recently filed a federal lawsuit against the Defense Department to obtain the withheld records. –Sara Carter

“It was a topic of conversation within the office,” Lovinger’s attorney, Sean M. Bigley, told The Washington Times earlier this month. “What is Halper doing, and why is he being paid astronomically more than others similarly situated?” Halper, who assisted the FBI in the Russia investigation, appears to also have significant ties to the Russian government, as well as sources connected directly to President Vladimir Putin.

“We weren’t surprised when DoD bureaucrats moved shortly thereafter to strip Mr. Lovinger of both his security clearance and his detail to the National Security Council, where he had been senior director for strategy as a by-name request of the incoming Trump Administration,” said the attorney as reported by PJ Media. “Yet, we were puzzled by the unprecedented ferocity of efforts to discredit Mr. Lovinger, including leaks from DoD of false and defamatory information to the press,” he said. “Mr. Lovinger unwittingly shined a spotlight on the FBI’s secret weapon – Stefan Halper – and threatened to expose the truth about the Trump-Russia collusion narrative being plotted: that it was all a set-up,” Bigley said.

The House Intelligence Committee Russia report and documents obtained by this outlet revealed that the bulk of the warrant against Page relied heavily on an unverified dossier compiled by Former British Spy Christopher Steele and the matter is still under congressional investigation. Steele, who was a former MI6 agent, also had ties to many of the same people, like former MI6 chief Sir Richard Dearlove, who were part of the seminar.

Halper, along with Dearlove, left the Cambridge Intelligence Seminar in December 2016, saying they were concerned about Russian influence. Halper had told reporters at the time that it was due to “unacceptable Russian influence.”

Ironically, documents obtained by SaraACarter.com suggest that Halper also had invited senior Russian intelligence officials to co-teach his course on several occasions and, according to news reports, also accepted money to finance the course from a top Russian oligarch with ties to Putin. –Sara Carter via saraacarter.com

Carter said that Halper, who has direct ties to Russian intelligence, befriended Trump advisers Carter Page and George Papadopoulos in 2016 in an attempt to set them up. But before Halper set his sights on Page and Papadopoulos, he targeted the former head of the Defense Intelligence Agency, Army Lt. Gen. Michael Flynn.

Sara Carter maintains that the investigation into Trump didn’t start with Carter Page or George Papadopoulos, but with General Flynn, who had clashed with President Obama and the CIA over the administration’s false narrative that al-Qaeda had been defeated or was on the run. “Stefan Halper invited the Trump campaign officials into the lion’s den,” Bigley explained. “This was not a set of organic meetings. This was not Halper reporting things that he witnessed that he thought were concerning — as he has put out there in the media. We have an absolute, ironclad document trail that shows that Halper invited the Russians — Halper foisted the Russians on the Trump officials at these meetings and at these seminars,” said Bigley.