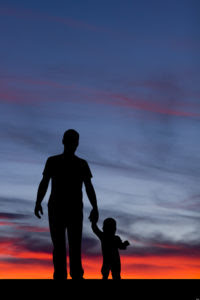 I hope everyone had a super Father’s Day with the special men in their lives. Maybe you had a chance for a breather, but wow—what a weekend for news. I watched countless videos confirming there is a LOT going on and several new posts are building themselves in my mind as we speak because there is so much information coming out.

I don’t think there’s an aspect of life that hasn’t been touched on in breaking news this past week. Summarizing is getting tougher—particularly with the encyclopedic volume of information people are digging up and sharing.

We’re seeing the wild, the wonderful, and the woo-woo. Character assassinations and censorship are at an all-time high, and we have to keep our discernment dialed up to red-line status or succumb to the miasma of disinformation and lies.

What is painfully clear is that the New World Order is true to character and living up to my prognosis from years ago: “They will never surrender.” They continue to meet surreptitiously and to flesh out their agenda, adjust to obstacles, tweak and twist and dig deep to inflict as much pain and suffering as possible, using their most influential weapon—the legacy media—to create an illusion of power.

While some of the El-ites’ lower echelon minions have seen the writing on the wall and decided to switch sides, the upper levels of the controlling entities continue in their psychotic attempts to eliminate Humanity and bring about their silly, superstitious black magic prophecies. I’ll have some dedicated posts about those activities coming up. In the interim, have a look at this chart from Deagel.com, particularly the projection for 2025 population. Thanks to Farmer Jonesfor sharing this.

A population drop from the 327 million in 2017 in the US to 100 million, and from the global population of 7.4 billion in 2017 to 6.9 billion by 2025—good luck with that. And look at the population density in the US predicted. Much closer quarters, with less people. Agenda 2030, anyone? Who is this Deagel.com anyway? A defense contractor?

One of the NWO’s key objectives is to foment war; another WORLD war, ideally. The truth about their activities continues to bubble to the surface on many fronts, and I was interested to hear about this latest revelation about the incident with the Navy’s USS Fitzgerald last summer indicating the lengths they will go in creating the reality they want and need to survive. Actors. Believe it, or not.

This vlogger has researched the USS Fitzgerald story for a year, since the suspicious incident happened. You can watch his other videos if you want more detail. When we say nothing is what it seems and the cabal’s military is not on our side, we’re not being reckless.

A few years ago we featured information about the Hoover Dam; it’s design and relationship to Illuminati symbolism and prophecy. SGT Report gets into that again with respect to the latest stunt on the Hoover Dam bypass road this week. You had to know it was a little too staged to be real. No ‘regular Joe’ would get away with that.

We never know what will pop up in the headlines, and this one made me say, “What?” Bushes and Trumps on the same team?
Bush Leads Rally For Trump

And how’s this for a headline—out of Canada, of all places? And there was much flexing of flaccid cabal muscle to bully the awakening masses…
Former Central Banker: Oil Pipeline Protesters Will Be Killed. So Be It.

We also have Alex Jones with another good news PSA to warm the cockles of unsuspecting hearts. (Not!)

Simon Parkes delivered his usual interesting take on world events in his Sunday show. His opening summary is a quick overview if you’re pressed for time.

He had some background information on “Tommy Robinson”. Apparently his record says he beat up his girlfriend. After we’ve heard a great deal of feedback on TR in the past few weeks, it appears to be just one more manufactured incident to steal our attention and energy. I also saw some damning evidence on the background of Ezra Levant at Rebel Media. No one seems to be what they seem.

The corporate media and shills are now throwing fuel on the fire to point out Tommy will never last long in the mostly Muslim prison and we can expect his death—or a reasonable facsimile—so we can all expect those headlines in the near future as the masses will no doubt be up-in-arms over that atrocity—just as the controllers designed it all along, while our attention will be diverted from important situations—like pedophilia and human trafficking, indictments of the real criminals in Washington, man-made earthquakes, etc.

I have to move on to other posts so I’ll leave you with news of today’s earthquake, a 6.3 in Osaka. ~ BP