Dark Cabal Underground Bases Being Cleared? These underground bases are also known as DUMBs.  This event is highly suspicious and is most likely a cabal military base being cleared or some battle is taking place underground.  Or I am just a crazy tin foil hat conspiracy theorist! LOL!
~AWE 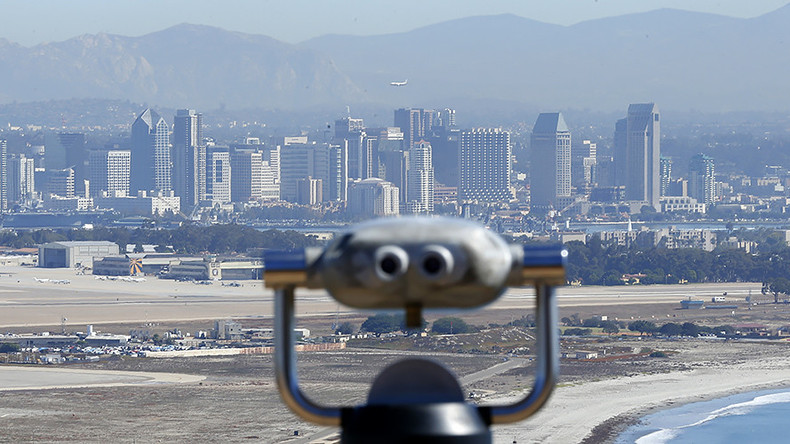 The skyline of San Diego © Mike Blake / Reuters
San Diego residents have reported loud booms and sensations of shaking. The US Geological Survey said there were no signs of an earthquake, but an independent group did confirm seismic activity.

Residents described experiencing the boom from Alpine to El Cajon, Carmel Valley, National CIty, Eastlake and as far south as Tijuana in Mexico.

“Yeah, [I’m in San Diego] currently and every one in my job heard the [boom] and then felt a shake [afterwards], we thought something had crashed or something,” wrote a poster to KNSD’s website.

Fifteen minutes outside of San Diego, Luis Hernandez told KNSD that he felt the ground begin to shake. Hernandez said his friends felt it too and he described it as an earthquake.

However, the US Geological Survey, which monitors seismic activity, did not report any earthquakes in the area.

Residents in the area took to social media Thursday to suggest the “boom” may have been caused by a sonic boom, while others thought it may have been some sort of explosion from the nearby Marine Corps base, Camp Pendleton.

Camp Pendleton had a training session scheduled for Thursday, but military officials said live mortar fire would not produce the kind of impact or noise that has been reported, according to KSWB-TV.

“We have not received any reports of noise or shaking on base today,” a spokesperson from Camp Pendleton told RT America.“There is routine mortar training being conducted on the base but it is highly unlikely that an impact would be heard and felt all the way in San Diego. From what we’ve been told the San Diego Police are currently investigating the source of the disturbance.”

The San Diego County Sheriff’s Department told RT America they have “no idea” what could have caused the noise or the rattling.