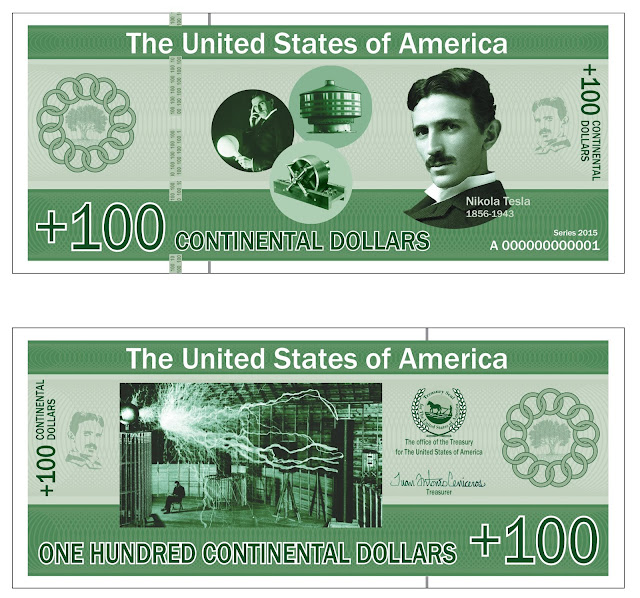 There has been a lot of buzz surrounding the disclosure of the new USA currency notes now known as the ‘Continental Dollar’.  The community of readers who follow the news regarding the “new financial system/RV/GCR” got to see for the very first time what the new currency looks like and which institutions are responsible for this new colorful currency.    If you still have not seen them you can visit the The National Great Registry of The United States of America and scroll to the bottom of the page to see the new notes.  Higher resolution images are at this link here, just click/download on one of the images to see it in full view.  There is obviously a lot of controversy surrounding such a big announcement and change, and it is to be expected.  Researchers and viewers from around the world have been asking me questions, some have even vented their frustrations over this.  So as a reminder to the reader, just keep asking questions about everything you come across until you find what you are looking for, and even then keep asking questions.

After this website published the announcement of the ‘Continental Dollar’, Benjamin Fulford also received information and reported what his contacts were saying about this new currency from the USA.  Benjamin Fulford reports the following……

“The real biggie that came from two separate Pentagon sources is that the US government is about to announce new Treasury dollars for use in North America. Images of the bills can be seen at this link:  Link Here

The sources have done their own fact checking and they say there is a “90%” chance these are the real deal.

CIA sources in Asia go further and say the new bills will replace the US dollar bills currently in circulation inside the United States and that Americans will take a 50% haircut when they exchange for the new bills. US dollars outside of the United States will keep their current value, the sources say.” ~ Benjamin Fulford, November 28, 2016, Source Link

So of course, this adds another source of verification but I still wanted to understand more about this new form of currency and decided to reach out to the source.  I contacted both the Secretary of State of the USA and Treasurer of the USA and did get an official response back from The office of Governor.


The questions I asked were the following.

Addressed to Mr. Juan Antonio Ceniceros, Treasurer for the USA

Addressed to Secretary of State for the USA

Thank you to the The office of Governor and Mr. Juan Antonio Ceniceros for taking the time to answer some of these questions.  Here is the official response……

We certainly live in incredible times and hope the community and the human collective pushes forward to reclaim the knowledge, happiness, health, and sovereignty we all seek.  It is the difficult moments in life that can make us stronger, and because of this we can overcome any obstacles that block our path to Self discovery.  Find your truth, keep asking questions, and the moment will come where all is revealed.  Best to everyone.