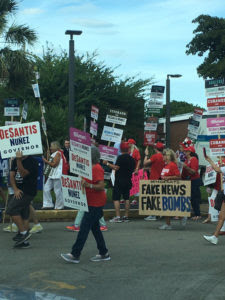 We’re just going to keep putting this out until everyone who ever wanted to know the truth about this psyop can see it for what it is.

American Intelligence Media feels the same way many of us do and just sent out their two cents. Following is their contribution—replete with some interesting details.

This is such a stupid trick to play on the American people… they must be letting the cabal set themselves up for a fall. ~ BP

For every false flag ….there is ‘THE PATSY’. Pictured below is the “over zealous” truck. Notice the professionally and freshly applied vinyl stickers covering windows of a Florida licensed van – which we think is illegal for their vehicle laws. Notice that there is absolutely no graffiti or vandalism on the van!

Close-up of the stickers on the alleged bomber’s van 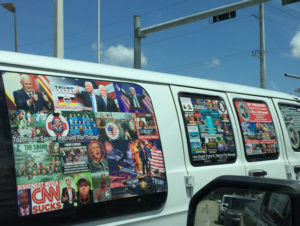 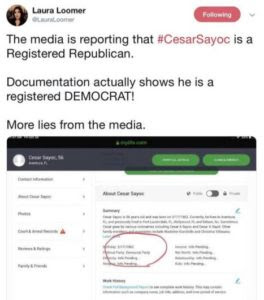 LIVE ACTION: Watch the rogue CIA work through the FBI in the continuation of the MAGABomber False Flag in real time. In the just-released complaint documents below (wow that was fast….hmmmm), you will see the desperate narrative that the globalists want you to believe. Can’t wait to see what “energetic material” is.

There are so many things that are outright idiotic in this filing, that we will save it for a Betsy-Thomas discussion. In the meantime remember that the complaint document comes from the same direction as the inter agency task force that Peter Strzok worked out of. He hasn’t been fired yet….from the CIA has he? Remember he was both FBI and CIA….They fired him from the FBI. Is David Brown one of his close associates from the Joint Terrorism Task Force? 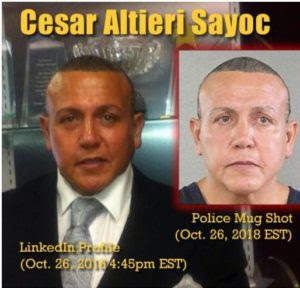