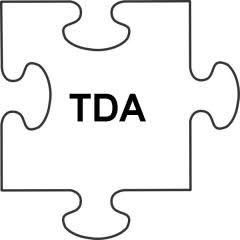 TDA’s, a Shiny Distraction, or GCR/RV Puzzle Piece? by Ascension Blessings – 7.23.17 “…one of the underlying messages I felt was Zorra’s CTA (call-to-action) for us to not only now publicize TreasuryDirect Accounts to the masses, but also to unite in-force, standing in our power against blessing resistance, to cause an energetic tipping point for NESARA. Our continued loving “pressure,” will greatly support this prosperity dam to keep cracking, and ultimately break!”

1:04:18 (Zorra) “I would say this. If you don’t try you won’t know, if you do try you’ll find out. But also understand all of you, you are the ones in charge, not the government.  You have the right to have your funds, you have the right to be free of debt, once this comes to fruition there will be no longer bill collectors, hounding you on the phone, there will be no debt collectors of any sort, and you will be completely and absolutely free financially. But if you don’t do it, you will remain where you are.”
“…Indeed it will (come out) but in the meantime don’t be afraid to do this, to take the risk…if you can do it financially and it will not harm you, then go ahead an do it. I can assure you those numbers will be freed up very shortly, for everyone, for all nations.”
01:05:45 “So, I will tell you again, only pay your own debts (using TDAs).”

We are all ONE, and it is our time to UNITE!
Love and Light {=}Ascension Blessings{=}
Please take only what resonates, and disregard all the rest.