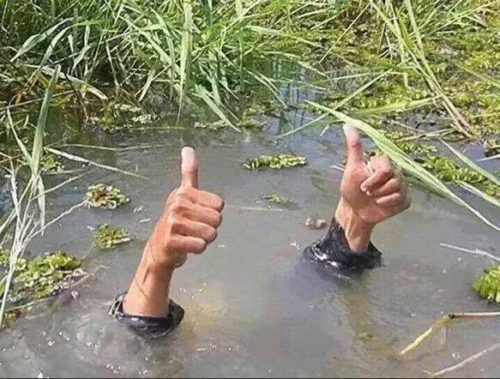 Another big move in the last couple of weeks has been the sidelining of Trump’s chief strategist Steve Bannon as the Goldman-Sachs group wins more influence in the White House. Bannon has been the guardian of the anti-establishment hopes that put Candidate Trump in office.

Rep. Steve King (R-Iowa), one of the president’s most vocal backers on Capitol Hill, said he’s been disheartened by the chief strategist’s isolation. “A lot of us look at Steve Bannon as the voice of conservatism in the White House,” said King, who has known Bannon for years. (Politico)

In a White House marked by infighting, top economic aide Gary Cohn, a Democrat and former Goldman Sachs banker, is muscling aside some of President Donald Trump’s hard-right advisers to push more moderate, business-friendly economic policies…. More than half a dozen sources on Wall Street and in the White House said Cohn has gained the upper hand over Trump’s chief strategist, Steve Bannon, the former head of the right-wing website Breitbart News…. White House sources say he will lead the charge for Trump on top domestic priorities such as tax reform, infrastructure and deregulation…. Crucially, Cohn also has the trust of Jared Kushner, Trump’s adviser and son-in-law, and his wife Ivanka, Trump’s daughter.

Cohn and Kushner met at Goldman Sachs when Kushner was an intern there. Jared Kushner is, of course, the president’s son-in-law, married to Ivanka Trump. It was Kushner who paved the way for Cohn to meet Donald Trump after Trump became president-elect. Trump and Cohn did not know each other during the campaign.

Kushner and Bannon, on the other hand, largely butted heads in the months that followed the election. In a family business, it doesn’t pay to run at odds with the family, and the White House seems to be running as a family business.

While Trump seems to thrive on chaos and conflict as a leadership principle, the conflict became too much even for him, so two weeks ago he ordered Bannon and Kushner to find a way to “knock it off” and make it work. Trump moved Bannon out of his involvement in intelligence affairs and then began to undercut him publicly in interviews.

“I am my own strategist,” Mr. Trump told the New York Post columnist Michael Goodwin in an interview on Tuesday, a pointed reference to what aides described as his growing irritation that Mr. Bannon’s allies are calling him the mastermind behind Mr. Trump’s victory…. In an interview with The Wall Street Journal on Wednesday, Mr. Trump made clear Mr. Bannon’s subordinate role, calling him “a guy who works for me.” (The New York Times)

Of course, the New York Times hates Bannon, who has attacked The Times, and would love to see him lose his office. They refer to him as …

the self-proclaimed deconstructor of the “administrative state” and field general in the war against the “opposition party” news media.

“Opposition party news media.” That would be the NYT. Nevertheless, the diminishing words about Bannon did come from Trump’s mouth. When asked if he still has confidence in Bannon, Trump’s refusal to endorse him was readily apparent:

I like Steve, but you have to remember he was not involved in my campaign until very late. I had already beaten all the senators and all the governors, and I didn’t know Steve. I’m my own strategist and it wasn’t like I was going to change strategies because I was facing crooked Hillary…. Steve is a good guy, but I told them to straighten it out or I will. (The New York Post)

According to White House gossip reported in Axios,

Bannon allies inside and outside the White House were taken by surprise when Goodwin’s column posted, and are distraught. Bannon allies are bitter about the role they believe economic adviser Gary Cohn has played in undercutting their guy to POTUS. In private conversations, they call him “Globalist Gary.”

Axios … is told that President Trump didn’t like the stories about Bannon as the Svengali, or leaks against Jared and Ivanka, or planted stories that he blamed Bannon for. It was less than 10 weeks ago that Bannon appeared on the cover of TIME as “THE GREAT MANIPULATOR,” with the inside story asking if he was “the Second Most Powerful Man in the World.”

Bannon got crosswise with Jared Kushner and Ivanka Trump, who are pushing for a more competence- and results-driven focus for the West Wing. In their view, Bannon is too inclined to want to burn things down and blow things up. (“Trump plans centrist push and Priebus is on board“)

I call it gossip because sources are, as is standard journalism now, nameless.

It seems likely as several news outlets have said that Bannon is losing Trump’s support because Trump’s most-botched moves, such as the Obamacare repeal and the immigrant travel ban, have been the ones Bannon orchestrated, and the president doesn’t like losing or losing face. That much we know from Trump’s public history. By undermining Bannon publicly, Trump has given Kushner the dominant role in the background at the White House. (People follow the flow of power. You can be sure everyone in the White House has figured out where the power portal to POTUS is.)

Powell is also a senior advisor for economic initiatives. (The latter has nothing to do with her official office, but those Goldman Gals can’t keep their fingers out of White House economic policy.) Goldman patriarch Lloyd Blankfein keeps the Goldman Gang together with occasional reunions with Cohn at the Four Seasons. All told, five former Goldman execs have taken major government positions. This is a much better season of influence for Goldman than its usual two or three high placements.

All in the family

As equally concerning as Goldman’s deeply embedded positions in the Administration is Jerad Kushner, himself. At the risk of presenting what may be more gossip (but certainly appears to match what can be observed):

Kushner has taken aggressive action to micro-manage the NSC, overshadowing even recently installed National Security Adviser H.R. McMaster, according to sources both inside and outside the White House who described Kushner’s behavior as highly unusual and damaging to the country’s national security infrastructure.    Never before has a White House permitted such a figure to intervene in the NSC, which is traditionally given leeway to investigate foreign policy matters and bring advice to the president.    Sources who spoke to the Free Beacon described wide-ranging frustration at the NSC over Kushner’s influence over some of the most important foreign policy portfolios, such as Iraq, Israel, Mexico, Saudi Arabia, and China, among others.    Senior NSC staff are finding their hands tied when it comes to performing even perfunctory duties, such as talking points and statements on high profile issues that must go through Kushner for approval. Sources who spoke to the Free Beacon described this level of involvement as kneecapping the NSC and contributing to its difficulties formulating policy.” (The Washington Free Beacon)

Jared Kushner’s experience is in commercial real estate. He has absolutely no experience with national security and intelligence gathering, yet he seems to be micromanaging all aspects of both, and he seems to have assumed Reince Priebus’s role as Chief of Staff in deciding what information and what people go before the president. Like his friend Cohn, he’s also a Democrat.

Officials working at the NSC, State Department, and Department of Defense “are not happy that Jared is so powerful in foreign policy,” said one White House official. “They are expected to implement the president’s agenda, but have no input or ability to get ideas in front of Jared. It’s a one-man show and that’s creating a lot of frustration.” The installation of Dina Powell [who also has no national security experience], a confidant of Kushner’s wife Ivanka, to the NSC is said to have been orchestrated by Kushner in order to solidify his power over the foreign policy organization, sources said. This helps Kushner keep tabs on the NSC’s day-to-day operations

It seems the White House has become a family business, and those in the most powerful positions are liberal Democrats! Most of the chief economic advisors are from Goldman Sachs. I even note that Jared Kushner has been acting like a surrogate for the Secretary of State with his international meetings.

None of that seems like a business structure that naturally leads to looking out for the middle class or that sounds like there is anyone, other than the increasingly isolated Bannon, looking out for all of Trump’s conservative campaign promises, but it may help explain why we’re seeing so much slippage from those promises after the inauguration.

Looks to me like the president drained the swamp into the White House; but, hey, at least that means the rest of Washington should be getting better. For those who are convinced that Trump is just playing an elaborate game of 4D chess, I’m sure he’s just brilliantly using the White House as a corral to round up the worst of Wall Street into one place so he can shoot them all. He’ll be making a really big announcement shortly about how he defeated Goldman Sachs, the banksters he ridiculed during his campaign when crooked Hillary was making big money just for speaking to them.