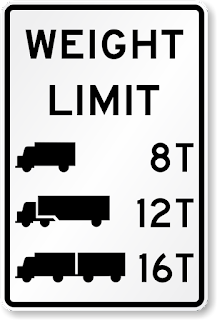 Received via email from Yosef

The USA, Inc. was legally created to replace the Republic of the United States of America in 1871, but went bankrupt in 1933.

In response, FDR confiscated all the nation’s gold and silver to re-collateralize the Federal Reserve Bank that was created in 1913.

Meanwhile, the 3rd Reich Nazi war machine in Germany started WW2 in Poland, thus creating more time for their 4th Reich master plan to complete over in America (see Operation Paperclip) and ultimately finalize in the Middle East in 2012.

However, bad seeds bear no fruit and their Zionistic world domination plans were thwarted by the NPTB back in 1996.

In response to this, they crafted yet another delay tactic by intentionally demolishing and cold fusion vaporizing three buildings in New York City, also know a the 9/11 Attack.

This bogus historic event was long planned and meticulously executed to avoid the loss of global financial control.

It had nothing to do with Muslim Terrorists, Al-Qaida or Osama Bin Laden.  Donald Trump knowingly participated in this false flag attempt to start WW3 with the Muslim world, and covertly and intentionally bankrupt the USA, Inc–yet again before the Federal Reserve Bank was to bankrupt in December 2012 when the Federal Reserve Act was scheduled to expire.

However, the NPTB jumped their bankruptcy/war plan when they did a sudden margin call on Lehman Brothers in August 2007.

And when the Federal Reserve Bank and USA, Inc. could no longer keep kicking the proverbial fiat debt can down the road, both the bank and illegally formed mimic government could not reconcile the nation’s sovereign debt with international creditors led by China and Russia.

Still, it took over 2.5 years in international bankruptcy courts to settle all debts with major creditors, who agreed to a specific workout and restoration plan for the Republic of the United States of America.

The USA, Inc. legally defaulted in June of 2015 when Puerto Rico defaulted on their sovereign debts–which was where the USA, Inc. was originally domicile in 1871.

Now part of this work out plan was controlling the US national election in November 2016, determining both binary party candidates as well as the new President.

Hillary Clinton and Donald Trump were selected for this task with Donald Trump to emerge with a surprising victory.

Making the Donald Trump Administration a temporary holding solution as part of the USA, Inc.’s 2015 bankruptcy work through agreement negotiated between China, Russia and the new leadership of the soon to be restored Republic.

What the world is witnessing now, and some experiencing in shock given the unnatural ascension and overt take down of President Trump and his family, is all just scripted history being meticulously executing per a pre-negotiated agreement from one illegal form of government (USA, Inc.) back to its original form (Republic).

Speaker of the House Paul Ryan was actually selected to be the post transition President by Russia and China (and major international corporate stake holders).

Remember, Ryan was suddenly inserted into the Speaker’s role back in October 2015 by Pope Francis in order to run the restored Republic government nearly two years later in 2017.

Rome was the rightful owner of the USA, Inc., this his public transition is Speakers was part of the negotiated bankruptcy settlement.

General Joseph Dunford was chosen to lead the nation’s military apparatus as Chairman of the Joint Chiefs as was inserted in May 2015.

These men have been quietly leading the Republic of the United States of America, making all the key decisions and signing all domestic and international documents / treaties / military orders.

What people are seeing now with all this current daily domestic chaos and treason (Trump, USA, Inc.) is actually international order and patriotism being restored (Ryan, Republic).

With this quiet transition will also come the re-introduction of the Republic and its new gold backed national currency (USN from USD).

The USN’s international standing and/or value will appear to remain exactly the same, with all other global currencies quietly revaluing around it.

This is because so many nations used or were dependent on the USD for their economy’s basic form and function.

So the Republic and USN are simply interchangeable elements of a same larger yet covert and global treaty named GESARA–which was implemented into force back in October 2015 when 55% of the 209 sovereign nations publicly set carbon emission standards per The Paris Agreement on Climate Change.

All of this clandestine / classified secrecy is needed to maintain mass population calm in the spirit of “never wake a sleeping baby.”

The public therefore is naive or innocent to both past sins and thus unable to actively participate in creation of a dynamic future.

But those reading this must be awake because all on the hook for restoring and healing the soul of the world through your infinite currency redemption blessing–where you and you alone will determine the humanitarian weight limit placed upon your soul.

Reject or accept your burdens Zimland, but make no mistake it’s time to step up or step out.  As there is no limbo or in-between state when serving humanity’s greatest good.