WHAT TO EXPECT FROM THE EQUINOX, ECLIPSE AND WAVE X 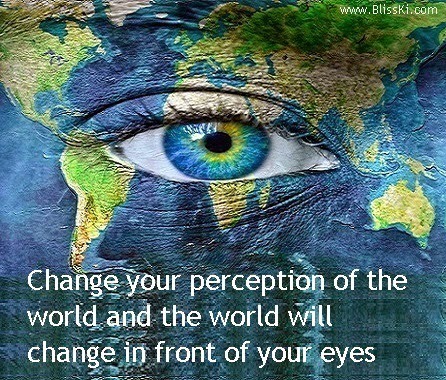 This is an historical moment on Planet Earth. As usual, there are myriad predictions as to what we are going to physically experience and what these auspicious events will mean in all of our lives. As has happened over and over again throughout the various events involving Earth’s Ascension process, people are predicting the full gamut of possibilities. These predictions include everything from the end of the World to the instant manifestation of Heaven on Earth, neither of which is going to happen. That does not mean, however, that what we are in the midst of experiencing is not the most incredible and monumental opportunity we have ever had, because IT IS!

The reason people have been disappointed so many times is because they have erroneously expected for these shifts of energy, vibration, and consciousness to instantly manifest in the physical plane. People look at outer-world appearances and because they do not see any immediate changes, they feel that the events did not actually happen and that the information was just another “New Age hoax.” The reality is that the vast majority of events that have taken place over the past several decades not only happened, but according to the Company of Heaven, they succeed in accelerating Humanity’s and Mother Earth’s Ascension process beyond the greatest expectations of Heaven.

So that we will not miss this amazing opportunity by letting our distorted perceptions fool us again, the Beings of Light in the Realms of Illumined Truth want to reiterate how we will experience the colossal shift of energy, vibration, and consciousness we will receive through the upcoming Equinox, Full Moon Lunar Eclipse, and influx of Gamma Rays from Wave X. They want us to remember that first and foremost, we are multidimensional Beings functioning in various dimensions simultaneously. The physical plane of Earth which we believe is so real is actually the least real of all of the dimensions we abide in and, it is the very last dimension to reflect the changes we are co-creating with our Father-Mother God in the Realms of Cause. 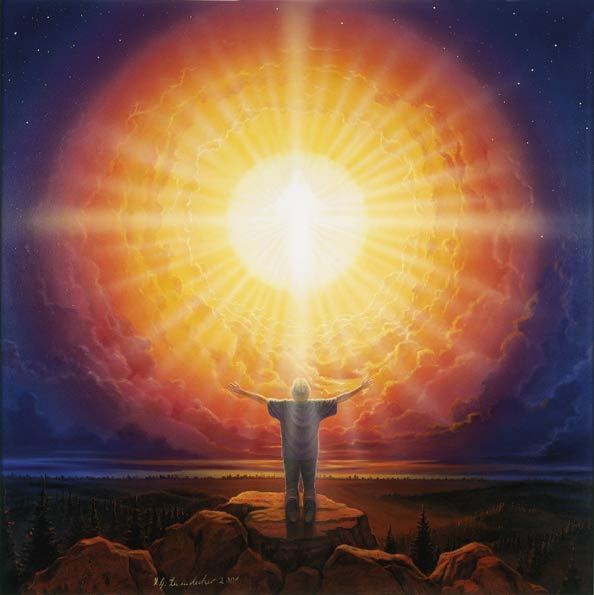 The reason we do not experience these monumental events instantaneously in the physical plane is because they are first created in the Realms of Cause where everything begins. Then, they are magnetized into the World of Effects, which is the physical plane, through the thoughts, words, feelings, beliefs, and actions of the Sons and Daughters of God abiding in the physical plane. The important thing to realize is that once something has been God Victoriously accomplished in the Realms of Cause NOTHING can prevent it from eventually manifesting in the World of Effects. The only variable is how long that process will take which is strictly up to you and me and the rest of Awakening Humanity, and how effectively we empower those patterns of perfection with our creative faculties of thought and feeling and our gift of free will.

I AM going to be discussing this information in detail in an online interview with Jacklyn Johnston during her wonderful You Awakening program. The interview will be live on Tuesday, September 22, 2015, at 5:00 p.m. Pacific Time (Los Angeles, California) or 8:00 p.m. Eastern Time (New York).

If you would like to join us for this FREE online broadcast you may do so by registering through the following link www.youawakening.com.

If you are not able to join us live the FREE REPLAY will be available after the original airing.

Because of the importance of the upcoming Equinox, Full Moon Lunar Eclipse, and influx of Gamma Rays from Wave X, I would like to share the following information.

THE MIRACULOUS DIVINE PLAN FOR SEPTEMBER 2015 ~ ECLIPSES, THE EQUINOX, AND WAVE-X 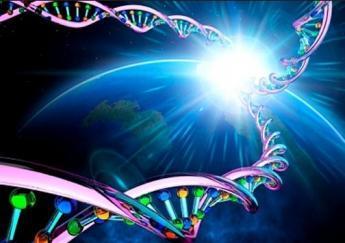 The Company of Heaven has revealed that shifts of energy, vibration, and consciousness unparalleled in the history of time have occurred since the Birth of the New Earth in December 2012. However, they are affirming now that those accomplishments will pale in comparison to the shifts we will experience in the month of September 2015.

Every conceivable assistance is being given to Humanity from On High to help us accomplish our Ascension process. One of the most astounding things is the influx of Gamma Rays we have received from what scientists say was one of the biggest and hottest explosions in the Universe. This monumental influx of Light reached the Earth in 2014, and it is daily and hourly affecting the re-calibration of our DNA. This powerful influx of Gamma Rays was the result of an explosion of a Star that took place more than 12.1 billion years ago. The Beings of Light confirmed that this Light reached Planet Earth in perfect Divine Timing. Just to give you an idea of how far away this Star was, it takes 8.17 minutes for Light from the surface of the Sun to reach the surface of the Earth.

Sometimes these astronomical numbers about time and space seem confusing to us, but we must remember that time and space only exist in the 3rd and 4th Dimensions. From the 5th Dimension and beyond there is no such thing as time or space. In the Higher Realms of Light everything occurs in the Eternal Moment of Now.

Gamma-ray bursts are not well understood by astronomers, but they realize that they are very important because they are the most powerful explosions in the Universe. These bursts release more energy in 10 seconds than Earth’s Sun will release during its entire expected lifespan of 10 billion years. Just imagine! 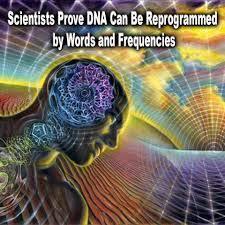 The Beings of Light have revealed that Gamma Rays are instrumental in re-calibrating Humanity’s DNA structures. Now that Humanity’s fragmented double helix DNA has been restored in the Realms of Cause to the 12 strands we originally had, and re-calibrated to the frequencies of 5th-Dimensional Crystalline Solar Light, we are ready for the monumental events that will take place this month.

Now we are being told from On High that these events will catapult the Earth and ALL Life evolving upon her into the highest frequencies of the New Earth we have ever experienced. The anticipated influx of Gamma Rays we will receive from WAVE “X” will shift Humanity’s DNA in ways that will result in the most profound Awakening and return to Christ Consciousness that has ever been attempted in any System of Worlds.

Many are referring to this shift as the FIRST WAVE OF ASCENSION. I have been hearing this phrase for over 40 years. Each time it is used people expect that millions of people, and this time it is being said that 2.2 billion people, are going to just vanish from the face of the Earth. This is the way people have erroneously described the “Rapture” for centuries. As I mentioned previously, that is not the way our Ascension process is happening.

Once again, these monumental Activities of Light occur first in the Realms of Cause. Consequently, they are not usually obvious immediately in the physical plane. That certainly does not mean that they did not happen, it just means that in most instances we will not perceive the tangible results just yet. It is true that we are in uncharted waters and not even the Company of Heaven knows exactly how this influx of Light will affect Humanity en masse. Some people may have instantaneous results, but they are not going to disappear from the Earth. They will experience a profound Awakening and a dramatic shift of energy, vibration, and consciousness.

In all probability, this Awakening and shift of consciousness will occur within every man, woman, and child on Earth more gradually, but that does not mean it will take a long time. Without the interference of our fragmented and fear-based human ego, which is in the process of being Loved FREE by our I AM Presence, this Awakening will occur much more quickly than outer appearances indicate. 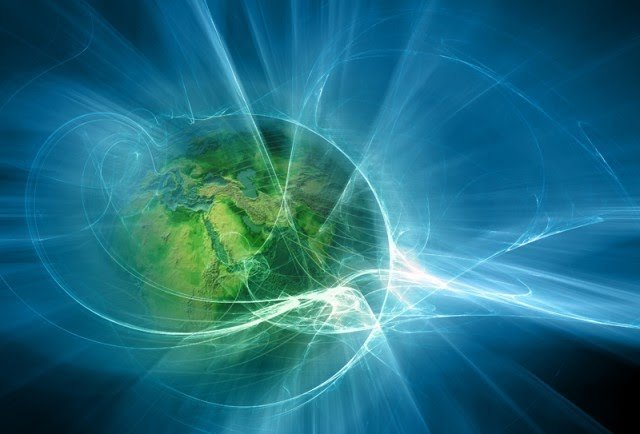 On September 22-23, 2015, which is the September Equinox, we will intensify the influx of Light from the New Moon Solar Eclipse which occurred on September 12-13, and secure it into the Core of Purity in every atomic and subatomic particle and wave of Life on Earth.

The effects of that Activity of Light will build in momentum until September 27-28, 2015, when we will experience not only an incredibly powerful influx of Light from a total Full Moon Lunar Eclipse, but a life-transforming influx of Light from a Celestial Event referred to as WAVE “X”, or The Event Horizon. This is a Celestial opportunity that we have not been able to benefit from since our fall from Grace.

On September 28, 2015, we will receive a crescendo of Gamma Ray Light from the Galactic Core. This is a rhythmic pulsation of Light that blesses our Solar System every 3,600 years with the Divine Intent of raising the consciousness of Sons and Daughters of God and accelerating the evolution of our Solar System. Even though this wondrous Gift of Light from On High has been available every 3,600 years, since our tragic fall from Grace the Earth and Humanity have been vibrating at a discordant frequency that was unable to receive or assimilate the benefits of these Gamma Rays. Now, however, EVERYTHING HAS CHANGED!

The Company of Heaven has confirmed that with the miraculous changes that have taken place at an atomic cellular level within Humanity and all Life on Earth since the Birth of the New Earth in December, 2012, Humanity is finally able to receive and assimilate these powerful Gamma Rays from the Galactic Core. For several weeks, the effects of these Gamma Rays have been gradually building in momentum.

This influx of Gamma Rays will reach their peak in the midst of a total Full Moon Lunar Eclipse. The influx of Light from the Full Moon Eclipse will stabilize the Water Element which composes 80% of the entire Elemental Kingdom and sustains the Emotional Bodies of Humanity. The Water Element is also the Divine Intelligence through which the Love Nature of our Mother God, the Holy Spirit, is tangibly manifest in the world of form. 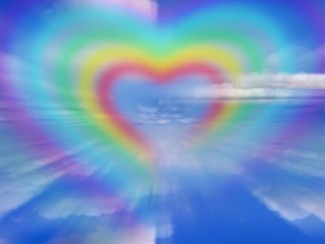 In preparation for this Cosmic influx of Gamma Rays, the Company of Heaven wants us to grasp the magnitude of this opportunity by revealing the following information. Due to the life-transforming Activities of Light that have been successfully accomplished through the unified efforts of millions of Lightworkers around the World, the Earth and ALL her Life are now on the brink of a miraculous Transfiguration.

On September 27-28, 2015, through every person’s I AM Presence, Humanity en masse is going to receive the full power and might of the myriad Gamma Rays we have missed from this rhythmic 3,600 year Gift from On High, back to the initial impulse of the fall. This has never been done before and no one knows how it will manifest for each of us individually, but KNOW the results will ONLY enhance our lives and our Ascension process.

The Mighty Elohim, who are the Builders of Form, have assured us that the Earthly Bodies of ALL Humanity and the Bodies of Mother Earth are now vibrating at a frequency that is ready and able to withstand this influx of Gamma Rays and that this will occur in perfect Divine Order. This is a Cosmic Moment beyond anything that has ever occurred for the Sons and Daughters of God. Be at Peace and Be Here NOW!

Your I AM Presence knows exactly how you can best experience this wondrous opportunity. Go within, ask for guidance, and your I AM Presence will guide you unerringly through this process. I Love YOU more than you will ever know. God Bless You.

This article is copyrighted, but you have my permission to share it through any medium as long as it is offered for FREE, it is not altered, and the proper credit line is included. Thank You.