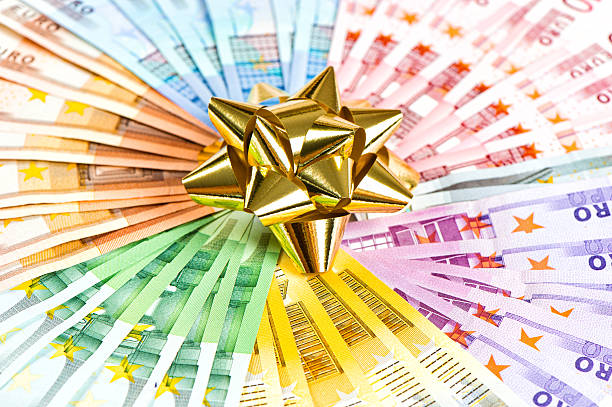 Why did you wait?

If there’s specific intent and a desired result perhaps.

Why did you wait out the RV?

Commitment to cause? Desperation? Inspiration? Divine calling? No place left to turn?

You waited for the above fancy colored Christmas currency perhaps.

But you waited, didn’t you!

The length of your wait is unimportant. Nor your effort. The universe could care less. Even your stories and scars are irrelevant. You waited.

So why then did you? Wait? All this time?

Because you waited. And here you are. Taking the last lap in Olympic Stadium as winner of the marathon!

Victory is sweet. Your feet are floating on the track now. The pain is leaving your body. Adrenaline rushing through your veins with ease.

You waited. So you won.

And come midnight December 23, 2017, when the 5 year international sovereign bankruptcy work through period ends, and 104 years after the Federal Reserve Act expires circa December 23, 1913… you’ll know what truly lies at the end of your new UST issued rainbow.

A Christmas currency you’ll never want to spend. A collectors item to pass down to your grandchildren like a gold medal earned and won in the Olympic games.

For on December 24, 2017, it will be your first day of freedom from financial oppression. And those crisp new UST bills will release into the global T5 public money supply and all RV waiting is rewarded with the same result.

That the goal right? Redemption? The end and the beginning? Being right? Staying the course? A warrior’s ransom?

Maybe. Maybe not. Certainly not for ZIM holders. You guys just get reassigned in the Army of Hunan Angels.

So get your personal spending, disbursing, buying and giving affairs in order so your holidays aren’t ruined from the inevitable shock of attaining such massive sudden wealth.

Because after that honeymoon period ends, you’ll quickly come to realize only the spiritually surrendered survive “the blessing” after your long endured wait.

As the only way to stay alive Post Zimlandia, both on the planet and in alignment with God is to lose everything you think you know about money, service and selflessness… in humble courtesy to God’s roaring restoration of truth.

As with a lion’s preacher voice I started in this on-line currency community, so by God’s grace that’s how I’ll end my time here too.

Unrestricted surrender is your only logical option moving forward.

Surrender to he Will of God is the human’s soul’s only righteous pathway to sacred knowledge across the narrowing bridge to sustained Heavenly favor.

Anything less is suicide. If not now, later. If not later, soon.

As always, Yeshua Ben Yosef waits upon your decision. So wait no more.