You may recall reading an intel report a few days ago that explained how the transition from the USA Corporation to the reinstated Republic may occur.  Most of the veteran readers and astute visitors to this blog and other alternative news sites know that the current government in place today is actually a registered corporation operating on foreign land known as Washington D.C.  We are also aware how there is a secret war taking place behind the veil in regards to secret society factions and even going off world and into the secret space programs.  Some even say there is a spiritual battle between good and evil going on in other dimensions.  As above so below, is a mantra, heard often.  So what battle is taking place in the political realm, especially in the cabal stronghold of Washington D.C.?   We have been reading reports suggesting that Paul Ryan would be elevated to Presidential status.  So how can the “Powers The Be” pull off a transition that fires CEO-President Elect Donald Trump and legally instates Paul Ryan as the new President of the Republic?  If you missed it, you can read one of the many intel reports that get posted on this blog here,  which gives us a little better understanding of what the new world order (good or bad) plans to pull off in the coming weeks or months.

The article posted below is considered a main stream media viewpoint which seems to be giving clues as to what is currently taking place with the Electoral College process on selecting the next President of the United States.  As you may know, the Electoral College holds the authority for electing a President into office.  We the people, are given an illusion that our votes matter but in fact, the power is placed upon those within the Electoral College.  If Trump does not get elected and Paul Ryan is nominated and elevated to Presidential office, there would most likely be firestorm of controversy to wake people up and force the outdated Electoral College system from ever again picking/manipulating the presidential office of the USA.  It would seem that if this is the true plan in action they are ultimately trying to “kill two birds with one stone”.  The first bird is to elect Paul Ryan and the second bird is to finally eliminate the Electoral College.

I am still looking forward to the day that ‘we the people’ actually have our votes count in free and fair elections.  As for now, the transition plan is said to be Paul Ryan and Mike Pence as the new leaders of the free world if the counter-coup d’état (Steve Pieczenik) is successful.  If not, we will have CEO Donald Trump in charge who for some see him as just another puppet president of the USA Corp, or others hope he will actually fulfill his promise of “drain the swamp” in D.C.  Whatever the case may be, it seems that the people will have to adapt and continue to bring to light the absolute corruption among the power structure of society which has existed for way too long.  We must continue to expose the true state of affairs, including but not limited to…… 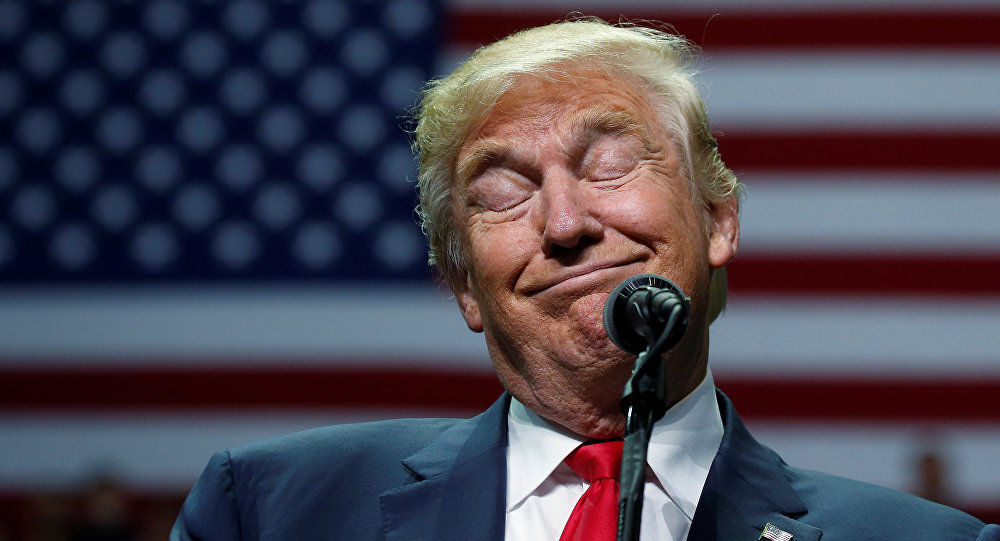 https://sputniknews.com
23:04 23.11.2016(updated 03:45 24.11.2016)
A group of some six Democratic electors are attempting to sway their counterparts in the Republican Party to become “faithless electors” and cast their vote against Donald Trump, in an effort to block the billionaire from achieving a majority in the Electoral College when the group meets on December 19.

Traditionally, electors vote for the candidate selected by the people of their respective states, though they are not legally obligated to do so. “Faithless electors” are those who vote contrary to the electorate’s choice.

The protesting electors, hailing from Colorado and Washington state, are mostly Bernie Sanders supporters.They hope to convince 37 Republican electors to vote instead for John Kasich or Mitt Romney, in order to keep Trump from achieving a majority, in which case the House of Representatives would have to decide the election.


The House is currently under Republican control, so even if the requisite number of Republican votes change, the House could still appoint Trump. The Democratic electors are aware of this, but they believe that their effort alone is enough to cause an already-disillusioned American electorate question the legitimacy of the Electoral College as an institution.

So far, no Republican electors have joined the effort, but Colorado elector Michael Baca told the Atlantic that he hopes to initiate a kind of domino effect of discontent. He said, “we hope that once the first Republican peels away, once we have one who is brave enough to stick to their morals…then we’ll see a wave of support.”

Alexander Hamilton’s quote “the office of President will never fall to the lot of any man who is not in an eminent degree endowed with the requisite qualifications,” serves as the group’s motto. Baca is leading the effort, along with Washington-state elector P. Bret Chiafalo. Baca told Politico, “I do think that a byproduct would be a serious look into Electoral College reform.”

An unnamed elector remarked that, “If it gets into the House, the controversy and the uncertainty that would immediately blow up into a political firestorm in the US would cause enough people — my hope is — to look at the whole concept of the Electoral College.”

Texas A&M University political science professor and Electoral College critic George Edwards III told Politico, “If you could get eight or 10 Trump electors to vote for someone else… then that would probably get people’s attention,” adding that, “We haven’t ever had that many faithless electors in one election.” An online pro-Hillary Clinton petition asking electors to change their votes already has nearly 5 million signatures, and asks, “…why not use this most undemocratic of our institutions to ensure a democratic result?”