In order to increase the global dominance and “lethality” of the US military, the Air Force is moving to modernize its space capabilities and to secure the “freedom to attack and maneuver” in their new “warfighting domain,” top officials have stated.

We are moving forward with modernization in space, so we’re increasing our lethality in all of our areas of endeavor,” Air Force Secretary Heather A. Wilson told reporters Thursday. “And we are shifting to space as a warfighting domain.”

In 1967, the United States and the Soviet Union signed the Outer Space Treaty which prohibits signatories from placing nuclear weapons or any other weapons of mass destruction in outer space. The accord, however, stopped short of limiting the deployment of conventional weapons.

Wilson said Congress has proposed to increase the funding of space-related military programs even beyond the levels sought by the Air Force. Section 1605 of the National Defense Authorization Act (NDAA) for Fiscal Year 2018 also classifies space as a potential “combat domain.” 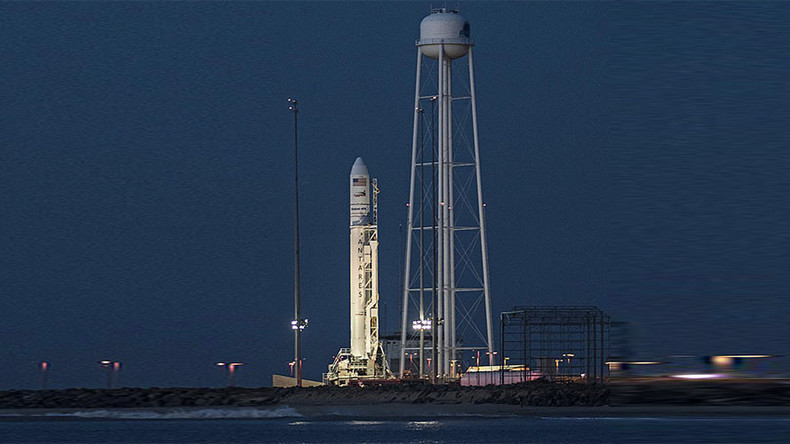 Sunday marks the day that humanity takes one step closer to the science-fiction realm with space lasers. An American aerospace firm is aiming to create 200 megabits per second (Mbps) connections in space using satellites equipped with lasers.

If successful, this new tech could pave the way for networks of satellite-connected devices to send data, which will be useful for military, tech, and meteorological agencies, to and from space via laser connections. The launch of the new satellites is scheduled for 7:14am ET on Sunday from Wallops Flight Facility in Virginia.

The company, Orbital ATK, will send its Cygnus spacecraft, complete with NanoRacks CubeSats satellites, to the International Space Station. NASA is hoping that the mission will highlight the importance of small sensor spacecraft to the future of space exploration.