Exclusive, explosive reports from the patriot
Joint U.S.-French Intelligence Task Force,
operating on American soil for over 200 yearsTOM HENEGHAN INTELLIGENCE BRIEFINGS
ALL Patriot Americans MUST know with sources inside
American/European intelligence agencies and INTERPOL
reporting what is really going on behind the scenes of the
corporate-controlled, fascist, extortion-friendly
propaganda U.S. media’s massive deceptions

Protect and defend   YOUR   Constitution Bill of Rights,
the Supreme Law of the United States
http://www.tomheneghanbriefings.com/
https://twitter.com/Tom_Heneghan

Google Faces Its Day of Reckoning 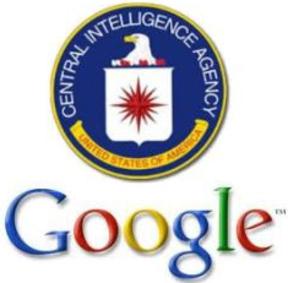 UNITED States of America   –   It can now be reported that internet monopoly Google has been warned by the patriot U.S. Military Michigan and Tennessee Flag Officers that it has 48 hours to cease and desist the illegal TREASONOUS espionage and censorship activities against the American People or face total electronic and physical decapitation.

We can now divulge that U.S. Senator Ron Wyden, Democrat of Oregon, has obtained clear cut electronic evidence from French Intelligence and Julian Assange of Wikileaks that the Nazi Paperclip CIA, assisted by internet monopoly Google and CNN cable news network, have for over 17 years been conducting HIGH TREASON electronic espionage against ALL U.S. cell phones, individual email communications and patriotic internet websites in total violation of the U.S. Constitution and Thomas Jefferson’s sacred Bill of Rights.


We can also reveal that U.S. Senator Ron Wyden, Democrat of Oregon, along with U.S. Senator Rand Paul, Republican of Kentucky, have also obtained evidence from foreign intelligence sources that Google was the internet company that the TREASONOUS U.S. CIA used on the day of 9/11 to hack Pentagon computers as to accommodate junior George W. BushFRAUD and former Vice pResident, neo-Nazi Dick Cheney’s Adolf Hitler-style Reichstag fire 9/11 attack on the American People as to set the stage for the declaration of Martial Law on American soil aka the conspired eradication of our Constitutional American Republic under a tyrannical regime.

Note:  One must recall that neo-Nazi Cheney was in charge of “Red-Blue” U.S.-Canadian war games on the day of 9/11, which were used to disguise the 9/11 Black Op and accommodate a “stand down order” ordered by Cheney, which instructed U.S. Military bases not to respond the alleged hijackings that were occurring simultaneously with the “Red-Blue U.S.-Canadian war games.

Reference:  One must never forget that the beginning of the Nazi Paperclip CIA coup d’état against the American People’s Constitution began at 7:58 p.m. central standard time election night 2000 when the U.S. presidential election was hacked from the Texas Governor’s mansion (with the assistance of Google) in not only the state of Florida but the states of West Virginia, Tennessee, Missouri and New Hampshire, which were electronically stolen by the Nazi CIA-controlled Bush campaign, accordingly, denying the presidency to then Vice President Albert Gore Jr. of Carthage, Tennessee and steal the year 2000 presidential election from the REAL duly elected President of the United States of America.

Google has also been fingered using billions of dollars of funds that they accrued through tie-ins to Morgan Stanley and Credit Suisse that have direct links to major off shore accounts and CIA proprietaries that benefit from heroin trafficking in Afghanistan.

Item:  It can also be reported that Google’s original 2004 IPO was directly financed by the aforementioned criminal banks from proceeds tied to the opium trade in Afghanistan.

In closing, as of this hour, the patriotic U.S. Military Michigan and Tennessee Flag Officers have identified both Google’s Jeff Bezos and CNN’s Jeff Zucker as “domestic terrorists” and direct threats to the U.S. Constitution and the freedom of the American People and shall be dealt with extreme due prejudice.