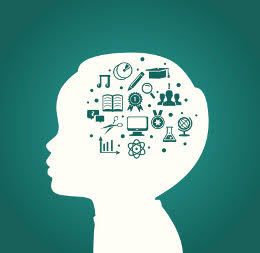 Much of what intelligence analysts do is theoretical–until it actually happens–then it’s just stating the obvious for pay.

Below is a game theory we believe to be accurate both looking back at recent past events and gleaming forward into the near future.

Believe, don’t believe… but opinion and energetic focus are entirely an individual’s responsibility… which of course manifests into personal destiny.

The following is just advanced mind fuel for deep thinkers and cosmic tinkerers.

Hillary Clinton and Donald Trump were chosen to run well before the 2016 Us Presidential election by China, Russia, Republic, France and U.K. because all permanent members of the UN Security Council needed a little over four months after the final collective election (France) to qualify all five countries within GESARA compliance requirements.

Both Clinton and Trump were selected as each could bait and corner Bibi Netanyahu politically, who had deep hooks into both candidates and left a paper trail of corruption with each candidate
over several years–which would allow the Republic to eventually impeach either on their schedule.

Once France’s election and inauguration completed on May 14, 2017… the final RV roll out process immediately began next day and would finalize exactly two weeks later by May 29, 2017.

This included the implementation of new rates and exchange locations, resetting of global algorithms for international market trading and the leaking of key evidence to controlled media outlets to force both Trump’s and Netanyahu’s resignations.

In response, BiBi ordered Mossad to start WW3 creating conflict between the US, Iran and Russia by launching terrorist attacks in Paris, London, Moscow and even assassinating Trump in the White House on May 28, 2017.

Remaining Asian Mossad operatives were also ordered to provoke China to invade North Korea due to increased missile launches towards Tokyo, Japan in an effort to reverse the effects of a Pearl Harbor style attack which drew the United States into WW2 against Germany, Japan and Italy.

Either event would violate GESARA mandates, and potentially ignite WW3 and of course stop the RV.

That would be a Win/Win/Win for the cabal. And keep them in their original schedule of WW3 in this period of time.

Nothing the cabal does at this point will be successful due to a host of reasons discussed in previous posts.

They just don’t have the influence or muscle to pull off another faux world war.

Nor will the RV be delayed any further. As its release is on a timed-release program per the Chinese Elders.

All release decisions have been made to begin GESARA’s implementation and spring forward humanity across a threshold of tolerance for such rogue political figures who refuse to exit power gracefully.

The mission target date is Memorial Day 2017 and it was chosen for many reasons stated in earlier posts.

This is why the Trump impeachment energy has reached an accumulated high point come Friday, without feeling as though it was long over due or neglected.

The Chinese Elders’ desire is to accomplish the private internet group RV by the end of May 2017 and all possible private redemptions in full by June 2017.

Doing so will allow for the US Republic to be declared as restored by mid-year on July 4th; after a Ryan/Sasse ticket (per earlier UNSC approval) is voted into power by both Houses of Congress, and viewed internationally as an acceptable Republican executive leadership replacement to Trump.

Ryan will be asked to take power by the House of Representatives for the next 7.5 years (and potentially Sade for the next 8 years, totaling a possible 15.5 years of progressive Republicans leadership).

These two “brand new candidates” were also chosen by the UN Security Council and Chinese Elders, and placed into position back in the summer of 2015.

All financial and legislative successes will be credited to the Ryan Administration, without Ryan having to abandon the conservative GOP base which both he and Sasse will need to win future elections in the coming years–specifically 2018 mid-terms.

President Ryan will then pass a series of new legislations, one of which will be returning the Republic to the gold standard and replacing our national currency printed by the Republic Treasury and not the Federal Reserve Bank.

This will ignite an innocent public RV as citizens will all head into retail bank branches and wealth management offices to swap out their currency.

Technically, this will constitute a historic revaluation of US currency and everything will be right again in American politics–both foreign and domestic.

And the hyper affluent, mind bending, two decade long struggle to achieve a sovereign rate foreign currency exchange (GCR) will never be recorded in American history books as ever happening.

As markets open on Tuesday May 30, 2017 in Asia at (9pm EDT Monday in NYC), the international business week (IBW) will function per normal, but with an entirely new digital financial system including gold backed currencies at updated rates, used by all 209 sovereign nations across all five tiers of global financial customers… without anyone even noticing the transition after a summer holiday weekend in the US.