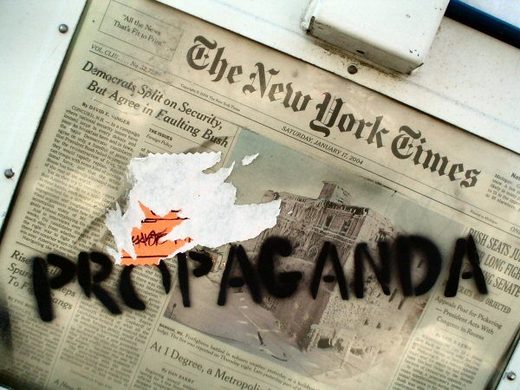 The battle-lines in the information war are drawn. The mainstream media, which the people increasingly see as unreliable, believes that the free flow of ideas and information on the Internet is a threat to our well-being.

The war on ‘fake news’ began in earnest in November 2016. The Washington Post then released a blacklist, compiled by anonymous source PropOrNot, on which 200 sites were accused of “Russian propaganda efforts to undermine American democracy and interests.”

Evidence for why these 200 websites are guilty as charged has still not been delivered. With no proof, the mainstream media simply declares these websites and the people behind them as a danger to society.

…obtain news from actual reporters, who report to an editor and are professionally accountable for mistakes. We suggest NPR, the BBC, the New York Times, the Wall Street Journal, the Washington Post, Buzzfeed News, VICE, etc, and especially your local papers and local TV news channels. Support them by subscribing, if you can!

Mainstream media outlets proclaim themselves the only true press, while independent alternative media, in cooperation with Russia, ‘destabilize society’. 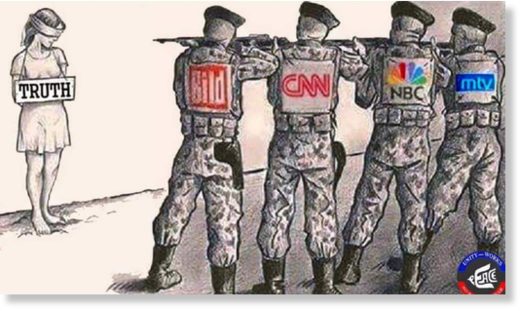 A number of politicians have spoken firmly about this, even calling for draconian measures to ‘protect real news’.

Hillary Clinton said that ‘the epidemic of fake news’ puts lives at risk. “It is imperative that leaders in both the private and public sector step up to protect our democracy and innocent lives,” she said.

Former European Parliament President Martin Schulz also spoke about taking hard measures against ‘fake news’. If voluntary action by social media companies is insufficient, then legislation against it must be passed – “not only national but also European,” said Schulz.

Chancellor Angela Merkel told the German parliament in December that ‘fake news’ poses a grave danger: ”we must confront this phenomenon and, if necessary, regulate it.”

In fact, an increasing number of German politicians think the dissemination of ‘fake news’ should be a criminal offense. “Especially when it is part of a disinformation campaign, high penalties must be imposed,” said Ansgar Heveling of the Christian Democratic Union (CDU). Patrick Sensburg of the CDU told German media that ”Disinformation aimed at destabilizing the state should be a punishable offence,” and those responsible “could be tried for espionage.”

For now, Facebook in Germany will be working with journalist organizations to counteract the spread of ‘fake news’. Journalist research firm Correctiv is the first organization to get started on Facebook, and will check if a shared article is ‘fake’ or ‘real’. 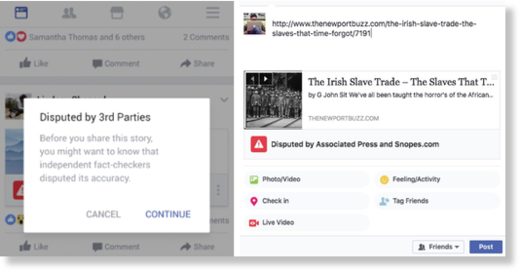 In the US, 43 media companies are involved in this screening process: ABC News, Factcheck.org, Politifact and Snopes will be the first four organizations to test the new procedures.

In the UK, the BBC will handle this task: ”Where we see deliberately misleading stories masquerading as news, we’ll publish a Reality Check that says so.”

In France, Facebook works with AFP press agency, the newspapers Le Monde and L’Express, and TV channel BFM in dealing with ‘fake news’.

In the Netherlands, Facebook collaborates with NU.nl to ‘inform’ users when they are sharing ‘fake news’.

The mainstream media will thus try to influence people from sharing ‘fake news’, which is akin to a butcher inspecting and assessing the quality of both his own meat and that of his competitor.

The Orwellian Ministry of ‘Truth’ is born.

What counts as ‘fake news’?

The US, under the guise of promoting democracy and protecting human rights, intervenes in other countries to gain control over local economic, political and military policies.

Through ‘charitable institutions‘ (USAID, Civil Society Project, NED etc.), the US government finances organizations to shape others’ internal political affairs. Billions of dollars go to opposition parties to either foment regime change or ensure the correct regime remains in place. So many of what have been called revolutions, are in fact coups.

Should a so-called ‘soft coup’ fail, an armed insurgency follows. The West finances, arms and trains opposition groups to seize power by force.

The last option is direct military intervention to finish the job.

The US overthrew more than 30 governments in the last century. On every occasion, the mainstream media portrayed these illegal and immoral acts as ‘humanitarian interventionism’, and not what they were: naked imperialism.

Any information that sheds critical light on how the US achieves its goals falls under the category of ‘fake news’. 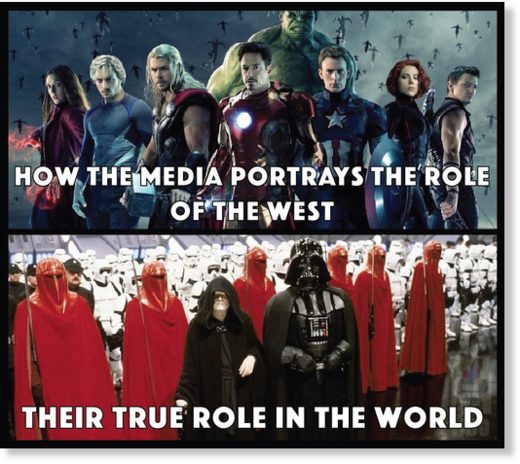 The true distributors of fake news are, and always have been, the mainstream media, which has historically been tasked with protecting the establishment status quo in the interest of ‘stability’.

Only 32 percent of Americans today have trust and confidence in the media, according to Gallup polling. This is 8 percentage points lower than last year – which makes it the lowest percentage ever.

Gallup began asking this question in 1972, and on a yearly basis since 1997. Americans’ trust and confidence hit its highest point in 1976, at 72 percent . After that period, Americans’ trust in the media has fallen slowly and steadily. Since 2007 this level has remained below 50 percent. 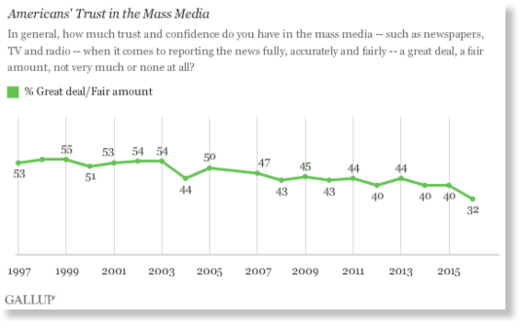 Americans consider CNN the least trustworthy news network, with only 33 percent saying they trust its political reporting. This is further supported by a recent Rasmussen opinion poll.

However, CNN CEO Jeff Zucker recently claimed in an interview that the credibility, viewpoints and reporting of his TV channel is stronger than ever, stating: “There is only one television network that is being viewed in Beijing, Moscow, Seoul, Tokyo, Pyongyang, Baghdad, Tehran and Damascus – and that’s CNN.”

It may be true that business travellers are watching CNN piped it into hotel rooms, but what is the relevance of such a metric in a world where most people watch/read ‘the news’ online?In addition, having a wide [captive] audience does not imply honesty or integrity.

The plain truth is that people are either not watching/reading mainstream media anymore, or they’re doing so with a more critical eye than before. Hence the media’s credibility issue, and hence its attempt to deal with it by attacking anyone not toeing the officially-approved version of events line. 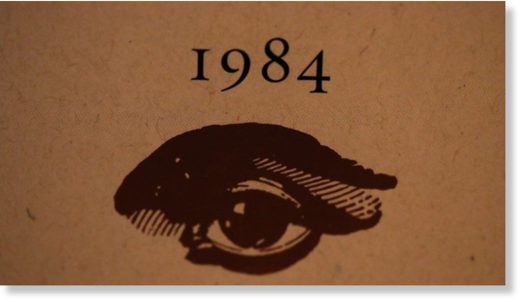 With politicians branding independent media a danger to society, attempting to intimidate social media users into not sharing ‘fake news’, criminalizing the production and distribution of ‘fake news’, and seeking to penalize its creators as ‘spies’, we have reached a threshold where merely expressing something in a critical tone can see the authorities mark a citizen as an ‘enemy of the state’.

The implementation of this regulatory structure is currently in its initial phase. It is a development to which we are all witness, a development that, if left unchecked, would deliver us all into an era of totalitarianism and unfathomable darkness.

There is a silver lining however. As those in power in the West attempt to increase their control over the minds of the masses, their efforts will be met with resistance to and rejection of this Orwellian plot. In response, these powers will increase their outrageous attempts to control the debate and define the narrative in ways that are increasingly out of touch with the reality experienced by ordinary people. The result will be that more and more ordinary people will awaken to the extraordinary truth that their leaders are liars.

Editor, researcher and writer for Sott.net