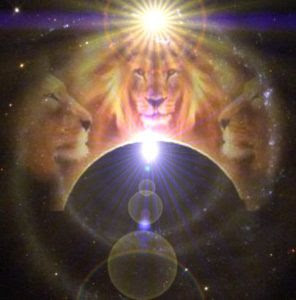 August 8th, or 8/8 is known as the Lion’s Gate Portal. What does that mean? Even if you know nothing about astrology, the 8-8-8 occurring today—this year—should tell you it’s of “yuge” importance—and to be followed three days later by a solar eclipse—off the charts! A midsummer night’s dream!

August 8th (8-8) is known among the woo-woo community as The Lion’s Gate—a date, annually, where the Earth aligns with the Galactic Center and Sirius 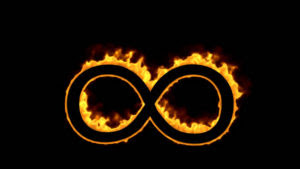 Numerologist Felicia Bender explains that eight, AKA the number of infinity, “is an amplifier. When you see it, it’s always offering challenges and opportunities in the realm of personal empowerment. And once that’s achieved, then, it’s about material manifestation and abundance.” Source

The dark and the Light both understand the constellations and the movements of the stars and use the prevailing energies to navigate the Earthly chess board.

Not being a chess player, I appreciate a little insight now and then from an interpreter, and it’s SB2/WD to the rescue.

Q has said all along to “trust Sessions”, and some unquestioningly do, while others can’t. Perhaps after this analysis from the War Drummer, they may do a little more research and find they can “trust the plan”—and Sessions.

With or without QAnon, I have always trusted that the players who need to be in place are embodied here now, to get this done. I trust the cosmic, interdimensional plan of the ages. And how!

Who is Jeff Sessions? Is Jeff Session Q? That doesn’t feel right to me, but I don’t have a good sense of the man since he’s been flying under the radar all along, but top of mind for me, anything is possible.

Who is Donald J Trump? Who can afford to be completely fearless in this world of murder and intrigue where assassinations and executions are daily practices across the globe?

Seriously. Who is Donald Trump? Is he a walk-in? I thought Vladimir Putin might be a walk-in as there are reports he died and the “new” Vladimir Putin doesn’t look exactly like the old photographs we see of the KGB Putin. We’re told our galactic brethren have visited Putin and encouraged him to “trust the plan” and cooperate. He certainly seems to be playing the game with Trump.

We don’t know who all the players are, however. Q has said, “Wait until you learn who has been talking to you here.” We’re going to be blown away. You know that, don’t you?

When this story is told, we’re going to be blown away by a lot of things. It will be the greatest story ever told on this planet. Things are happening that we don’t even think are possible because we don’t understand the reality we occupy.

The war to end all wars is unfolding before our very eyes. A multi-dimensional war. Thanks to Trump/QAnon/SB2/WD—and the autists, we get a glimpse and are able to participate to a small degree. Never before have war generals held the rapt attention of the troops and the masses like they do now—without the use of the media and their propaganda.

The ones who are running the show are keeping a low profile, but they are reaching out to the awakened ones because they need our help. This is why we came. You can’t have a revolution without the People. It’s important that we understand the big picture and it’s important we remain neutral and open-minded, because things are not what they seem.

Who is Donald Trump, and why is he the most feared man in the world? Perhaps this video from the War Drummer answers that question.

His Trumpness (used affectionately and with reverence) made another speech to business leaders yesterday in New Jersey if you’d care to watch and listen. I haven’t yet taken this one in but I like to listen for the double entendres. I daresay he may even use triple entendres. ~ BP