Article first seen at Stillness In The Storm

Major movements towards the complete control of the surface population by the negative agenda were halted and reverse engineered back into a major push forward towards positive polarity/timelines. 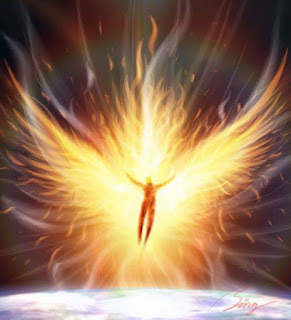 The 23rd of September was pushed with as much quick “end of the world” programming as possible for a greatly needed recharge for the negative forces, and unknown to many, the Draco alliance was using this Loosh energy to open up a portal to bring in much needed backup.

In coordination with some of the surface ground crew anchored in the physical, operations to not only shut down the portal, but to reset original timelines, open up more Galactic Consciousness to the programmed surface population, and capture/quarantine some major players in the Dark forces were undergone with a major success.

The Dark forces have been in survival mode for almost a year now, and they are pushing as hard as they can for more and more fuel. This is why we are seeing so much social unrest, unstable weather, natural disasters, wars and rumors of wars picking up faster and faster.

The negative agenda has been running the razors edge for a long time. Milk enough negative energy out of humanity to fulfill their agenda, and keep us from exploding into a massive Armageddon type scenario from all the etheric interference, social/political programming and us vs them mentality. Without us, they have no batteries, and this is another reason why there will never be a major world ending war, simply because they need vast numbers of their “livestock”.


They are reaching the end of what their manipulation can handle without the collapse of their entire system.

Here is the thing though….we already know the old world is collapsing. Many are actively cultivating the seeds of the new world to catch the collapse of the old.

The reason we came here is to usher in humanity through the birth of the Golden Age as painlessly and full of love as possible.

Take stock of yourself. Do you produce as much as you consume? What value are you bringing to humanity?

If this question leaves you lacking, which if we are being honest with ourselves, all of us are lacking in some aspect of this, do not let it discourage you. Start small. Smile at a stranger. Hold the door for someone. Make a meal for the neighbors.

We are all stuck inside of our bubbles only caring about our immediate surroundings. It is not ME that is going to get us through this, it is WE.

Start to open up the feelings you have to your immediate friends/family and start spreading it out to everyone. Even if you can never interact physically with billions of these people, send them your love, your appreciation, your thanks.

Stay calm. Stay true. Hold yourself to a higher standard. We are coming into the unstable times of chaos before the major transition. A small, sustained group of people holding the world in their hearts with love can make this transition so much faster and easier.

Become one of them. Become one of US. Recognize that everything we thought was true is malleable and we will be witnessing amazing things in the coming years.

We all know there is something massive coming for humanity. Something brilliant. Something pure. The path is clearer than it has ever been, and we can see where it leads now.

From my heart to yours,