ALL patriot Americans MUST know, with sources inside American/European intelligence agencies and INTERPOL

reporting what is really going on behind the scenes of the corporate-controlled, fascist, extortion-friendly

PROTECT AND DEFEND YOUR

SUPREME LAW OF THE UNITED STATES

Exclusive, explosive breaking reports from the

operating on American soil for over 200 years 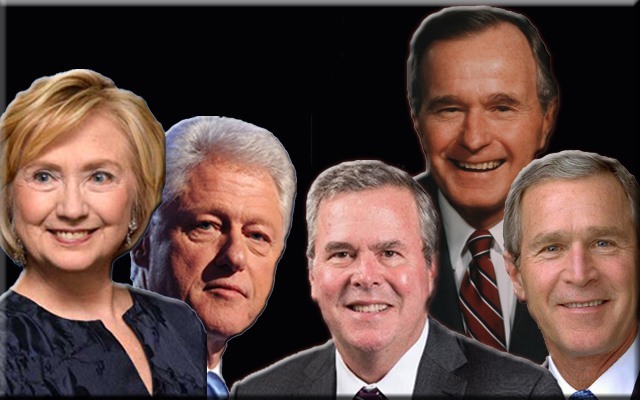 There are NO statutes of limitation on HIGH Treason :

And You Thought They Were Only “Minor” Crooks

“Neil Bush was into bank fraud, Jeb was into political fraud, George W. was into corporate fraud, Marvin was into general fraud and George Bush Sr. was into them all”.

“What is important to note about the S&L scandal is that it was the largest theft in the history of the world and US tax-payers are who was robbed.”

Reference: The Bush family and the S&L Scandal

The Savings and Loan industry had been experiencing major problems through the late 60s and 70s due to rising inflation and rising interest rates. Because of this there was a move in the 1970s to replace the role of S&L institutions with banks.

In the early 1980s, under Reagan, regulatory changes took place that gave the S&L industry new powers and for the first time in history measures were taken to increase the profitability of S&Ls at the expense of promoting home ownership.

A history of the S&L situation can be found here:

What is important to note about the S&L scandal is that it was the largest theft in the history of the world and US tax payers are who was robbed.

The problems occurred in the Savings and Loan industry as they relate to theft because the industry was deregulated under the Reagan/Bush administration and restrictions were eased on the industry so much that abuse and misuse of fund became easy, rampant, and went unchecked. Additional facts on the Savings and Loan Scandal can be found here: http://www.inthe80s.com/sandl.shtml

President Reagan created a huge secret fund to be used to undermine the Russian currency during the latter part of the cold war. The fund was created by the US Treasury by offering steeply discounted 20 year bonds to over 200 European banks at 7.5 percent interest. The original amount of this secret fund was 27.5 TRILLION DOLLARS! The original purpose of the fund was to debase the ruble and thereby ensure and hasten the demise of the Soviet Union.

“After the Cold War ended, the money was placed in overseas accounts, Wanta was appointed legal guardian of the fortune by President Reagan with the understanding it be returned to the American people to be used for schools, roads and even infrastructure improvements in Louisiana to bolster the inadequate levee system.[1]

Reagan did not make his Vice President, George Bush Sr., privy to the agreement, (for reasons) which shall become apparent. However, Bush did learn of the fund, apparently through his CIA contacts.

In 1993 Leo Wanta began to talk about the existence of the fund. Wiley Willy Clinton had his own reasons for not wanting information about the fund to become common knowledge (“But when Bush senior and Clinton took over the reins of the White House, according to Wanta, things changed, as the vast sum of money was treated more like their own personal slush fund instead of property of the American people”.)

[1] so Clinton sent Wanta with FBI head, William Sessions, on a “spurious mission” to Switzerland to arrest a well-known federal fugitive, Marc Rich, on tax evasion and money laundering charges. Rich was notified of his impending arrest by the Mossad or the CIA so he fled Switzerland before Sessions and Wanta arrived. However, when Wanta and Sessions arrived in Switzerland, Wanta was immediately arrested by Swiss authorities and held in prison for 134 days. He was released through the intervention of former Israeli Prime Minister, Yitzak Rabin and, who was himself assassinated in 1995. No US effort was made on Wanta’s behalf except for getting him re-arrested once he was returned to the United States.

“The murder of White House counsel Vince Foster was a classic dark-side operation. Vince Foster was the man who knew too much. As a former partner with Hillary in the Rose Law Firm, he was the one person in the Clinton entourage who had comprehensive knowledge of all the personal affairs of Bill and Hillary and their secret financial dealings. He knew about all of the illegal activities in Whitewater; the lucrative no-risk stock trades made with the help of highly placed insiders; the collusion with the CIA to run drugs from Central America through Mena, Arkansas; the subversion of the Arkansas State bond markets with secret partner Jackson Stevens; and the corruption of the State Police to cover for Bill’s philandering. “

Sessions returned to the US without either Marc Rich or Leo Wanta and was soon fired by Clinton without explanation:

“The day before the murder of Foster, the Director of the FBI, William Sessions, was sacked by Clinton. Sessions had in place an elite team, he believed were above reproach, investigating the high-level treasonous criminality of Bush/Clinton/Greenspan/Weinberger and related culprits”.[3]

Wanta was returned to the United States and was immediately re-arrested in New York. The federal judge before whom he was arraigned, threw the charges out and released Wanta. However, Wanta was re-arrested on the steps of the federal court house in New York on false charges of property tax evasion in Wisconsin. At the same time, the CIA circulated the rumor in the European financial community that Wanta was dead thereby opening the vault doors protecting this 27.5 Trillion dollar fortune to the various parasites both within and without the government who were waiting to start nibbling away at the theft of the fund.

“After Wanta was framed and put in jail, reports linking Hillary Clinton to dipping into the Wanta-controlled accounts were recently verified by overseas investigators.(Wanta was ordered) to give Vince Foster $250 million dollars earmarked for the Children’s Fund. It took . . . a few days to make the proper transactions of roughly $81 million each and then Foster left with the money for Washington. Investigators claim the First Lady traveled to Grenada, ordering a bank transfer from Bank Crozier Limite, Grand Anse P.O. Box 1005, St George’s Grenada, West Indies. Although the amount Clinton pilfered is unknown, estimates are she withdrew approximately $250 million from a Leo Wanta-controlled account, an account to be transferred to the U.S. Treasury listed under Marvelous Investment Limited, bank account number A/C 374-250.”[1]

Below is a Partial Listing of Pilferers of The American People’s 27.5 Trillion Dollar Trust Fund Taken From Leo Wanta’s Notes:[1] 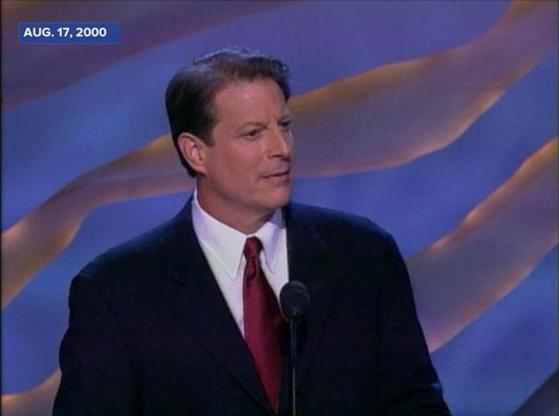 the Supreme Law of the United States,

our U.S. Constitution, demands it!

As we live free or die, Lafayette remains at Brandywine and

Al Gore on Restoring the Rule of Law