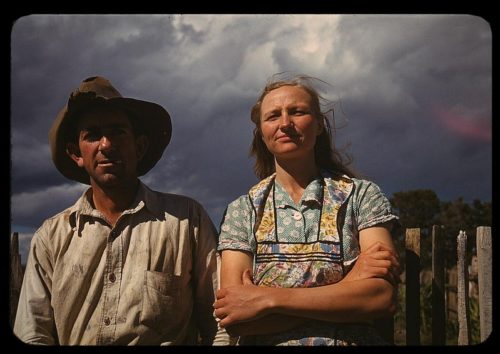 For the first time in US history a handful of US states is teetering on the edge of bankruptcy. Illinois is about to be downgraded to junk bond status, which will turn its financial problems catastrophic overnight. Illinois cannot possibly pay its accumulated debt, its unpaid medicaid expenses and its future retirement obligations, so bankruptcy almost certainly will be its only way out.

Main, Connecticut, Kentucky and California are also caught in chronic budget deadlocks that may lead to bankruptcy as a solution for dodging their entitlement obligations. Bear in mind they’re called “entitlements” because it’s money promised to you that you already put in the work to earn. It’s your retirement. Illinois, for example, has over $200 billion in pension obligations that will never be paid … or that can only be paid at a greatly diminished level worked out in some form of effective bankruptcy.

That’s a problem that is only solved by turning it into a worse problem for others. Illinois will end its problems by making certain that for the next quarter century, a good portion of the now retiring baby-boom population is dirt poor and must be carried by the younger population as dead wait (if not exterminated) because the retirement they planned in order to responsibly carry themselves through their final years isn’t there.

Instead of the state not being able to pay its bills, bankruptcy means that hundreds of thousands of retirees won’t be paying theirs, which means the people they owe money to will be going broke, and so the problem trickles down. State bankruptcy merely shifts the burden so that legislators don’t have to deal with it but you do. And it’s inevitable because the alternative is that you pay for it through much higher taxes. The state is you.

The Federal government won’t be solving the state budget problems either because it plans on dumping heavier medicaid expenses back on all states as it repeals Obamacare to help solve its own budget problems amid its own deadlock. Like the states, its own Social Security funds are going broke, so it faces its own massive entitlement problems. And, if it bails out one failing state, it will be expected to bail out all others that face such problems.

With Illinois effectively reaching bankruptcy and a likely catastrophic credit downgrade this summer, the problem finally starts coming to a head where everyone is forced to see how decades of government debt accumulation end, and that end looks something like this in real terms:

Illinois, as the bellwether example, has already stopped paying the contractors who fix roads and other infrastructure. That means the contractors will now stop fixing the roads and won’t be paying their employees, and broken roads don’t get corn and beef to market. Illinois has stopped paying doctors. That means the doctors will stop fixing people. Illinois has refused to pay its lottery winners (even though it took the money from all the suckered ticket buyers). That means there will no more lottery to raise state money because there will be no more ticket buyers. That means the state’s budget problems just got worse, so Illinois soon won’t be paying state employees or pensioners.

It sucks when your entire state goes broke. You see, you can keep kidding yourself — as our entire nation has for the decades that I’ve been complaining about this — that you’re going to take care of everyone on welfare with endless debt spending or that you’re going to maintain huge military power to control the world with debt spending; but eventually you pile up state or federal debts so high that you wind up not paying anyone, including the welfare recipients or the soldiers in your military.

Like the US government, the State of Illinois has been operating without a real budget for more than two years, operating dysfunctionally during that time by court-ordered stop-gap measures because the legislature is deadlocked as politicians refuse to accept reality; so, Illinois has now reached the same financial status as Puerto Rico.

Illinois is grappling with a full-fledged financial crisis and not even the lottery is safe – with Republican Gov. Bruce Rauner warning the state is entering “banana republic” territory…. Reports have suggested the state could be the first to attempt to declare Chapter 9 bankruptcy — but under the law, that’s impossible unless Congress gets involved….. “Illinois is the fiscal model of what not to do,” Rep. Peter Roskam, R-Ill., told Fox News, while not commenting on the bankruptcy question. “This avoidance in behavior toward dealing with our challenges is what leads to the devastating impacts we are seeing today.” (Fox News)

And, for Illinois, the problem is that they cannot kick the can down the road any further because the next credit downgrade will make it impossible for them afford their current debt, which is really already impossible. Creditors will become much fewer and more expensive when Illinois becomes the first state of the union to hit junk-bond status and maybe the first to declare bankruptcy since the Great Depression, when Arkansas found itself “plain flat broke” and became the only state to ever default on its bonds (showing it can happen), effectively declaring its own bankruptcy, even if not sorted out through the federal courts. (Eventually, years later, Arkansas paid their bond holders.) Already, the Illinois ten-year bond yields are at 5.2%; but the world becomes exponentially worse when you hit junk-bond status and entire large institutions become outlawed from financing you.

“We have a very real deadline looming,” Senate Republican Leader Christine Radogno told Fox News. “The alternative to not finding a compromise will be devastating to Illinois.”

With or without bankruptcy, the state is already badly defaulting on its obligations. Bankruptcy is just a more orderly way of deciding who is not going to get paid and by how much. But the not getting paid part? Already here, and nearly a dozen states are falling into this kind of severe condition. The issue with state bankruptcy is that bankruptcy court is federal, putting state budgetary sovereignty under state’s rights under federal determination; but it can be done:

David Skeel, a law professor at the University of Pennsylvania … wrote outright that, “The constitutionality of bankruptcy-for-states is beyond serious dispute.” The key, as he sees it, is that bankruptcy would be entirely voluntary, which should eliminate any concerns about Federal intrusion on state sovereignty. (Zero Hedge)

And it has been done … long ago … and is now here again.

Economic denial is about to square up to economic reality, and reality always wins! Eventually, economic reality forces your hand in a catastrophic solution because of your profligate ways. Eventually, you end up as a truly cashless society. This summer, we get to watch that play out in Illinois to get a sense of what it will look like elsewhere.

At the end of the day, a broken state is a broken you.

The motto of the State of Illinois, Land of Lincoln, who held this great national union together, is “”State Sovereignty, National Union.”

Illinois is all of us.