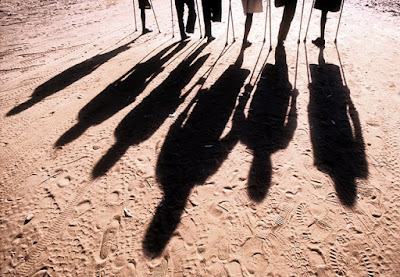 I’ve been asked to continue posting for the sake of people’s sanity in Dinarland. Know that I no longer enjoy doing these–haven’t for awhile but was trying to finish strong.

Recently, the net energy in this community has dipped very low. And there’s no joy in telling people why they are still suffering versus when it will end.

Sadly, there’s not much new to report which is not what this community prefers to hear. Yet it’s true.

The Manchester, England terrorist incident simply did not happen. No one was hurt let alone killed from any ISIS terrorist.

The cabal is embarrassing itself now. Nothing evil is sticking subconsciously anymore.

These horror filled events are all made up just to scare the world into submission, and cast the possibility of some dangerous soft target network driven by rel igious fear.

Once you understand (accept) that all modern history has been fabricated in cabal funded think tanks, then fed to humanity in the form of mass media false flag events like Manchester, you’ll understand perhaps why the NPTB are so very cautious with the RV’s release.

The last thing they want is to start and stop the RV for any reason and have it stunted because of a fake attack.

In fact, they won’t.

In terms of the coming Trump’s impeachment, I shared this reality with Dinarland well before he legally even took office.

I was dead wrong about date and methodology of his exit, but obviously correct in my analysis of what was going to happen based on the structure of our Republic.


Neither Clinton or Trump was even running for an office (USA, Inc. President) that stopped existing after Obama was removed in 2015 when the USA, Inc. bankrupted in Puerto Rico, and Paul Ryan was inserted by the Chinese Elders to run their prized asset.

The Trump prediction is reminiscent of my ZIM sovereign rate forecast made months earlier, whereby we could all redeem at unthinkably higher rates in comparison to traditional Internet guru forecasts.

Because the ZIM we own is a historic bond as well as a currency–it’s also the reason why military bases are required to redeem this particular sovereign asset class–as well as the net end value to clients.

This is an unprecedented fiscal event based in absolute reality, yet made to look utterly insane in the false illusion system they created for us before our births.

Dinarland skewered me pretty badly for sharing all this information. Now it’s all kinda of a given. I’m holding back the grace in front us all because Incant handle the persecution.

It always amazes me how eager and vicious people are when arguing against their own best interests.

Be advised now that Donald J. Trump has committed treason against the USA, and his guilt was the reason I loathed him so.

I don’t pay him much mind anymore now that he has proven to be a burner cabal President with no structural validity to govern.

Below is a CIA briefing that might shed light on why I felt it imperative that White Knights of the Republic remove the braggadocios orange one before ever taking office.

From this, it might be easier to understand why we were made to wait four months as it relates to global elections and the five permanent member veto level votes on the UN Security Council.

There are a lot of nations with legal rights to our country right now–and they needed some time to prep America for a restored Republic government led by President Ryan.

The Chinese and Russian governments just needed additional time to set the entire western world up for post RV success, and thus had to wait for Europe (France) to legally resolve its election cycle, regional currency and NATO military force.

And quite possibly 9/11 truth. Such a flash bang would start the RV and impeach both Trump and Netanyahu in a heartbeat.

Did the travel agent who booked this trip pitch it as a 9/11 revival tour? Because that’s exactly what it is meant to be–make people remember 9/11 and be scared–because these same counties helped stop the first RV in 2001.

Yet this weak tactic is all the cabal has left–drudge up old bad memories which they sincerely believe will create a fertile emotional soil to seed the world in future debilitating fear … and stop the second RV.

Seriously, they really believe this, and why we got a teenage death false flag event this week.

But the nightmares of yesterday no longer hold us in fear, and no vibrationally restrict our joy making their reality just colorful fantasy.

The cabal has no more control over humanity or our souls anymore. Absolutely none.

For all shadows eventually are brought into the light of the truth. All. And their faux rule and mass threat relevance has disappeared rapidly, irreversibly, and forever.

Meaning, there is no delay large or strong enough vibrationally to stop the RV from releasing and blessing the world.

We’re just awaiting the optimal astrological moment based on the ancient lunar-solar calendar by which all can witness and choose to receive such a miraculous blessing for our entire species and planet.

So this utter desperation you’re all feeling individually and collectively is simply not there people.

Love and hope often masks itself as phantom pain, and in the misunderstanding rests our current suffering.

So release it. Just let it go. And whatever comes back to you is real.

Once you understand how and why this equation is on negotiable, you can break free from the hold fear has over your joy–and all limitation will evaporate in an instant–like a night shadow exposed to the morning light of day.

Hope this post advances your mind, heart and soul in Christ. As ascension is the whole game.