In this short video, White Rabbit News reports that 4 West Virginia supreme court judges were impeached. She says it relates to Q post #150. You won’t believe the liberties these people took with taxpayer money.

Here’s another judge to fire. If CBD oil has no medicinal value, why is it a controlled substance? Follow their logic.

Hypocrisy and corruption are rampant in government agencies like the FDA, DEA, CDC and the judicial system. Evidence is ignored, and the facts misconstrued and twisted to suit the agenda of the controllers who have no desire to serve the People, prevent suffering, or relieve ailments. 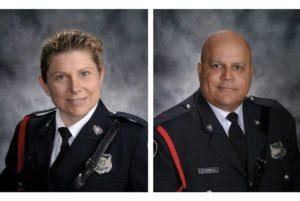 Const. Sara Burns, 43, left, and Const. Robb Costello, 45, are shown in these undated police handout photos. Fredericton police have identified two police officers who were among four people killed in a shooting on Aug. 10, 2018 in a residential area on the city’s north side. – The Canadian Press

Canadians will have heard the story from last Friday about the mass shooting in Fredericton, New Brunswick. Two police officers and two civilians were gunned down early one morning, and although the shooter was taken into custody, for several days people were saying that the perp’s name had not been published; only that it was a “48 year-old man from Fredericton”.

The problem seemed to be that the incident took place in a neighbourhood with an unusually high density of Muslim immigrants. Since the media and even the police refused to reveal the name of the arrested man, suspicions ran high that the shooter may have been an immigrant and they just didn’t want to say so.

Vlogger Billy Joyce from Nova Scotia called the Fredericton Police precinct himself and they refused to provide the name at that time, he said. It’s almost like they were stalling until they decided what to do.

I did a quick search this morning, however, and found the following articles, among others, which name the assailant as Matthew Vincent Raymond. They had to release a name at some point.

He is described as odd, child-like, a recluse and quick to anger. Sounds like the perfect combination for a drug/mind control psyop patsy. They always have mental issues, don’t they? The media loves to focus on that.

And check THIS out…

Former co-worker Carr said Raymond often talked about playing video games, to the point where Carr says he questioned whether Raymond was confusing reality with the games he played.

He said Raymond once told him about several tricks he did on a motorcycle, only to find out Raymond did the tricks in a game and not in real life.

“He talked like he lived it himself,” he said.

Sound familiar? How about “Rich”, the airline employee who stole and crashed the Horizon Q400 plane from Sea-Tac International Airport Friday night and said he could fly the plane because he’s played video games some.

So many distractions… so little time—for the psychopaths. Liz Crokin says the hammer is about to fall on the criminals, and that relates to the pedophilia. They would be aware of this, and it might account for all these distractions and attacks.

We were warned as far back as 2012, in my recollection, that the “good guys” would be keeping watch on bridges, dams, and infrastructure in America for sabotage by the cabal. Italy has been going against the wishes of the controllers lately and may have earned a rap on the knuckles for their trouble—or, we may find it was just old and not properly maintained. Our thoughts go out to our friends in Italy.

AT LEAST 30 DEAD AFTER RAISED MOTORWAY COLLAPSES IN ITALY

It can be dangerous to assume that everything is black and white, and we would be wise to take each situation separately rather than attempting to pigeon-hole information or events in set cubbies. Everything is connected, yes, but connecting events and facts incorrectly can throw a prejudicial light on them. Until everything is over and we are completely free, we need to remain watchful and discerning. If we use our critical thinking skills we can remain balanced yet open-minded and difficult to fool.

Could it be any more predictable? 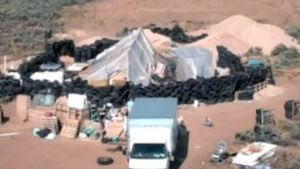 From the world of woo-woo—this actually sounds like hysteria. The Russians under attack again. Lasers or microwaves? Space weapons seem to be in the news a lot lately. Is it a set-up? James could be correct.

We suspect the psychopaths of using lasers and microwaves to light the planet on fire and do other damage I’ve seen documented and it would be just like them to address those suspicions by blaming what they’re doing on their enemy—which is most commonly Russia.