Those who defend the Catholic Church about the 800 dead babies say that they all died from infectious diseases.  Others are saying these children were used by the satanic cult and Vatican pedophile network for ritual abuse.  What do you think?

Take note of the Obelisk in front of the home at the 2 min 5 second mark of the video below.

It has been confirmed that significant numbers of children’s remains lie in a mass grave adjacent to a former home for unmarried mothers run by the Bon Secours Sisters in Tuam, County Galway. This is exactly where local historian Catherine Corless, who was instrumental in bringing the mass grave to light, said they would be. A state-established commission of inquiry into mother and baby homes recently located the site in a structure that “appears to be related to the treatment/containment of sewage and/or waste water”, but which we are not supposed to call a septic tank. 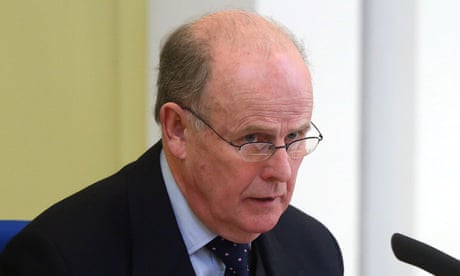 Read more
The archbishop of Tuam, Michael Neary, says he is “deeply shocked and horrified”. Deeply. Because what could the church have known about the abuse of children in its instutions? When Irish taoiseach Enda Kenny was asked if he was similarly shocked, he answered: “Absolutely. To think you pass by the location on so many occasions over the years.” To think. Because what would Kenny, in Irish politics since the 70s, know about state-funded, church-perpetrated abuse of women and children? Even the commission of inquiry – already under critique by the UN – said in its official statement that it was “shocked by this discovery”.
If I am shocked, it is by the pretence of so much shock. When Corless discovered death certificates for 796 children at the home between 1925 and 1961 but burial records for only two, it was clear that hundreds of bodies existed somewhere. They did not, after all, ascend into heaven like the virgin mother. Corless then uncovered oral histories from reliable local witnesses, offering evidence of where those children’s remains could be found. So what did the church and state think had happened? That the nuns had buried the babies in a lovely wee graveyard somewhere, but just couldn’t remember where?
Or maybe the church and state are expressing shock that nuns in mid-20th century Ireland could have so little regard for the lives and deaths of children in their care. The Ryan report in 2009 documented the systematic sexual, physical and emotional abuse of children in church-run, state-funded institutions. It revealed that when confronted with evidence of child abuse, the church would transfer abusers to other institutions, where they could abuse other children. The Christian Brothers legally blocked the report from naming and shaming its members. Meanwhile, Cardinal Seán Brady – now known to have participated in the cover-up of abuse by paedophile priest Brendan Smyth – muttered about how ashamed he was.

The same year, the Murphy report on the sexual abuse of children in the archdiocese of Dublin revealed that the Catholic church’s priorities in dealing with paedophilia were not child welfare, but rather secrecy, the avoidance of scandal, the protection of its reputation and the preservation of church assets. In 2013, the McAleese report documented the imprisonment of more than 10,000 women in church-run, state-funded laundries, where they worked in punitive industrial conditions without pay for the crime of being unmarried mothers.
So you will forgive me if I am sceptical of the professed shock of Ireland’s clergy, politicians and official inquiring bodies. We know too much about the Catholic church’s abuse of women and children to be shocked by Tuam. A mass grave full of the children of unmarried mothers is an embarrassing landmark when the state is still paying the church to run its schools and hospitals. Hundreds of dead babies are not an asset to those invested in the myth of an abortion-free Ireland; they inconveniently suggest that Catholic Ireland always had abortions, just very late-term ones, administered slowly by nuns after the children were already born.
As Ireland gears up for a probable referendum on abortion rights as well as a strategically planned visit from the pope, it may be time to stop acting as though the moral bankruptcy and hypocrisy of the Catholic church are news to us. You can say you don’t care, but – after the Ryan report, the Murphy report, the McAleese report, the Cloyne report, the Ferns report, the Raphoe report and now Tuam – you don’t get to pretend that you don’t know.
Two members of my family were born in the Tuam home, lived short lives there, and are likely lying in that septic tank – sorry, in that structure that “appears to be related to the treatment/containment of sewage and/or waste water”. Their mother died young, weakened from her time in the custody of the church. Because of this I understand that otherwise good, kind people in Ireland handed power over women and children’s lives to an institution they knew was abusive. And I wrestle with the reality that – in our schools and hospitals – we’re still handing power over women and children’s lives to the Catholic church. Perhaps, after Tuam, after everything, that’s what’s really shocking.