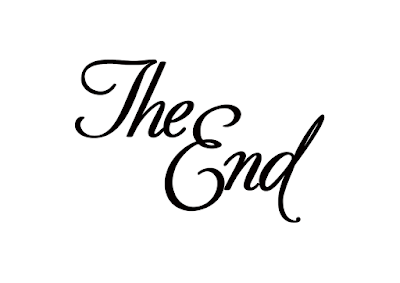 The IQD revalued in country at 9pm EDT Friday March 31 and will complete it’s international cycle (other countries receiving and accepting the new IQD rate) by 9pm EDT Saturday April 1.

Off site redemption appointment contact 800 numbers can come as early as then and/or anytime there after. Final program terms were issued with corresponding interests rates by HSBC, as well as a hard start “range” of times.

There’s a new upfront “gift amount” for redeemers with less than 200T ZIM, where by they can receive a specific cash amount per note and not have to deal with the math or emotion of on-screen rates or privately negotiated rates.

This was done as it became obvious to the banks (after listening to our Dinarland calls) that most ZIM redeemers would be unaware of the true value of their gifted ZIM, and they knew most would be only holding a single note or less than five. Those redeemers would simply not understand the true value of the ZIM nor have the built up desire to receive and manage enormous sums of wealth without proper preparation.

However, if a redeemer knows the true screen rate or sovereign rates available, regardless of how many notes they hold, then they can ask to negotiate from an on-screen rate starting point, otherwise the bankers will not ask nor offer the possibility of higher rates for the protection of the unprepared gifted redeemer’s psyche.

The pre-1967 Israel/Palestinian two state solution was resolved months ago, as was the Minks Agreement situation between Ukraine/Russia, and rogue countries and their leadership have waited until the new global fiscal quarter began to end their conflicts and restart the financial system with fresh quarterly books.

Due to the April 1 cease fire in Ukraine, there is right now, no war between sovereign nations on the face of the earth (aka world peace in your lifetime, including and especially in the Middle East).

Look for a ​bombardment of media, big ​and global stories, to flood the airwaves and internet ​sites ​these next two weeks to ​provide cover distraction for the release of the RV while it is ​actually ​happening.

President’s Trump’s resignation has already been scheduled for the third week of April, as has Vice President Mike Pence, and both will leave office in favor of Speaker Ryan, who will walk along a clear pathway to the Republic’s Presidency. After he is sworn in, all his long established “Better Way” bills like Health Care, Tax Reform, Immigration, Infrastructure, etc… will all suddenly be passed by the Congress.

And all Russia and China conflicts will just magically just drift away from public consciousness… as if they were never a real threat. Also disappearing, will be all news of the RV and GCR… as nobody but redeemers will know unless they have been told… by you. So many will have a difficult choice to make about how you will explain your new found wealth, if at all, as no NDA will be necessary to keep your mouth closed. But even if you told anyone, do you think they would believe you? Especially ZIM redeemers? It’s just beyond logic isn’t it? So why even bother honestly?

Screen rates have intentionally been increased to such a high starting point that signing NDA’s is now longer relevant let alone required, unless of course you desire to negotiate for the super high humanitarian or sovereign rates.

The NPTB have thought of everything and they sincere want you to have a calm, abundant, joyful and safe redemption experience.

So surrender your drama at the door and have one.

This is a gift, accept it graciously and humbly and pay it forward.