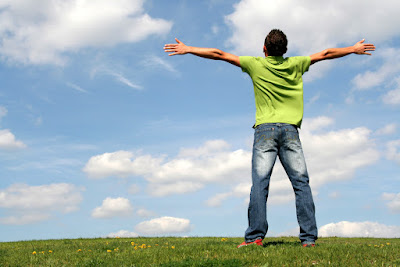 Dear brothers and Sisters of the DINAR CHRONICLES, from my latest posting from March 2,2017, I have received many Emails from many brothers and sisters.

And they have asked some questions.

So again I am not here to debunk no one, and please don’t ever believe me, we are all here to help each other to expose and investigate the TRUTH. I worked for many YEARS in the BANKING Financial Sector as a Programmer Analyst, so i know them inside and out. I was fired 5 times from the same Institution for exposing their corrupted ways.

QA. Why the PROSPERITY FUND DELAY, WHY.?
Very Simple, as you know the CABAL has also access to all the ACCOUNTS info, of the AIIB BANK their Systems, which are linked to their Systems, where our Funds are to be deposited on. So the AIIB their Intelligence group are monitoring all these Bankers good and bad, if they don’t follow the Compliance regulations as they are being told. So every time a security breach happens they Arrest the bankers and improve the security Protocols. This has been going on daily catching the Bad guys. But the SYSTEM is READY.

Then you have the MEDIA, POLITICIANS, WORLD LEADERS, VATICAN, CORPORATIONS, and CENTRAL BANKER who and all those who always knew about the COLLATERAL ACCOUNTS which were dedicated to Humanity, the BILLIONS TONS of GOLD of KING SOLOMON which were found in Indonesia (SWISSINDO TRUST- ST GERMAIN TRUST.)

You can Google the Account and read about them. I will not go into detail here.

Ok, So they all knew about the PROSPERITY FUNDS, and have tried every time to stop humanity from rolling it out, the last time they did it was 9/11, Inside job stealing the hold in the WORLD TRADE CENTER.

DONALD TRUMP IS THE KEY TO THE RELEASE OF THE PROSPERITY FUNDS.

Lets analyze the EVENT together. Why would the WHITE DRAGON USE DONALD TRUMP knowing he was a ILLUMINATI PRIEST?

YES HE IS AN ILLUMINATI PRIEST, and HE KNOWS EVERYTHING WHAT HAS BEEN GOING ON IN THE WHITE HOUSE, ESPECIALLY THE FAKE NEWS of HOAX WARS which there was NEVER any ENEMY or TERRORIST EVER. And also about the Pedophile Crimes.

NOW THE MEDIA IS UNDER ATTACK BY DONALD TRUMP HIM SELF, UNDER PRESSURE OF THE WHITE CHINESE DRAGONS. DONALD TRUMP WILL GET AMNESTY IF HE HELPS THEM EXPOSING THE CORRUPTION.

SO TO BE ABLE TO RELEASE THE PROSPERITY FUNDS, THE BAD APPLES HAVE TO BE REMOVED FIRST, and this is what we are experinceing now.

THE CABAL IN THE WHITE HOUSE ARE VERY VERY AFRAID, and there is an ARREST WARRANT LIST ALREADY GOING AROUND WITH ALL THOSE WHO will be arrested.

NOW THAT THE PRESSURE IS ON EVERY ON, ESPECIALLY WITH THE FAKE NEWS, AND THE CHILD AND HUMAN TRAFFICKING, AND SATANIC RITUAL INVESTIGATIONS, every one is SCARED to go to JAIL.

THEY ARE ALL NOW ON THE RUN, or they are TALKING with the JUSTICE dept. for a PLEA BARGAIN, or any Deal which will help them not go to Jail.

So my BROTHER AND SISTERS THEY ALL WANT TO GET RIDE OF THE PROBLEM WHICH IS DONALD TRUMP. (very Funny)

This was a very good move of the Chinese White Dragon, because the bankers now will also now help for the release of the prosperity funds for Amnesty or anything for them not to go JAIL.

THEIR TIME IS UP, and THEY ALL KNOW THAT.

You will see a DOMINO effect now that the ARREST are falling all over the WORLD.

THINK ABOUT WHEN THERE ARE INVESTIGATIONS AND EVIDENCE extracted from the NSA, and GOOGLE their own SYSTEMS all these ACTS of TREASON all have committed to cause WARS where millions of Soldiers have died for their Greed using the FAKE NEWS TACTICS all over the WORLD.

SOON YOU ALL WILL FIND OUT WE LIVE IN A WORLD OF LIES.

So I wanted to end this by saying that the GOOD GUYS have everything in CONTROL, and soon you will be receiving your PROSPERITY FUNDS as was promised the CREATOR ALWAYS keeps his/her Promise.

We just have to keep the FAITH, SOON WE ALL WILL BE FREE AT LAST.

So again just be patient , and if you have any question feel free
to ask, one more thing DONALD TRUMP is protected by the
Light Forces nothing can happen to him. He has to do what he was told to do.

Also all my Mails are being monitored by all the Intelligence Services over the WORLD, which is good at least they can read NOT FAKE NEWS.