Virtually anything can be faked nowadays—and frequently is. Technology is far beyond what the public are aware of because information can be and is weaponized. That’s what the lamestream media is all about. They have been showing contrived, untruthful and faked newscasts for years.

Trump is also fed bad information to manipulate him. Those who are aware do their best to warn him, but as Steele pointed out in a recent interview on the SGT Report, the fence around Trump is there to prevent his getting valid information from outside sources who will interfere with and contradict what the deep state players are feeding him. ~ BP 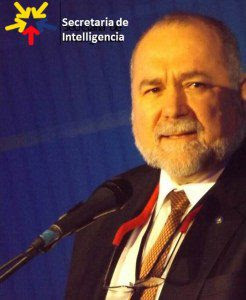 Mr. President, the CIA Recording of bin Salman is a Fake — HOLD THE LINE!

I believe the CIA recording — whether created with or without the assistance of the Zionists and Turkey — to be a fake. The technologies for manufacturing impeccable false audio and video (audio obviously is easier because you don’t have to worry about lip synchronization and visual context but even that is easily manipulable now) are outlined below the fold.

Mr. President, CIA is mis-leading you. They are in league with the Zionists and with Princes Bandar and Turki who wish to depose MBS. HOLD THE LINE!

Rebuffing C.I.A., Trump Says It Only Has ‘Feelings’ About Khashoggi Killing

Mongoose: President Trump is Right on Khashoggi — All the Critics are Deep State Shills and Hypocrites

Voice and Video Manipulation Technologies Below the Fold

Why robocalls are about to get more dangerous

The future of fake news: don’t believe everything you read, see or hear

A new breed of video and audio manipulation tools allow for the creation of realistic looking news footage, like the now infamous fake Obama speech.