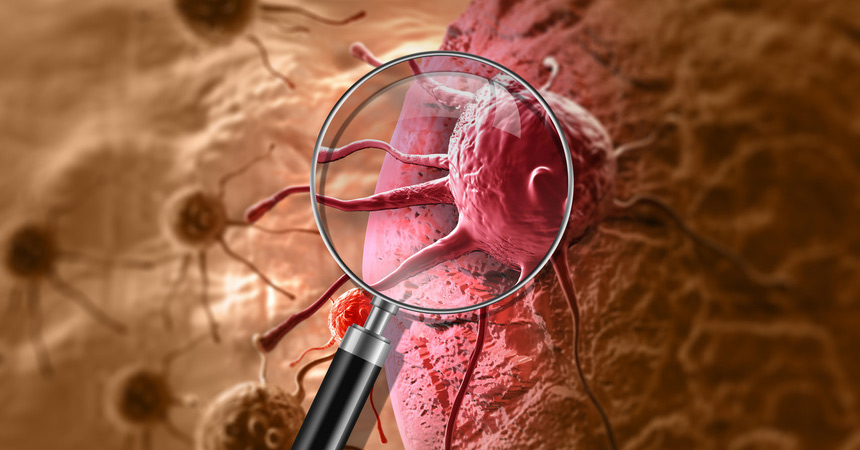 The National Cancer Institute defines cancer as a genetic disease. To clarify, this doesn’t mean that cancer is inherited exclusively from our parents and passed down to our offspring. What they mean by the word genetic is the fact that the cancer’s mechanism of producing tumors is rooted in the changes in how our genes control cellular division. These disruptions in our genes consequently affect how our cells grow and divide. Without proper regulation of these functions, malignant cells continue to grow and divide with an alarming pace. This uncontrolled cellular division is a hallmark of a malignant disease. [1]

Although our genetic makeup plays an important role in whether we develop cancer or not, it is important to note that genetics is a risk factor, not an absolute cause of cancer. Even in the absence of an intrinsic risk factor, it is possible to have cancer despite not having an organic genetic condition like a genetic disorder. This is because environmental exposures or external factors can actually result in errors in cell division and can even damage our DNA or change how our genes behave. Unfortunately, these gene changes do not stop with the person affected. The effect can be passed down through the family tree. Although the mechanism involves genes, these are not considered to be genetic disorders in the purest sense of the word. They are still considered external factors since the aggravating substance came from outside the body.

An example of one of these is the drug DES or Diethylstilbestrol. Between 1938 and 1971, DES was prescribed for the treatment of female reproductive problems which include miscarriage, hormone replacement therapy, and breast engorgement. Unbeknownst to them during that time, DES was later determined to be a highly carcinogenic drug. Sadly, the carcinogenic effects of DES weren’t confined to the main users. It even affected the second and third generation offspring of the primary user. The daughters of those who used DES experienced an increased risk of developing Clear cell adenocarcinoma (CCA), a rare kind of vaginal and cervical cancer. Their male counterparts experienced urogenital abnormalities which put them at risk of developing male cancer types such as testicular cancer. [2][3]

Given that the word “genetic condition” is commonly thrown around when defining cancer, it’s easy to get the idea that cancer is mainly a genetic condition. In fact, it is also caused by a lot of external factors like the DES mentioned above. This kind of definition also reinforces the false narrative that cancer is an unavoidable intrinsic condition which makes us view cancer as more of a stroke of bad luck rather than a product of poor health choices, unhealthy lifestyle and exposure to harmful chemicals. However, studies have now shown that despite the role of genetics in the cancer process, there is evidence that state that external factors have a stronger impact than we initially thought.

In a study published in the journal Nature, researchers determined that environmental exposure and behaviors contributed heavily to the development of the vast majority of cancers. By analyzing recent studies on mutational signatures of cancer and using the date from the SEER ( Surveillance, Epidemiology and End Results) program, they were able to determine that 70 to 90 percent of cancers are due to external factors while only 10 percent can be attributed to intrinsic causes. Some of the cancer types mentioned in the study showed strong associations with external risk factors rather than genetic predispositions. These include the relationship between colorectal cancer and diet, skin cancer and sun exposure, esophageal cancer and smoking, cervical cancer and the human papilloma virus. [4]

Although the study does put out alarming numbers in terms of how many substances out there are harmful to us, it is also in a way empowering. By placing the emphasis on cancer development on external factors, we are now more aware that the power to prevent cancer is mainly within ourselves. By avoiding these substances and by making smart health decisions, cancer is no longer entirely a stroke of bad luck but a potentially preventable condition.

UPDATE: We’ve created a full in-depth report on this topic with over 400 scientific references and a list of 100 of the most important ways to reduce cancer risk: 100 Science-Supported Ways To Reduce Your Risk Of Cancer (FREE DOWNLOAD)

Do You Know Which Plastics Have The Highest Cancer Risk?

10 Cancer-Causing Foods You Should Avoid

[3] Urogenital abnormalities in men exposed to diethylstilbestrol in utero: a cohort study
(2009). https://www.ncbi.nlm.nih.gov/pmc/articles/PMC2739506/