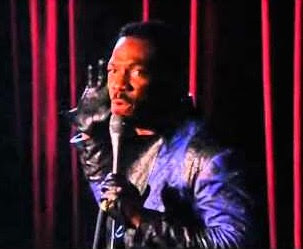 – 76 currencies are revaluing in total worldwide, all in the same first basket.
– TRN is not yet released for safety reasons.
– ZIM redemptions are occurring outside of the United States (Zurich, London, Hong Kong) into other non US currencies and must be domiciled in the country where they are redeemed.
– No NDA, no humanitarian projects required.
– Broker middle men are now stepping in and bundling large quantities of ZIM for paymasters, who have clients that are offering less than pennies on the dollar for “early redemptions.”
– Hold onto your ZIM currency. It’s cash now. 1:1. Be very smart Zimlandia.
– American economy is still on a global hold, as are the Republic Treasury’s TRNs.
– The FED physically stops printing money end of September.
– Dunford received national sovereignty assurances and final release instructions direct from the Elders while in Asia.
– North Korea does not have an active nuclear program. China controls them absolutely and has for decades.
– Trump is now trying to incite a race riot to stop the RV, per advice from Israeli Netanyahu (per Jared Kushner) whose trying to stop the RV through the American population invited by Trump.
– Both leaders can be brought down at a moments notice because both leaders have physically signed resignation letters.
– Despite their surrenders, each leader is still looking for ways to halt human progress through their respective bulky pulpits. Scorpions sting. It’s what they do.
– The US military has done a dozen full scale RV test runs this summer. All at night. Majority on weekends.
– IMF gained AIIB authorization to intake ZIM at 1:1 this week.
– Zimbabwe President Mugabe, 93, chose his wife Grace (52) to succeed him, and immediately she was accused of assault the day after VP Emerson Mnangawa (74) was nearly poisoned to death.
– It’s raw public insanity here at the end.
– The RV is blossoming before our eyes.

Show topic will be about how to build “Togetherness” within your philanthropic team or organization.

Sign up for future website membership alerts and the tetelestai 800# notification service if you haven’t yet already.

We’re nearing the 20,000 mark on subscribers! On behalf of Showme and myself, thank you so much for your continued support and trust. Know we are working on providing the finest international philanthropic website 24/7 and will continue to do so post RV.

Who else could possible understand or shared journey or responsibilities but Zimlandia?

It’s humbling to see everyone rallying to this global Human Angel cry and steady Clarion Call for service.