The Fludd Continues… Pedophilia Disinfo Losing To the Truth [videos] 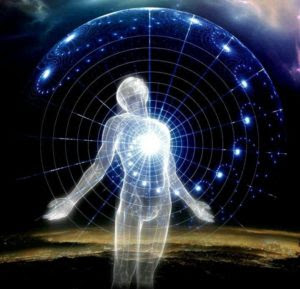 Perhaps there is hope for us after all. The ÉirePort update says…

Star Portals open for the Illumined.

Lanterns of glass are replaced with those of the Inner Lantern.

Masterfuls are embraced by the Masters.

It’s a bloomin’ miracle. Scott Lemriel suggests in his research that toning the “hu” sound uplifts us, and Thomas Williams told listeners on Thursday that “Hu-Man” means “higher universal man”, so perhaps invoking that sound is meant to be a trigger to help us remember who and what we are?

Thanks to disinfo campaigns, what we are in the alternative media is fractured, tormented and torn—at least when it comes to the pedophilia news in Tucson, Arizona this month—this, after listening to many parties’ thoughts on what unfolded, and the evolution of their conclusions. Some never waivered, others did an about face.

What is certain is that the full spectrum of Humanity is on display. Heroes and warriors all the way down to mind-controlled, sadistic traffickers of Human flesh—particularly babies.

Emotions are high as truthers grapple with the information shared by the veterans group that stumbled on the apparent child trafficking bunker in early June. The coverups began at once, the discrediting of witnesses, testimony reversals, and Human foibles put such a spin on the situation when they attempted to influence others that the community was in turmoil.

Fortunately, good sense and logic have rallied the troops and they are seeing the situation for what it is. Unfortunately, the heroes had to expend precious energy defending themselves, but we see the big picture. Money and/or threats were probably involved, or perhaps even dark operatives. It matters not. The truth will out, as they say. We’ve all been fooled a few times, though with less frequency as we become seasoned veterans of this high stakes game.

This is one take on the evidence presented and the fact that some have discounted it and cast aspersions on the VOP. Usually combining a blend of logic and heart yield an accurate picture, and I think James did that.

Many of us didn’t know about Veterans on Patrol before this story broke, and some may have jumped to conclusions about the spokesman’s character without knowing anything about him.

In the video below, Lewis tells us who he is, what he and his wife and team have been doing for the past 3 years in Tucson in their ministry, including saving children and vets from a dangerous life or worse. You may want to give him your time if you are suspicious as to the activities and intel coming out of Southern Arizona.

There are a few who are making this something it’s not, and some apologies may be in order. Crow is nasty stuff to eat, so we’ll see.

There is also a lot of trolling going on at the Voat site and other social media hangouts to control the narrative. That’s a sign the patriots are on the right track.

The Urban Moving channel vlogger is a former US Marine, and shares a lot of VOP updates on his channel. UM is woke, with a healthy disdain for pedophiles, the controllers, the military, war, and traitors. He also had experience with Border Control and the despicable things one finds in the desert. “Rape tree” is very common in Southern Arizona. He aims to support VOP and expose the disinfo attacks.

The VOP isn’t some rogue band of cowboys. They have worked with the local LEOs all along. There are a lot of volunteers down in Tucson now; civilians, vets, feds with badges, and the supplies and donations are pouring in. Someone even donated a quad. (four-wheeled trail vehicle tougher than a golf buggy) They need those gas cards because they are examining more and more land as the cartels and traffickers have advanced their lines further north than ever before.

There are also many local ranchers, Hispanic people and native Americans helping out. The community is awake and pulling together to clean up the crime and save women and children.

(Disregard the title of the video; I don’t think he mentioned night book and this may be an excerpt from a longer one)

We have a big planet to clean up. Reblogged from Wake Up World…