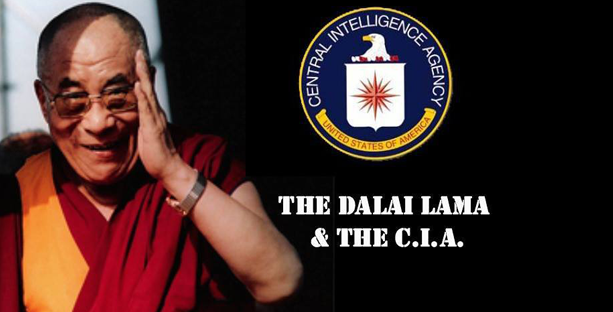 Is every manifestation of polarity, of opposites, doomed to clash eternal. Are there hidden hands that guide these opposites to clash again and again. Is there some purpose to it beyond our comprehension, limited in the third dimension as we are. When the Kali Yuga is consigned to history will we understand, through endless lessons learned, that their are no enemies.

As reported by Tim Cummings in The Guardian, the man credited with “almost single-handedly bringing Tibetan Buddhism to the West,” was the Dalai Lama’s emissary, Gerald Yorke, a personal friend and secretary to Aleister Crowley, the godfather of twentieth century Satanism.[1] Yorke also wrote an original foreword to a secret book on the Kalachakra initiation, and Aleister Crowley, the Golden Dawn, and Buddhism. Yorke also served as consultant to Lucifer Rising, by experimental film-maker Kenneth Anger, based on the concept from Crowley’s Book of the Law. Anger, who was at the center of the bizarre nexus of rock ‘n roll and occultism in Laurel Canyon during the 60s, was also closely associated with Anton LaVey, head of the Church of Satan and members of the Mason clan.

Also, in October 1998, the Dalai Lama’s administration acknowledged that it received $1.7 million a year in the 1960s from the US government through the Central Intelligence Agency (CIA).[2]

Sound link (sic)[=like] an incongruous mix? Not when you consider the real history of the Dalai Lama, distinct from the phantasm that has been portrayed in the mainstream media.

The popularity of the Dalai Lama, as an expression of the wisdom of Buddhism is actually related to the occult myth of Shambhala, which has its origin in the geopolitical antics of the Great Game, the strategic rivalry and conflict for supremacy in Central Asia, between the British Empire and the Russian Empire in the eighteenth century. Not to say that the rival Empires battled for control of a shibboleth, but rather that occult myth seems to have been nurtured to serve imperial ambitions.

Related Viewing:
The Shadow Circus: The CIA in Tibet

In the outer world, each Brotherhood thought of the other one as the dark Brotherhood, the Black Magicians. The battle between the polarities of the Brotherhoods started incredibly long time ago and reached its peak with World War II. The two opposites, the sun (Illuminati) and the moon (Luminari) face each other and struggle for power, yet neither of them can win. They can only overcome polarity.

Humanity was influenced by these two contrasting areas of wisdom. All true governing bodies were visited, by agents, of these Brotherhoods and were partly initiated into Mankind’s evolution plan.

In 1240, Djingis Khan’s grandchild, Godan Khan, dispatched a small army to Tibet. It encountered little resistance, killed 500 Tibetans, ransacked several monasteries and left. But during their raids, their commanding officer got fascinated by Buddhism and the spiritual powers of the Lamas.

In 1247, the monk Sakya Pandita became Godan Khan’s teacher. When later Kublai Khan (1215 – 1294) became prominent, he also showed interest in Buddhism and was taught by Sakya Pandita’s nephew, Phagpa Gyaltsen. When he became the “Great Khan” (in 1260), Phagpa became his imperial teacher. In 1268, three years after Phagpa was send back to Tibet to be installed as the Mongol vazal or vice-king of Tibet, the Mongols established their rule in Tibet and erected the administrative system. In that same year, the alphabet developed by Phagpa, devoid of Chinese characters, became the official writing of the Mongol Empire (it remained in use for 110 years).

The Mongols began conquering the Song Chinese only as late as 1258, but because of the fierce resistence, this took more than two decades. In 1271, Kublai Khan named his own dynasty, the “Yuan”, completing the destruction of the Song Chinese in 1279. The “Yuan” Dynasty was Mongol, not Chinese. Kublai Chan tried to separate both and his Forbidden City was intended to do just that. As a Mongol enclave in Beijing, its access was forbidden to the native Chinese !

Despite propaganda, the Mongols first subdued Tibet (1268) and then the Song Chinese (1279). So at the time when Tibet actually became a vazal of the Mongol Empire, the Song Chinese were still independent. The Mongols ruled both countries independently from each other and treated both in a different way, underlining their cultural autonomy. The Mongols, establishing “khanates” in both China & Tibet, did not establish Chinese authority over Tibet, although they brought both together under one rule. So it is not the case that Tibet became part of the Chinese Yuan Dynasty ! The Mongols ruled both the Tibetans & the former Song Chinese. In 1368, the latter drove the Mongols beyond the Great Wall and initiated the Ming Dynasty. 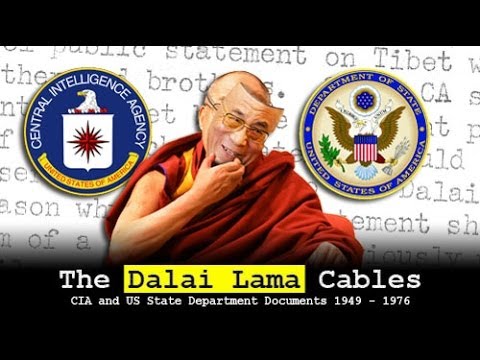 Note: The Related Reading list could have extended into pages as links arose everywhere to a convoluted series of connections that was beyond my ability to make sense of never mind collate.
As it is you might wonder what the history of Mongolian conquest in the 1200’s has to do with the present day Dalai Lama. Or you might note that this post is not even really about the Dalia Lama.

It was my sense, feeling, that this clash of ideologies, of differences, have been played upon by some external force throughout known history ensuring that humanity is kept in constant conflict. Long periods of peace are an illusion as strife is happening somewhere all of the time.

Will it transpire that the figures we view with the utmost skepticism, if not outright distaste, were actually vital components in the process. I dislike even using the phrase – a necessary evil. There was no good or evil, merely our limited perceptions presented them as such.

To be frank I struggle to believe that myself even though I present it as a point for consideration. Is it just my own current limitations that prevent me from seeing.