Brilliant! That means until the first entire city is destroyed. At least, that is what it could easily prove to mean … unless he means until the US drops its first bomb.

I’m sure this policy is predicated on the belief that North Korea will test-drop a bomb before it actually uses a bomb and that it will do this somewhere “harmless.” The DPRK may, for example, launch a nuclear-tipped missile somewhere into the Pacific far over the heads of Japanese fisherman. Then, if the DPRK successfully tests an actual bomb or warhead, we’ll go straight to war. Until then, we’re letting them know we’ll stay with diplomacy.

However, the belief that the DPRK will test a bomb before it uses a bomb may be entirely misguided. Maybe the first dropped bomb or missile gets “tested” on Honolulu — a metropolitan US city that is already easily within reach of North Korean missiles.

I also have to wonder at the emphasis that everyone places on whether or not a missile can reach the mainland. What difference does that make? Would the loss of Los Angeles or San Francisco somehow be more important than the loss of Honolulu? Are the people of the US so parochial in their thinking that they regard Hawaii as a mere territory outside of the country … or as somehow a less significant part of the US than the other 49 states? What difference does it make if a missile can reach the West Coast — the seemingly all-important red line — unless we think Honolulu is somehow more easily sacrificial?

With almost a million people, Honolulu would be as massive of a human catastrophe as the loss of Seattle. And with the greatest number of military forts/bases per square mile of any piece of real estate in the US, it would be a military loss even greater than Seattle or Los Angeles. It is still central command for everything in the Pacific Basin. Strategically, it would be a greater loss than any West Coast city. Do we think North Korea is unaware that Honolulu is the United States’ Pearl of the Pacific?

Does anyone remember Pearl Harbor?

Are we really historically ignorant enough to forget the pre-emptive Japanese attack on Honolulu’s Pearl Harbor in 1941? Have we forgotten that this one act awoke the sleeping giant to join a world war that lasted years? Or are we just stupid enough to think no Asian country would ever try that again?

Why were we so cocky back then as to leave so many ships at ease in one place? Because we thought Japan would never dare attack Pearl Harbor with all of its protection. After all, an attack on Pearl Harbor would drag the US into direct war with Japan? Why would they risk that kind of provocation?

If we think that would not likely happen again, we have developed to become far stupider now than people were in 1941, given that 1) we have the advantage of history to teach us that it can quite easily happen on any given Sunday; 2) unlike the Japanese, who attacked by total surprise, North Korea has already told us it’ll throw test missiles either Guam’s way or Hawaii’s just for fun and provocation and just to show it can; 3) the Island of O’ahu, which would all be effectively destroyed by a Hydrogen bomb, is more built up militarily now than it was back then, making it an even more desirable target.

Are we also seriously stupid enough to believe North Korea would never use the element of surprise by actually putting their first test “bomb” aboard one of those missiles they launch over the top of Japan? Some pacifistic fool might retort, “Oh, but they wouldn’t do that because they know they would be annihilated in assured mutual destruction.” Well, if we really can count on assured destruction (mutual or not) being enough to stop them, why are we worried at all? 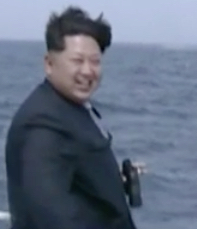 Even the fairly liberal Bloomberg asks “until?” Keep up diplomacy until the first bomb drops? Even Bloomberg appears to recognize that diplomacy might be a little long in the tooth by that point. Yet, that point could easily be tomorrow … or today.

With both North Korea and Iran, the US has for decades been dedicated to a policy of waiting until the very last possible minute on nuclear development before using military means of stopping their nuclear progress. While the risks of using a conventional attack on the nuclear facilities of either nation are huge to other nations around them, I have to wonder how waiting until they actually have and test a nuclear bomb is somehow safer.

Do we just assume that they will have only one bomb when they make their first actual “test” drop? Is that even a reasonable assumption? Might they not have several other bombs or warheads that are instantly ready to launch if they actually do try a test first? That way, if the US dares to retaliate against a test bomb — as it has told the North it will — the DPRK can just annihilate the west coast.

How are we safer to wait to go after North Korea or Iran conventionally until after a test drop … even if they actually do follow the US protocol of testing before using? (And why would they?) Moreover, how do we know with certainty when the first test will be? Could it not be tomorrow? Maybe even today? If the test is a success and they have a half a dozen other ready “bombs” (or translate the generic “bombs” as “armed missiles”), does that make a conventional military attack against these nations safer?

Each day that we get closer and closer to the test, we are also making certain that military combat, if it is ever to be used, is far riskier. We are increasing risk exponentially based on positive thinking, not diminishing it. A conventional attack on either nation’s nuclear facilities will most certainly not be safer because of our having waited.

Even if North Korea does only have one bomb on the day it first does a test drop, it will almost certainly have many ready before conventional combat finishes the job of disabling the North. Look at how fast they’ve moved along already. If the plan is to wait to use conventional military force to take out their nuclear facilities until after they successfully test a bomb drop somewhere (versus the bombs we cannot see that have already gone off underground), how does that make Seoul safer … or Honolulu happier?

I will actually be surprised if North Korea’s next test missile that flies innocently over Japan does not blow up beneath the waves of the Pacific (“Peaceful”) Ocean. I will be surprised if the the next test missile doesn’t heave that peaceful oceanic bosom upward in the mounded form of a bodacious nuclear mushroom cloud. On that day, we will instantly know that North Korea can send its next missiles — already locked and loaded — to any US city west of Chicago.

Will we, after such a test, feel safer about moving from diplomacy to attacking NK’s nuclear facilities by conventional means? Does waiting until that point not actually increase the likelihood of a mutual nuclear war? 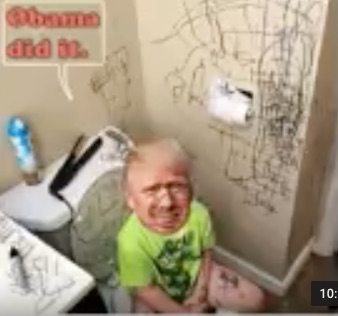 It seems to me the only safe place for diplomacy to end was about ten years ago as soon as the first nuclear test took place and long before the development of better bombs and longer range missiles. Waiting and grunting about it the extra decade accomplished NOTHING, except making certain that they now have a hydrogen bomb, instead of an old-fashion A-bomb. We’ve had a quarter century of diplomacy over this issue and a decade of diplomacy since their first nuclear test. Are we in a better place because of it?

I think we are simply hugely afraid of doing the ugly business we have long known needs to be done. As the saying goes, we need to either ___ or get off the toilet.