CIA sources in East Asia alerted us to the fact the US Justice Department has indicted Malaysian Prime Minister Najib Razak for embezzling over $1 billion from a fund meant to be used for Malaysian economic development. 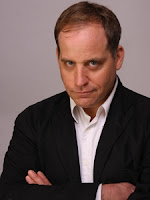 The indictment is calling for the seizure of all the profits from the Hollywood hit movie The Wolf of Wall Street, because it was financed with embezzled funds. The indictment also mentions Saudi Arabian royals, Goldman Sachs, JP Morgan and Bank Privee Edmond de Rothschild.

The CIA sources source say Najib has asked for immunity and placement for him and his family in the witness protection program in exchange for testifying about the links between the embezzlement scandal, the Rothschild family and missing Malaysian Airlines flight 370. If so, this could be the case that finally brings down the Rothschild dynasty. The Rockefeller/Bush/Clinton branch of the Khazarian mafia is already being brought down in the US so if the Rothschilds are also brought down, this will mean liberation for humanity for the horrors of Babylonian debt slavery.

The indictment can be read here:

More details will be made available in the Weekly Geopolitical News and Analysis report due out on Monday, August 1st, 2016.