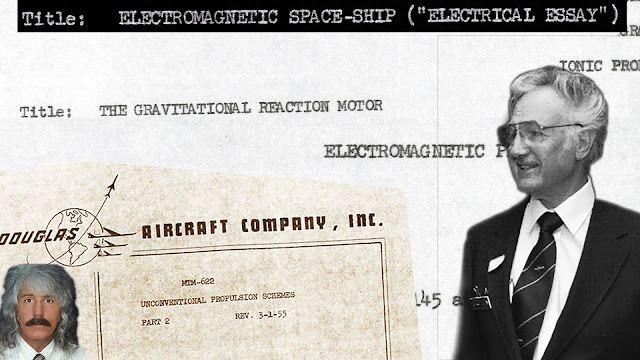 (Stillness in the Storm Editor) The following is an interview between William Tompkins and Jeff Rense from the 9th of December 2016. They continue their discussion about secret documents revealed by Tompkins during his over 50 years working in secret government projects. Tompkins is a whistleblower who came forward in late 2015 with the release of his book Selected by Extraterrestrials.

Tompkins’s talks about huge tunnel systems found throughout the Earth, that go deep under the oceans. Some kind of nexus point for the tunnels is located in Antarctica. The Draco or Reptilians have a presence within our arm of the Milky Way galaxy. But the cavern and tunnel systems are also operated by another race of ETs, which have been here for millions of years. The extraterrestrials that are interacting with Earth have a presence in many different star systems and even galaxies—all according to Tompkins. This and much more is presented in this interview.

Below you will find the new pdf documents as well as mp3 files of the show from the 9th of December.

Part 1 of this interview is linked below:

“We already have the means to travel among the stars but these technologies are locked up in Black Projects…and it would take an act of God to ever get them out to benefit humanity. Anything you can imagine, we already know how to do.”
– Ben Rich, Former Director Of Lockheed Skunkworks shortly before his passing

“We now have the technology to take ET home. No, it won’t take someone’s lifetime to do it. There is an error in the equations. We know what it is. We now have the capability to travel to the stars.”
– Ben Rich, Former Director Of Lockheed Skunkworks shortly before his passing

Ben Rich was asked how UFO propulsion functioned. His reply was remarkable. “Let me ask you. How does ESP work?” The man asking the question of Mr Rich said – “All points in time and space are connected?” Ben Rich then replied, “That’s how it works!”

For The First Time In History, You Can Read For Yourself These Stunning, Never Before Seen, Official Secret Scientific Documents And Papers From The Early 1950s Dealing With Design, Development And Physics KNOWLEDGE Behind Our Most Ultra Classified Technology.

Mr. Tompkins Worked At The Most Classified And Secret Levels Hidden Away In Secret Think Tanks At The Douglas Aircraft Company Which Would Eventually Be Known As McDonnell Douglas Missiles And Space

You Can Now Read In The Words Of The Scientists Themselves About The Research And Development Of What Seemed Like Science Fiction Advanced Propulsion Systems For Rockets And Space Vehicles …Ultimately To Allow Them To Travel Faster Than The Speed Of Light.

The Truth Of Our Most Brilliant Science, Its Origins And How These Propulsion Systems An Technology Came Into Existence, And Then Deployment, Are Being Disclosed By Mr. Tompkins In Order To Bring The World Into Conformity With Reality.

You Are To Read Key Parts Of The Story Of How Our Most Brilliant Science Achieved The Abilities That Ben Rich Mentioned In The Quotes Above. We Also Had ‘Outside Help’ In The Field Of Propulsion Physics As Mr. Rich Alluded To When He Also Reportedly Stated “There are 2 types of UFOs – the ones we build…and ones ‘they’ build. We have learned from both crash retrievals and actual hand-me-downs.” He Is Also Quoted As Stating, “Anything You Can Imagine, We Already Know How To Do.”

We Are Not Talking Just Of Interplanetary Travel But Of Inter-GALACTIC Travel. The Contributions And Revelations By Mr. Tompkins In His Book, ‘Selected By Extraterrestrials’, And In The Documents And Papers That Follow, Are Simply Staggering Reading…

An Essential Preface For These Historic Documents

New Documents from the 9th of December

Subscribe in a reader
Question — What is the goal of this website? Why do we share different sources of information that sometimes conflicts or might even be considered disinformation?
Answer — The primary goal of Stillness in the Storm is to help all people become better truth-seekers in a real-time boots-on-the-ground fashion. This is for the purpose of learning to think critically, discovering the truth from within—not just believing things blindly because it came from an “authority” or credible source. Instead of telling you what the truth is, we share information from many sources so that you can discern it for yourself. We focus on teaching you the tools to become your own authority on the truth, gaining self-mastery, sovereignty, and freedom in the process. We want each of you to become your own leaders and masters of personal discernment, and as such, all information should be vetted, analyzed and discerned at a personal level. We also encourage you to discuss your thoughts in the comments section of this site to engage in a group discernment process.

“It is the mark of an educated mind to be able to entertain a thought without accepting it.” – Aristotle

If it was not for the gallant support of readers, we could not devote so much energy into continuing this blog. We greatly appreciate any support you provide!
We hope you benefit from this not-for-profit site
It takes hours of work every day to maintain, write, edit, research, illustrate and publish this blog. We have been greatly empowered by our search for the truth, and the work of other researchers. We hope our efforts
to give back, with this website, helps others in gaining
knowledge, liberation and empowerment.
“There are only two mistakes one can make along the road to truth;
not going all the way, and not starting.” — Buddha
If you find our work of value, consider making a Contribution.
This website is supported by readers like you.
Posted by Justin Deschamps