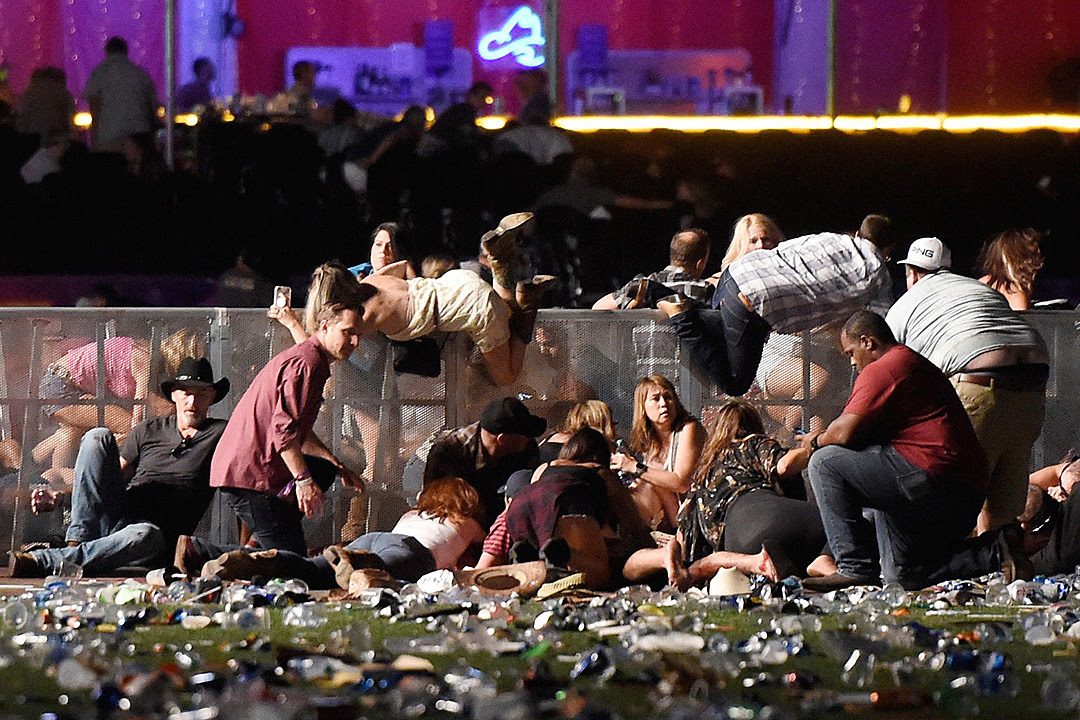 UNITED States of America   –   It can now be reported that, as of October 2, 2017, the 2nd United States Civil War has begun as the Bush-Clinton-Obama Satanic Crime Cabal faces final decapitation and eternal damnation.

UPDATE:  Tom Heneghan just reported one of his sources said Stephen Paddock never fired a shot and was a Patsy!

That was my guess when I saw the muzzle blasts of what appears to be at least 2 shooters at the lower levels (probably floor 8-10) near the center of Mandalay Bay!  Get this out everywhere.

We are at civil war here and as Al Gore said – a lot of people are going to die in the next 90 days.


CONFIRMED!   Best Video shows shooter on about the 10th floor!  Paddock was a patsy!  No shooting on 32nd floor!  Official story is a LIE!   Tweet to Trump!


I have accumulated evidence proving the FBI is lying or at least misleading about the official story on the Las Vegas shooting.  In all the videos and pictures, you don’t see any muzzle flashes from the 32nd floor but video has just surfaced that appears to clearly show muzzles flashes from the area circled in the photo above.  You can also clearly hear two sets of gunshots also!  Jim Stone agrees with me on this.  I clearly hear two guns and see two sets of muzzle flashes in one video shown in my video above in this area!

No doubt in my mind there were two shooters and the video above shows two sets of muzzle blasts in this lower center area of the hotel!  Was Stephen Paddock used as a patsy to blame for the shooting while a well trained team did the actual shooting from a lower level near the middle of the Mandalay Bay hotel?   I don’t have all the answers but I’m bringing out things that need to be investigated and tweeted to @potus and @realdonaldtrump because something stinks here!

Remember even if windows were not shot out at lower levels of the Mandalay Bay, it’s easy to remove these windows if you know what you are doing.  You keep the lights out, remove the windows, do the shooting while you have your operatives tell the police the shooter is on the 32nd floor!   Then replace the windows, clean the room and leave.  I show in my video how every fake news outlet on the planet practically screamed the same phrase that everybody saw muzzle blasts from the upper floors but not one is seen on any video or picture!  Seems like this could be planted information to me.

Remember, An Israeli “art student” team removed a window in the Twin Towers to take photographs of the other tower and then put the window back into place.

Israeli “Art Students” remove window at World Trade Center!  Not hard for experts to do

It’s certainly not very hard for a professional team to remove the windows before they shoot and then put them back in while they put the patsy on the 32nd floor to die and end the story.  Much easier to tell the world that a lone nut did this than a well trained hit team working for Antifa or ISIS both run by Intel agencies.

Other information I have collected seems to show the alleged shooter, Stephen Paddock was a rapid Anti Trumper who seems to have attended anti Trump rallies in Las Vegas!  In one video, it appears his asian girlfriend is right next to him at the protest.  Put your comments in the Youtube video and let me know what you think.

Then there was the woman who told everybody up front at the concert that they were all going to die!  This is shown on my video.  Here’s Antifa in Australia bragging they did it! They pulled this down but luckily it was saved by somebody.

Do you believe the official story here?  It’s just too neat that the shooter killed himself in my opinion.  It always seems to happen when intelligence agencies want to put a nice bow on their package of lies

Tom Heneghan and Stew Webb are trying to find out more information from their sources about what’s really going on here but clearly the official story is falling apart!  Stay tuned to my Youtube Channel for updates from Tom and Stew.

June 18, 2016   Tom Heneghan Intelligence Briefing   …We can now divulge that James Wesley Howell of Indiana was on the payroll of British Intelligence linked G4S

We can also report that Kevin James Loibl of St. Petersburg, Florida, who killed Orlando singer Christine Grimme, on the Friday night before the Omar Mateen slaughter, was also employed by British Intelligence linked G4S.

Both were also G4S “crisis actors” in the Terror Drill that took place in Tampa, Florida the end of May.

Exclusive, explosive reports from the patriot
Joint U.S.-French Intelligence Task Force,
operating on American soil for over 200 years
TOM HENEGHAN INTELLIGENCE BRIEFINGS
ALL Patriot Americans MUST know with sources inside
American/European intelligence agencies and INTERPOL
reporting what is really going on behind the scenes of the
corporate-controlled, fascist, extortion-friendly
propaganda U.S. media’s massive deceptions
Protect and defend   YOUR   Constitution Bill of Rights,
the Supreme Law of the United States
http://www.tomheneghanbriefings.com/
https://twitter.com/Tom_Heneghan

Year 2000  DULY ELECTED  President Albert Gore Jr.
awaits inauguration,
our U.S. Constitution that is the
Supreme Law of the United States
demands it!

Just highlight, copy and paste text into a word document,