The Mother Calls to Her Daughters 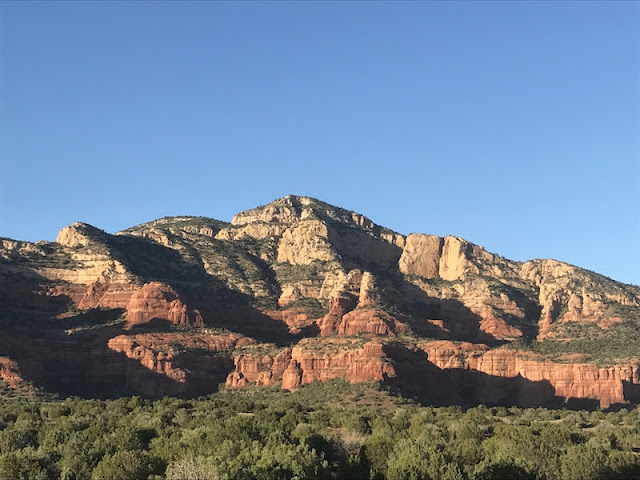 We pray for balance on Earth during this Equinox passage as we have entered into a time that our Elders have always warned us about. We encourage you all to read the following message from the Elders on behest of the Mother Earth. Unfortunately we can not pacify the communication below, as it is MERT’s responsibility to bridge in truth, but we do ask that you please read to the end…and note that there is a solution. In this solution lies the faith and joy of the Peoples of the Earth.

Several months ago, our Elders spoke to us about Nature manifesting Herself in ways never before witnessed by recent generations of humanity. They say it’s the way the Mother, and other children of the Earth–Wind, Water, Thunder, Lightning, Earthquake and others–will continue counseling humanity to make Her the priority.

Feeling and hearing the urgent clarion call the Mother continues to make to all her children, we candidly begin our communication with this poignant question to augment Her voice into your awareness, as She continues to ask:

Are you willing to make the Earth the priority?

In the words of the Elders:

Nature has begun to shake Herself, to shake Herself off. All the elements of Nature, not just the 4 elements of Air, Water, Fire and Earth but everything that is a part of Nature (the Rain, Wind, Breezes, Trees, Plants, Grasses, the Insects, Animals, Winged Ones, Stars, the Sun, Moon, Clouds, etc.), all are beginning to manifest themselves.

Even the rains, the rains that come are manifesting themselves, although we (humanity) may see the rain falling and think or say “Oh it is great that it is raining, what a blessing!” But, even the rain is coming with an energy that responds to everything that is happening, that responds to all that humanity is bringing into the Web of Life, into Nature. Rain is going to fall down to the Earth with resentment, rain will fall with anger, we are going to have floods. Rain is going to cause houses to collapse, we are going to see the rain create death to human beings and animals.

Lightening is also striking with anger. Lightening is now manifesting itself with resentment, due to everything that humanity has done to the Mother. Because lightening is also a child of the Mother and it is manifesting itself because it is tired and fed up. There are occurrences where lightening has struck, causing much harm. It is striking at any given place, at any given moment and when it does, it burns animals, it brings death to homes, it is burning entire farms and large parcels of land.

This is all evidence that Nature is much greater, that Nature is a Superior Being than any of the individual beings that exist within Her. The manifestation of Nature and the elements of and in Nature, no one is going to be able to stop them.

We (humanity) are getting ready to begin to see the manifestation of the children of the Mother, all the elements of Nature. We never, ever imagined that these things existed, that these manifestations were possible and this is going to continue happening until humanity realizes simply that we are not fulfilling our mission, our sacred responsibilities here on Earth, that unfortunately we never understood what the Mother was saying and what the Mother truly is.

The Mother is being harmed in so many ways, great harm is being brought upon the Mother. There are however, many that are healing. The Mother is calling all Her children and continues to call all Her children, even though many of us are healing, She still continues to make this call. She makes this call over and over again because there are many, many, many that embody, and represent that Spirit of Negativity and they are bringing great harm to the Mother.

The only way to appease the elements of Nature and Nature Herself right now, is through our own healing, through our own individual healing that can take place. To heal our own Anguë (Ahn-gwe), our Spiritual Thought as a way to heal the Mother, it has to begin with us (humanity), because humanity is the only one of all the children of the Mother that is causing Her harm right now. We (humans) are the only ones that were given that ability to decide and through our decisions we are harming our very own Mother. We are the only ones who are not fulfilling those original instructions, our sacred responsibilities that indicate how we were to care for Her and how we are to live on this planet, on this Earth.

A way, a definitive way to counter or to mitigate all the harm that the Mother is receiving, all the harm that is being brought upon the Mother, is the healing of ourselves and healing women specifically, because women are the representation of the Mother, women embody the Mother themselves. The Mother is identical to woman. Women carry the cycles of Nature inside of themselves, and they too are experiencing erratical cycles internally, whether physically or mentally. Women carry all the cycles of Nature inside of themselves, as well as the Mountains, Springs, the Rivers, Lagoons, the Minerals, Gems, Rocks, and all the Sacred Sites. Women hold the medicine that the Mother needs and it is their healing that will help bring about healing for the Earth.

How then, can women augment the voice of the Mother?

When women begin to hold council to defend Her now, to give voice to all that is happening. When we say give voice, it is not in the way of protests or radical movements, but rather it is time to speak about the harm we (humanity) are bringing into the Web of Life, upon the Mother, to ourselves and to the future generations with the understanding that the effects are rooted in our unaware actions. Why? Because we have forgotten, humanity has forgotten.

The Mother communicates that it is time to share a foundational Feminine Principle given at the Origins: the Spiritual Mother and Father of the Sexual Organs gave and left “Original Instructions”through which“Order” is sustained in the natural constitution of the Woman and her sacred Temple (body). It is the Sexual Organs which“Govern” our Hearts, Thoughts, Words and Actions. The remembrance of that “Governance” or “Natural Order” lies within “the Oracle of Woman.” “Natural Order” can only be preserved through our discipline as women and it lies within the realm of our Creative Energies (Sexual Organs, Womb), which has the ability to sustain the balance here on Earth and in the Web of Life or upset the balance.

This is a sacred science which needs to be understood. The lack of “Governance” and “Discipline” is at the root cause of division, war and conflict with both Men and Women; hence the Mother’s call for Her daughters to begin their healing process.

Women are responsible for the children and not only their own children but all of Humanity. Humanity as a whole, is seen as children. Women then, being the greatest expression of the primordial Mother themselves, are being called by the Mother.

Order is preserved through our Sexuality, once again, it begins there.This is what our children need to be shown – as a path – and when we consecrate ourselves especially when we consecrate our Sexuality we are fulfilling our responsibility with everything that is. Women possess the innate capabilities to guide or lead this path, to save humanity from itself and to protect the Mother from humanity.

When women show up with the courage and authentic volition to heal, they will transform and will begin to feel and relate to the Mother in more tangible ways, and that feeling will not be ephemeral or fleeting but something real and evident. Through that authentic feeling we can then see if indeed we are able to heal the Mother and heal Nature. Let us together bring balance to the cycles of Nature, because here too, in the Heart of the World, we are also making the healing of the Feminine a priority.

This brings a great task of immense responsibility to the Masculine, to the men, as they too are being called by the Mother to remember the Feminine Principles within themselves. This implies holding qualities of the Feminine–love, compassion, tenderness, kindness, gentleness, and understanding–while honoring women in their healing process. Similar to the Sun, always giving His rays of warmth so the Earth can continue to give Life. Doing this then, will facilitate the healing of the Masculine which also needs to take place, in complementarity.

To answer this call that the Mother is making to Her daughters MERT is hosting in collaboration with the ChocolaTree, a Women’s CouncilOctober 19–24, 2017 in Sedona, Arizona, consulted by the Elders in the Heart of the World.

We honorably extend a loving invitation to 22 women ~  daughters of the Earth ~ 18 years of age to 100 from around the world to heed the call of the Mother as a response to their own quest to consecrate the Feminine, with the volition to acknowledge, release, heal, restore and reclaim the Feminine Principles.

If you are called by the Mother to heal the Feminine and Nature please contact us at info@themotherearthrestorationtrust.world before October 1st and we will send you a personal invitation.

With Love and in Unity,