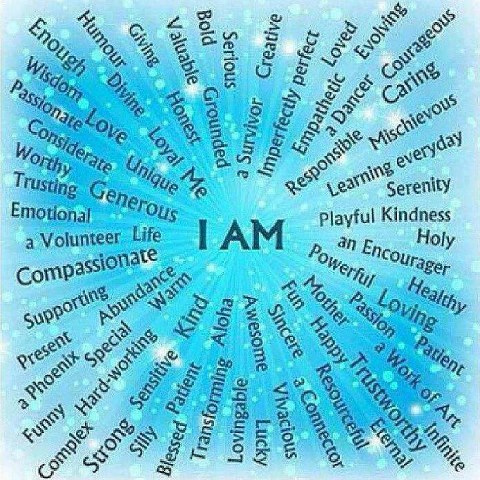 Within the human collective there is enormous creative ability which will be put forward in service to heal the damage to humanity, all life forms, and the planet herself. These restorative procedures, which are long overdue, are now being initiated in many parts of the world as realization dawns and intensifies that you can no longer use and abuse the Earth and her inhabitants and expect to survive. Of course your survival is never in question because you are divine creations enfolded in the LOVE That Is All That Exists for all eternity. However, as humans on Earth, you must learn to live in harmony with all that is present in the earthly environment and put that learning into practice or you will self-destruct at that level.

Your divinely planned awakening from the illusion into Reality is by way of a pleasant dream in which there is no lack, pain, or suffering of any kind, it is akin to a state of Heaven on Earth where you further develop your spiritual awareness and abilities in order to prepare you for your full awakening back into the divine Presence which you have never left, but which you chose to become unaware of so that you could experience the sense or feeling of separation from Source.

Collectively you are now ready to discard that experience and return to awareness of your true and eternal nature. Nevertheless, there is quite a large number of humans, in positions of apparent power, prestige, and influence, who do not wish to release their tight hold on their illusory state of importance. They live to command significance and praise from others, an illusory state of respect and honor, that can be coerced from those they imagine are subservient beings whose purpose, as they see it, is to glorify them. Some refer to these people as the “cabal,” but in fact they are not one wealthy and influential group of people, they are a mixed bag of self-centered and egotistical individuals who only cooperate together when it seems to them that it best serves their joint interests, at other times they will happily destroy each other.

The time for the games that these ones are playing is over. Nevertheless, they will not cease their unpleasant and deceitful activities so long as they believe that they can maintain or improve their positions of power and influence. But their apparent power is fading away, despite the news reports of immense corruption in many places on the planet. It was but the power that the majority of humans had given away at various stages in their lives and which they are now reclaiming.

Only your own power can be used against you! Collectively humanity has chosen to reclaim its power because it has come to see very clearly that to give it away in the hope that someone more able, more intelligent, or wiser than themselves will protect them and keep them safe from whatever they are afraid of does not work, never has worked, and is basically a refusal to take personal responsibility for their own lives. Your individual lives are your own personal responsibility, and there is no way you can evade or escape that basic truth. Many attempt to do so by playing the role of victim or by joining an authoritative and hierarchical organization which will direct them with rules and commands that they have to obey, or suffer negative assessments which damage their reputations and can lead to punishment. 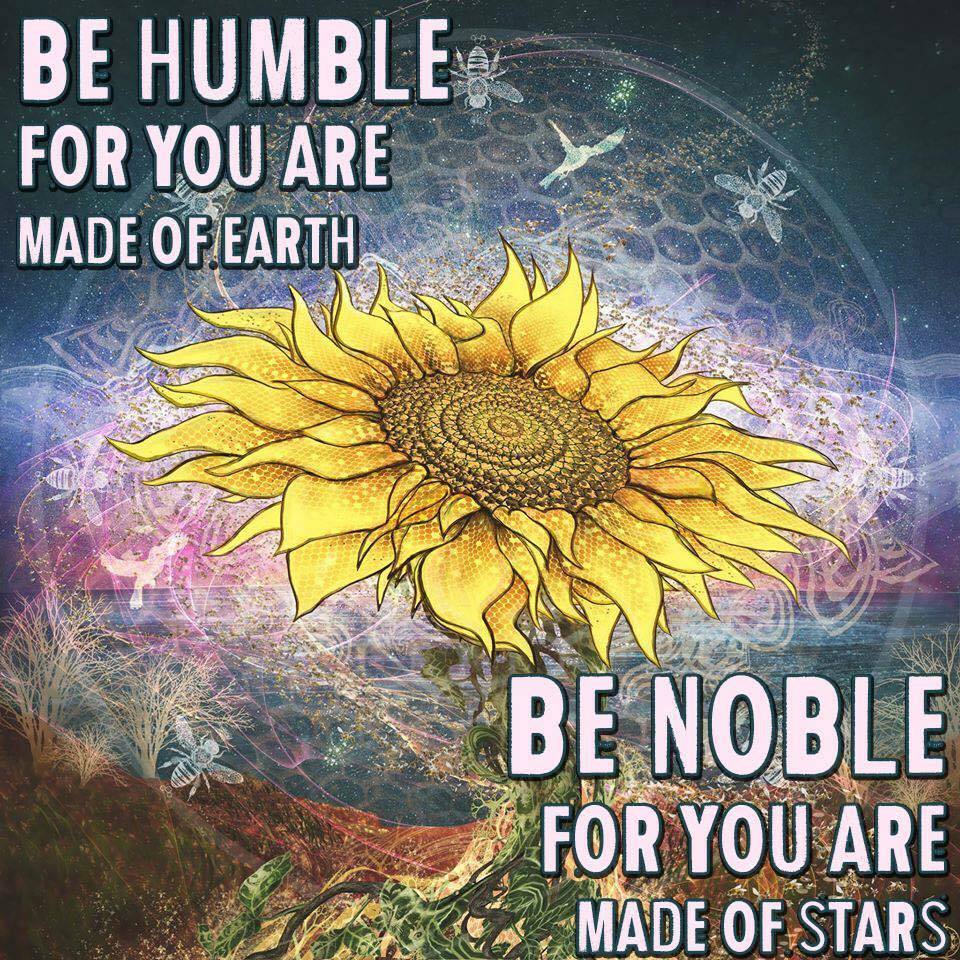 Social organizations of various kinds are sensible and useful when designed and run with the best interests of all members as their purpose for existence. When that purpose is no longer present they need either to change drastically in order to be of continuing service, or they need to be disbanded. In the business world this often happens, and although there it is driven purely by the profit motive, the ideas developed there can generate new ways of thought that can be used more widely, not just in the arena in which they were born.

New ideas are arising all across the world as the intense need for change becomes ever more apparent to all of humanity.

Many of these ideas would have been considered insane only two or three years ago when most chose not to address or dwell on issues either of a personal nature or of a global nature that needed attention. The willingness to be distracted from your true life purpose by activities that demand your total attention is collapsing because those unaddressed issues have become too vociferous to ignore any longer.

The main issue is letting go of judgment. Judgment has been endemic within humanity for eons and has caused immense pain and suffering for all. Now awareness is growing rapidly that the intense felt need to judge is fear-driven and has to be released if you are to bring peaceful resolution to all the issues and problems with which life as a human presents you.

You chose a human incarnation to avail of the extremely evolutionary learning experiences that would be presented to you, and then, as you grew from infancy to adulthood, your egos and their opinions became of overriding interest, encouraging you to compare yourselves to others and judge the apparent differences you observed between yourselves – ethnic, racial, color, gender, religious, political, philosophical – as faults, errors, and even criminal states, that YOU needed to correct in THEM, and by force if persuasion failed. When everyone determinedly chooses to believe themselves to be right and chooses to see others as wrong or misguided the result is a state of general distrust that can and very often does lead to conflict.

Over the last few decades a growing awareness of the damage that occurs when firmly ingrained opinions and a sense of righteousness are used to judge others has developed, and this is allowing and encouraging many to make essential changes in their attitudes and behaviors. The resultant tolerance of differing beliefs and life styles is having a remarkable effect all across the world. Yes, in some places it appears to be causing increased conflict, but this is due to the fear that arises when established attitudes and behaviors are seen to be unfair and divisive, and those with positions of influence and authority refuse to consider the possibility of change. But change cannot be prevented, and those who resist will be either side-lined or swept aside. 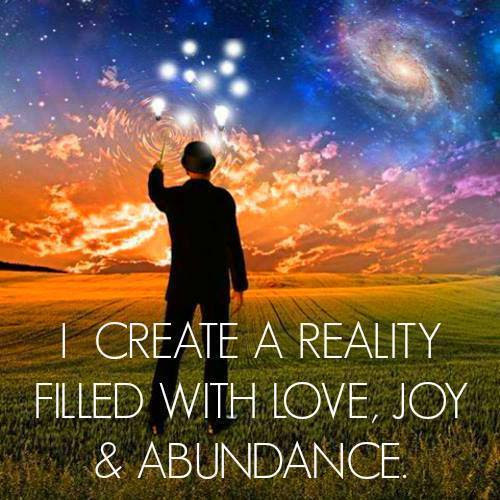 This truly is an age of change, of GREAT change. It is also an age filled with challenges for you all, and you knew this when you chose to be human at this moment in Earth’s evolutionary journey. To evolve spiritually is your earthly task, it always has been, but that evolution had been moving forward only very slowly until the 15th century of the current era. From that point it started to accelerate, and your increasingly modern technologies acted as a catalyst, so that now, although those modern technologies enabled enormous damage to be done to the planet and to all the life forms it supports, they can and will be used to bring about an undreamt of spiritual evolution due to the instant and worldwide communication abilities that all now have available to them.

Deceit and secrecy can no longer hide from you the vast corruption that those in positions of power have engaged in for so long. Presently there is an ongoing and severe backlash against the abuse of power in every part of the world, but there is also a growing awareness that this apparent power is unreal. It can only operate if people comply with its demands, and more and more people are refusing to accept it and cooperate with it. Awareness is also growing that it cannot be overthrown by violent means, which is what has happened again and again through the ages, because that just changes the faction that is in power, leaving everyone beholden, as before, to those who would control and use them.

Initially it seemed that life on Earth was a constant struggle for survival as the sense of separation from Source filled all with fear, leading to distrust that was then validated as people fought with those who appeared to be different – those from a different tribe, region, or belief system. Once a belief in enemies became established then there was a need for defence systems to be established to protect against them, even by preemptive action. And it is that fear that has led to so much ongoing suffering all over the world for countless eons.

With the recent rapid acceleration of your spiritual evolution, which is but a choice and a decision to release all that appears to separate you from your true nature, Love, it is now quite clear to the vast majority that harmonious discussion, willing cooperation, and the use of modern technology of every kind will enable you to resolve, on a global scale, the issues and problems that have seemingly divided you into opposing warring factions for so long, and at every level of human society. This awareness is a major breakthrough that will encourage all to seek and find, very easily, non-violent means of problem solving.

Your true nature is Love, because Love is your Source, and that is unchanging. You have attempted to live without It, and that attempt has been a dismal failure, so now you are ready to open your hearts once more to allow Love to flow through you and connect you beautifully and harmoniously in a wonderful and stunning embrace that welcomes all and excludes no one. Therefore, be loving and only loving, regardless of the situations in which you find yourselves, and awaken to the endless peace and joy that this brings you.

With so very much love, Saul.