This article will probably be quite long as there are many updates to include in this report/article. Pedo/Child abuse arrests are still ongoing. I believe there was some kind of breakthrough at the Solstice. This could have been partially because of our meditation on that day. Either way, it’s great to see results as you will see below. These are all in the last 4-5 days:

(Daily Mail) Proof of aliens or another hoax? Conspiracy theorists claim they have found a three-fingered ‘mummified humanoid’ with an elongated skull in a South American cave
(Fox News) Space Warfare: America could soon have a new branch of the military protecting outer space
(Mirror) The quiet alpine town in Argentina that housed thousands of Nazis after the war – and Hitler may have been one

(Daily Mail) Is there an undiscovered world in our solar system? Strange orbits of distant comets hint that a mysterious ‘Planet 10’ could be hiding in its outer reaches

(Daily Mail) The sun is sending powerful cancer-causing solar eruptions towards Earth – and now scientists say these plasma ‘sneezes’, which also cause power cuts, are getting HARDER to predict
(Daily Mail) Britain’s secret ‘X-Files’ dossier, containing details of 50 YEARS of UFO sightings across the country, has finally been released
(Daily Mail) Will an AI be the first to find alien life? NASA backs plans for smart robotic explorers that could scour the universe
More progress is being made as the Syrian Arab Army coupled with Russian air strikes are taking out Daesh and inching closer to the liberation of the country and the Goddess portal there:

“BEIRUT, LEBANON (10:05 A.M.) – The Syrian Arab Army (SAA), alongside the National Defense Forces (NDF) and Liwaa Al-Quds (Palestinian paramilitary), resumed their military operations in northeastern Hama, Sunday, targeting the Islamic State’s (ISIL) positions near the government-held town of Ithriya.
According to the official media wing of the National Defense Forces, the Syrian Arab Army and their allies liberated the Al-Abjar Hill this morning after a fierce battle with the Islamic State terror organization along the Hama-Raqqa provincial axis.”

“BEIRUT, LEBANON (2:25 P.M.) – The Syrian Arab Army (SAA) launched an important offensive in the western countryside of the Al-Raqqa Governorate, today, targeting the Islamic State’s (ISIL) last positions along the Ithriya-Raqqa Highway.
Led by their elite Tiger Forces, the Syrian Arab Army attacked the Islamic State’s positions along the Ithriya-Raqqa Highway, inflicting heavy damage on the terrorist group’s defenses.”
(AMN) ISIS doomed in Raqqa as Kurdish forces cutoff last supply line to the embattled city
“DAMASCUS, SYRIA (3:15 A.M.) – On Thursday, the Kurdish-led Syrian Democratic Forces (SDF) cemented their siege of ISIS-held Raqqa after taking control of the last village on the southern Euphrates River bank of the city.
In an advance that seems to have sealed the fate of ISIS insurgents bogged down within their own capital, the US-backed SDF imposed full control over Al-Kamb after wrestling control of the neighboring villages of Sheikh al-Jimal and Kasrat Al-Faraj earlier this week.
Effectively, Kurdish troops have fully ringed Raqqa city, leaving them no escape route to the Islamic State mainland elsewhere in Syria and Iraq.”

And for those interested Dr. Michael Salla wrote a very interesting piece about the recent gathering of all the worlds religious leaders in an effort to promote peace and unity:

(ExoNews) World Religions Unite as Prelude to Extraterrestrial Disclosure
“Leaders from a diverse collection of religious communities issued an extraordinary statement for world unity in a video message released last week. The call to world unity is a prelude to disclosure of extraterrestrial life according to independent sources working with secret space program whistleblower, Corey Goode.
The world religious leaders came together on June 14 to make a joint statement through a video calling on people to embrace ideas of friendship and unity, and to overcome negativity and division in society. It is available in 16 languages and features leaders from Buddhism, Hinduism, Christianity, Islam, Judaism and other faiths.”

We also have a new interview with Cobra, KP and Louisa via the Goldfish Report which can be seen below. I believe someone is currently working on a transcript. Cobra’s voice was difficult to hear this time. If you listen closely you can hear him but there are some words that are too gargled to understand. It is still an interesting talk nonetheless:

I was able to find David Wilcock’s interview on Coast to Coast last night 6/23. I don’t know how long it will be up but for the time being it is still available as of the time of this writing:

Great news was released the other day when I read the following headline:

“John Podesta, Hillary Clinton’s campaign chairman whose private email was hacked during the 2016 presidential campaign, will be interviewed by the House Intelligence Committee next week, multiple sources familiar with the expected interview told CNN.
The congressional panel is investigating whether President Trump’s campaign team colluded with Russia in an attempt to interfere with the outcome of the election.
Podesta will reportedly meet with the committee in a closed-door setting, making him one of the first key witnesses before the panel.”

They mention it will be a closed-door interview which is pretty lame as we won’t get to hear the questions asked by the panel. I sincerely hope it is not a bunch of ridiculous questions about Russia like Comey’s disastrous and obvious ploy for distraction interview from last week as of the time of this writing. Podesta and ‘friends’ will be arrested regardless of the outcome of this hearing so I suggest not putting too much energy into an expected outcome for this.
Last but not least Canadian journalist and author of the weekly intel report on his website Benajmin Fulford released an interesting photo from his additional website which he occasionally posts to with various pieces of information and intel: 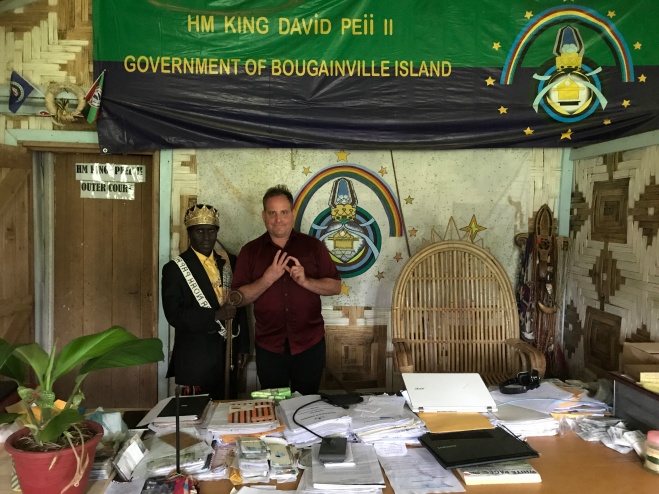 This was everything I wanted to gather this time around. Lots of stuff happened this week so I actually had to write much of it down so I wouldn’t have to try recalling everything from memory! I will close this article out with a video I made recently which depicts a beautiful future for us at and after The Event. Thank you and much love to each of you!