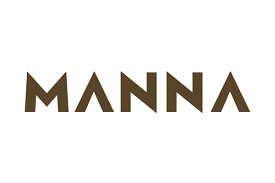 RV has officially begun in the restored Republic of the United States!  God is so great!!!!!

An internal memo from Wells Fargo went out from corporate say the GCR/RV is here today.

There was no shotgun start as previously thought.

Turns out there were 11 dozen Reno sub groups which have begun processing and are paying out in accessible US domiciled banks as of Monday morning.  And processing has been moving slowly, but finally moving, with two dozen sub groups still remaining to be processed.

At this hour, Reno is throughout to be well over the 70% threshold requirement for private T3 exchange completion–which automatically should release the beginning of T4 transactions, announced by 800#s that should appear sometime later this evening, Wednesday, into Thursday early morning.

There still are some T3 SKR transactions that still must be completed (including some ZIM bond/trade transactions) before the private T4 currency exchangers can begin their process we are told, but there’s not that many, so we don’t expect a delay.

We believe will now start on November 2 when the public FOREX and UN Operational rates will all be visible and permanently adjusted before that date.

ZIM platforms closed out this week at $10,250 USN, which is where an insurance wrap price point was settled.  This is more of a banking technicality, but it’s important to the process if you understand sovereign trade compliance.

Wells Fargo/Abbott Downing redemption teams have been informed to give out the higher redemption rates to those sincerely desiring to accomplish global philanthropic endeavors, meaning 3rd world countries, as well as those having domestic job creation agendas.  They’re not judging you, rather trying to place the most funds with those sincere about disbursing this manna out to those in the most need.

Look for a NESARA (National Economic Security And Reformation Act) announcement after the first wave of ZIM holders have safely been redeemed.  Which means the US President elections will be cancelled; the Obama Administration will be announced as resigned; the USN currency will be released and the Federal Reserve Bank will be absorb but the US Treasury; and Speaker of the House Paul Ryan will be sworn in as the interim President for the newly resorted Republic per the Constitution.. And possibly… extra-terrestrial disclosure.

Remember, this is gift given to all of us by some very benevolent Hu-man souls who waited a few hundreds years for this moment.  A silent and heartfelt “thank you Chinese Elders” as well as a “thank you God the Merciful” before, during and after your redemption appointment would be both appropriate and prudent given the size and scope of this manna.

And per always, think transition versus transaction and to surrender to the innocence of love flowing within your own heart before engaging in this event.  God’s will is the best and only dependable money manager for handling such an unprecedented opportunity.

For too much is given, much is expected.  Thus, too those who receive an infinite gift, an infinite surrender can be the only equivalent.

It was an honor for all us Intel providers who offered sincere and relevant information to the best of our ability.

Best of luck to everyone who dared to sow and reap their heart’s deepest desire.