Gladio B strikes London on Satanic holiday – one year after Brussels A MASSIVE, ICONIC terror event (a couple of people hit by a car, a policeman stabbed, an alleged perp shot) shocked and galvanized the world today. STOP THE PRESSES!

But wait a minute. More than 270,000 pedestrians are killed by vehicles each year, while well over a million are injured. That means more than a thousand are killed, and perhaps three or four thousand injured, every day.

Of the thousands and thousands of vehicular casualties that happen every day all over the world, a tiny fraction just occurred near the Parliament building in London. The logical inference: Somebody spent a rather small sum of money to arrange a publicity stunt which did not even make a faint blip on the day’s (much less the year’s) accident statistics — but which reaped hundreds of millions if not billions of dollars worth of virtually free publicity for the perpetrators. 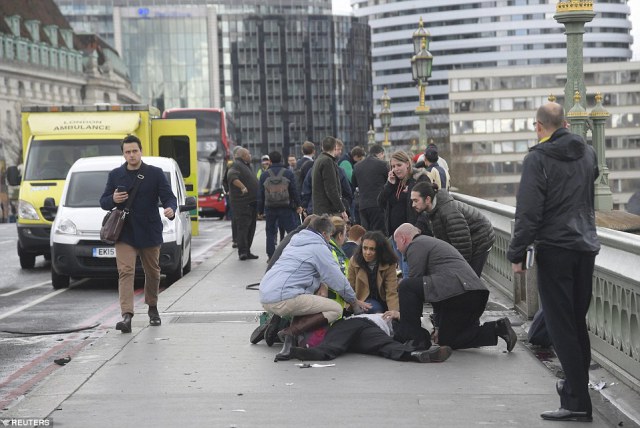 Earlier today, on March 22nd, a significant occult date and the beginning of what is known as the forty day season of sacrifice, the Westminster terror incident took place, as was reported.

The attack involved a man driving into a crowd of pedestrians outside of the House of Parliament, hitting 12 and injuring ten in the process.

After slamming his vehicle into a railing, he managed to break into the building and stabbed a police officer before being gunned down by armed guards.

UK authorities declared the incident a terror attack, but have offered no suspects and no subversive group has claimed responsibility as of yet.

This event took place on the one-year anniversary of the Brussels attacks. Coincidence? 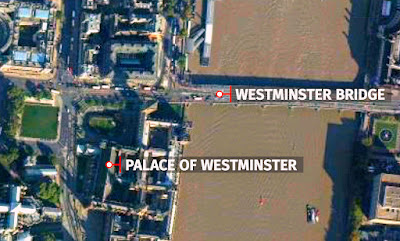 On 22 March 2017, “a terror attacker brought carnage to central London.”

The attack comes a year to the day after the 22 March 2016 terrorist attack in Brussels.

“Hundreds of armed police in speedboats zoomed down the river Thames today as part of major anti-terrorist drill in London.”

On 22 March 2017, more than 12 people are said to have been hit by a vehicle on Westmister Bridge after a 4×4 drove into pedestrians and cyclists before crashing into the gates of Parliament.

Confusion Over Identity Of London Terrorism Suspect, As Previously Named Abu Izzadeen Is Still In Prison
Update: it appears that press reports were wrong, because according to the BBC, Trevor Brooks aka Abu Izzadeen is still in prison. Which obviously means that he could not have been the attacker.