Paris Climate Agreement to Enter into Force on November 4, 2016 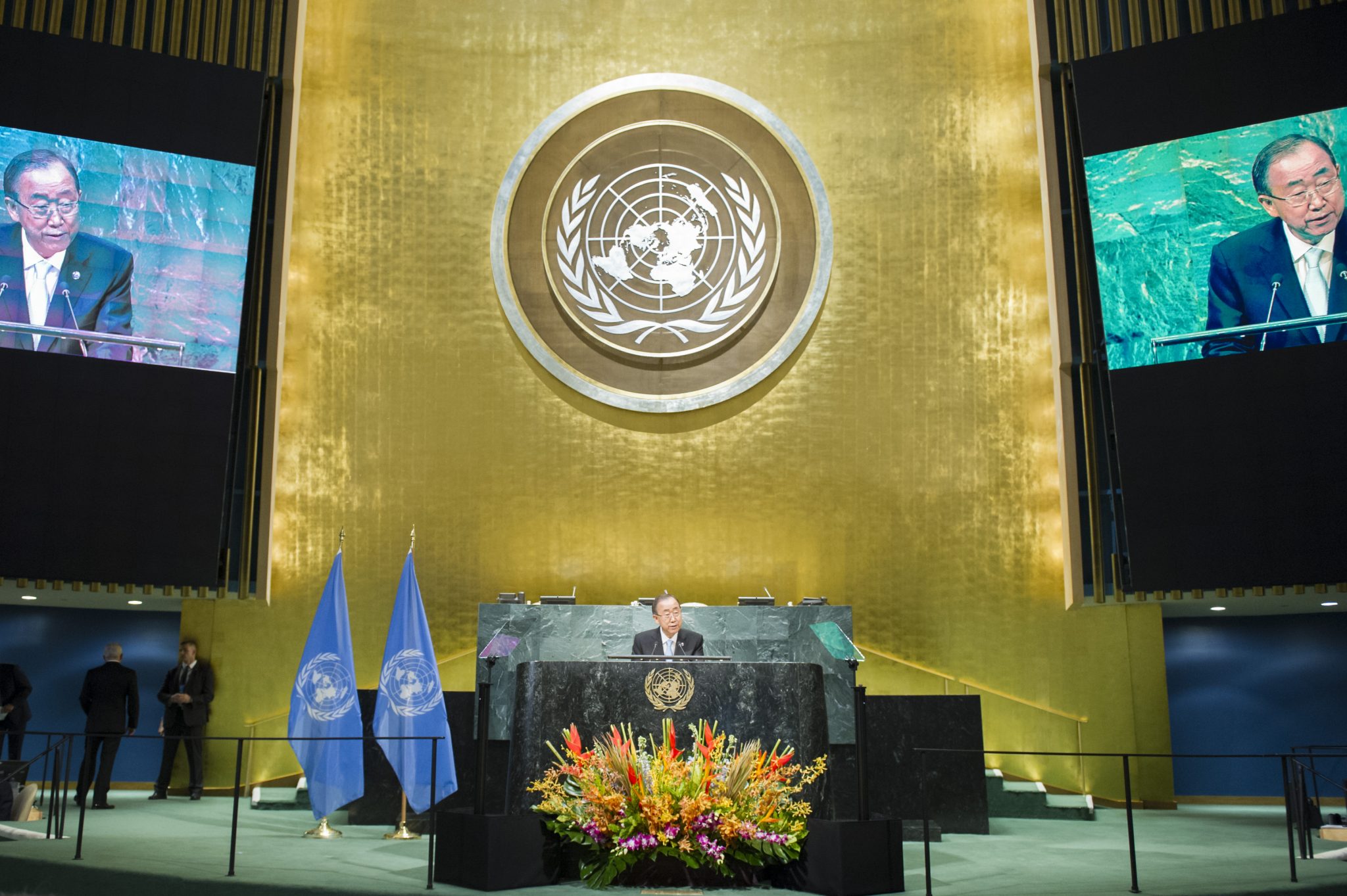 “This is a momentous occasion,” said UN Secretary-General Ban Ki-moon as the latest instruments of ratification were accepted in deposit. “What once seemed unthinkable, is now unstoppable. Strong international support for the Paris Agreement entering into force is a testament to the urgency for action, and reflects the consensus of governments that robust global cooperation, grounded in national action, is essential to meet the climate challenge.”

But he cautioned that the work of implementing the agreement still lay ahead. “Now we must move from words to deeds and put Paris into action. We need all hands on deck – every part of society must be mobilized to reduce emissions and help communities adapt to inevitable climate impacts.”

The Agreement provides that it shall enter into force 30 days after 55 countries, representing 55 percent of global emissions, have deposited their instruments of ratification, acceptance or accession with the Secretary-General. As of today, 73 countries and the European Union have joined the Agreement, exceeding the 55 percent threshold for emissions.

The requirements for entry into force were satisfied today when Austria, Bolivia, Canada, France, Germany, Hungary, Malta, Nepal, Portugal and Slovakia, as well as the European Union, deposited their instruments of ratification with the Secretary-General.

These countries were the latest to join the Agreement this week, following New Zealand and India, and the 31 countries which joined at a special event at the UN on 21 September during the General Assembly high-level week. In early September, the world’s two largest emitters, China and the United States, joined the Agreement, providing the impetus for other countries to quickly complete their domestic ratification or approval processes.

The Agreement will now enter into force in time for the Marrakech Climate Conference (COP 22) in Morocco in November, where countries will convene the first Meeting of the Parties to the Agreement. Countries that have not yet joined may participate as observers.

Patricia Espinosa, Executive Secretary of the UN Framework Convention on Climate Change, said, “Above all, entry into force bodes well for the urgent, accelerated implementation of climate action that is now needed to realize a better, more secure world and to support also the realization of the Sustainable Development Goals.”

“It also brings a renewed urgency to the many issues governments are advancing to ensure full implementation of the Agreement,” she added. “This includes development of a rule book to operationalize the agreement and how international cooperation and much bigger flows of finance can speed up and scale up national climate action plans.” she added.

The Paris Agreement’s entry into force was extremely swift, particularly for an agreement that required a large number of ratifications and two specific thresholds.

The Paris Agreement, adopted on 12 December 2015 in Paris, marks a watershed moment in global efforts to address climate change. Adopted by 196 parties to the UN Framework Convention on Climate Change (UNFCCC) last December in Paris, the Paris Agreement’s central aim is to strengthen the global response to the threat of climate change by keeping the global temperature rise this century well below 2 degrees Celsius above pre-industrial levels and to pursue efforts to limit it to 1.5 degrees Celsius.

The Agreement calls on countries to combat climate change and to accelerate and intensify the actions and investments needed for a sustainable low carbon future, and to adapt to the increasing impacts of climate change. Additionally, the Agreement aims to strengthen the ability of countries to deal with the impacts of climate change. It calls for scaled up financial flows, a new technology framework and an enhanced capacity-building framework to support action by developing countries and the most vulnerable countries in line with their own national objectives. The Agreement also provides for enhanced transparency of action and support through a more robust transparency framework and a stocktaking mechanism to ramp up ambition over time.

Additionally, many countries have announced they are committed to joining the agreement this year. For a country that joins the Agreement after it enters into force, the Agreement will become binding 30 days after it deposits its instrument of ratification, acceptance, approval or accession with the Secretary-General.

191 countries have signed the Agreement, signifying their intention to join.