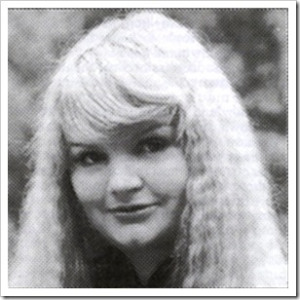 I’m compiling a book on Disclosure and our star family.

This 1995 interview with Sharula Dux, spokesbeing for Agarthans who live under Mount Shasta, answers many questions we have about this below-ground civilization.

Princess Sharula Dux is a woman known to me for many years. Her message is amazing, yet simple: she is from Telos, a Lemurian city beneath Mt. Shasta. She has come to the surface to begin sharing her culture with ours, so that we might mutually benefit and become one whole civilization.

Several times over the years I have known her, I have heard Sharula speak. I have listened very carefully; never have I heard her contradict herself on the information, which to our ears is complex. She is unassuming; she has a good sense of humor, and gives a lot of love to those around her. She feels like an old and wise being.

In 1995, with Sharula’s permission, I combined information from two tapes she recorded about Telos with my memory of her answers to questions I and others have asked her. I gave it the form of an interview. She has approved it in its entirety.

Sharula Dux: Twenty-five thousand years ago, there were two major civilizations of Earth. One was based in the continent of Lemuria, or Mu, which included the area of much of the Pacific Ocean, the western United States, and parts of Asia. The other was Atlantis, over much of what is now the Atlantic Ocean and parts of Africa and Europe.

There was a disagreement between these two civilizations concerning the social and political evolution of the rest of the human race: Lemuria wanted the less advanced civilizations of Earth to remain free, and Atlantis wanted to govern or control them.

A lengthy war broke out between the two. These wars became so severe–they even included thermo-nuclear warheads–that karmic energies were set in motion that would eventually sink both continents.

JC: You used thermo-nuclear warheads? Is there any evidence of this that we can see today?

SD: Yes, the Gobi desert and the Sahara desert, to name just two. After the war, many of the Melchizedek priests and priestesses of Lemuria saw into the future, and foretold the sinking of the continent. They began to look for a place to move.

They settled on Mt. Shasta in the eastern part of Lemuria, a great mountain already considered sacred, and which they understood would be safe in the coming cataclysm. They decided to build underground, partly because of the shocks Earth would sustain from the sinking of two continents, and partly because the original atmospheric mantle of Earth had gone, subjecting life on the surface to harmful ultra-violet rays.

In deciding where to build their city, they came upon a great domed cavern within Mt. Shasta, several square miles in area and hundreds of feet high. This became the top level of Telos.

SD: The whole southwestern United States was then called Telos, which means “union with spirit,” so that name was chosen for the city. Four levels were built under the top level, five levels in all, and the city was built to house up to two million people.

JC: How many people live in Telos now?

SD: One and a half million. But it began with only 25,000 people, who moved into Telos 100 years before Lemuria sank. Very few others survived the earthquakes, tidal waves and volcanic activity that accompanied the sinking.

JC: When was this?